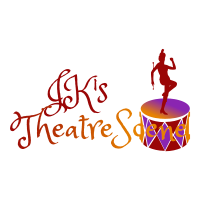 We've got a bunch of Playbills just taking up space. Would you like any of them? If you missed a show, want to add to your favorite show collection, or are a simple collector like we are, maybe you'll find what you are looking for below! Each Playbill has been saved in a smoke-free environment, and is gently used, but close to new condition. That is, we had to get it home from the theater!
If you'd like to make a purchase, please email us at jkstheatrescene@yahoo.com with the titles you want. We have multiple copies of many of these titles! Be sure to check back - we'll be adding more titles soon!
PLAYBILLS AS PRICED BELOW. SHIPPING ONLY IN THE US. PAYMENT THROUGH PAYPAL.
SHIPPING: $6.00 (US only) 1-2 Playbills, $8.00 3-4 Playbills, $12.00 5+ Playbills
All orders will be shipped in bubble wrap envelopes with cardboard.
NOTE: The Playbills pictured below represent the cover described, but are not the actual Playbills. I am lousy at taking pictures, but will send one to you if you prefer that.
As of January 17, 2023:
!
Broadway Musicals: Current/Recent/Revivals/Classics
JUST ADDED!!

OFF-BROADWAY:
* - all Original Cast, except Puffs, which is the closing company