The original 64 candidates - cultivated from YOUR nominations are divided into 4 "periods": The Classics, The Next Generation,Current/Recent/New and Beyond Broadway & Flops. Now, your votes have narrowed them down to The Sweet 16, and this week you will vote again to create The Elite 8!

Once again, there were SEVERAL surprise eliminations - the one I thought would win it all was taken out in week one! Anything can happen, so vote and spread the word!

The Greatest Musical Opening Number
Tournament: The Sweet 16
Be sure to consider the show & the song, not just the show. It is possible that the best opening number might not be from the best show!  Unlike previous tournaments, every question is not "required," though we hope you'll each one. So if you aren't familiar with a song, you don't have to vote on that pair (but of course you can!). 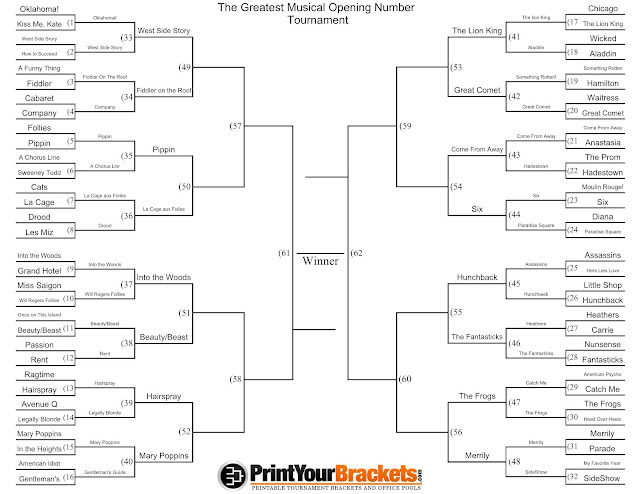