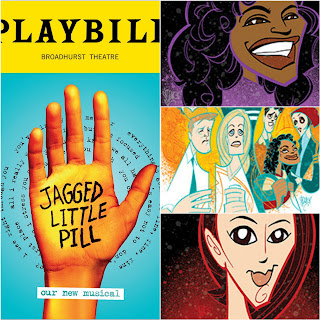 No doubt you've seen our Playbill and Lights of Broadway cards pages. (See the icons to your right or the tabs above, if you haven't checked them out!) There you'll find an inventory of collectibles of each, great for adding to your collections of favorite Broadway shows and stars. Or maybe you are Playbill and/or LOB card collectors with gaps that need filling. Be sure to check out those lists regularly as we update them frequently.

But what if you want some of each for a favorite show? We can do that, too! And best of all, save you some money on shipping, too! Instead of shipping the cards separately, we include everything for the shipping on the Playbill. Like always, we ship everything with cardboard, plastic wrap, all in a bubble wrap envelope. All of the cards are in mint condition, and all of the Playbills are "gently used" unless otherwise specified. (We had to carry them home after all!) Check out our packages below. The prices include the specified Playbill, the cards listed, and the shipping!

➢ We use PAYPAL or VENMO for all transactions. Contact us at jkstheatrescene@yahoo.com to purchase, to create your own package, or to ask any questions. We look forward to hearing from you!