Well, the TheatreScene was all about the Tonys this week, right?  Well, almost!

First things first - even though I only correctly predicted 77% of the musical Tony Awards nominations (my buddy Mike guessed an even more impressive 80%!), there really weren't any huge surprises to the ones I got wrong.  I think several of the categories will be really hard to predict, which is nice for a change.  I think that speaks well of the overall quality of this year's crop of shows.  Of course, I'm happy with some nice choices, like remembering the wonderful score to The Last Ship, and the awesome inclusion of the spectacular movement of The Curious Incident of the Dog in the Night-Time in the choreography category.  And there were some disappointments for me, too: I really hoped that John Doyle's brilliant direction of The Visit would have been recognized, and the complete shut out of Finding Neverland does not diminish my love or enjoyment of it. 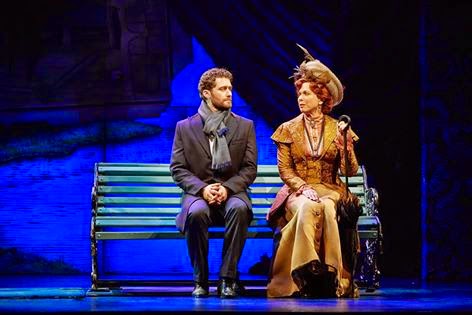 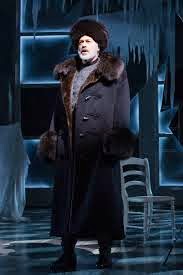 Don't get me wrong, I appreciate Carmello and Hewitt's talents.
But they sure have been in a lot of flops!

Speaking of Neverland, I've read lots of people opining on the "Weinstein Effect" and the possibility that there was backlash against the show because its lead producer is less than well-loved by many in the industry.  But I wonder if it's really more like "Carmello Curse"?  Aside from Falsettos, every show Carolee Carmello has originated a role in has been either a critical failure or a monetary one - and usually both.  Scandalous...Lestat...Parade On the other hand, she usually comes out smelling like a rose with several awards nominations for roles in these stinkers.  Doctor Zhivago may also have suffered a Tony shut out due to the "Hewitt Effect" - Tom Hewitt's track record in originating roles is even worse.  Only The Rocky Horror Show was a moderate hit on his resume.

My favorite moment of Tony Nominations Week is the reaction of Fun Home's Beth Malone to her new status as Best Leading Actress Tony nominee.  After expressing her joy, relief, surprise and gratitude, she kept it real with this picture she sent in to Playbill.  I love her even more now! 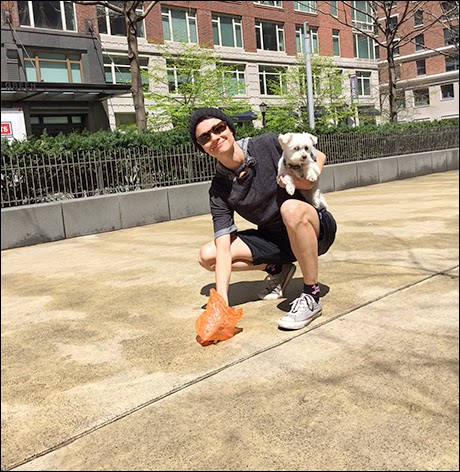 And here's my favorite show picture of the week: 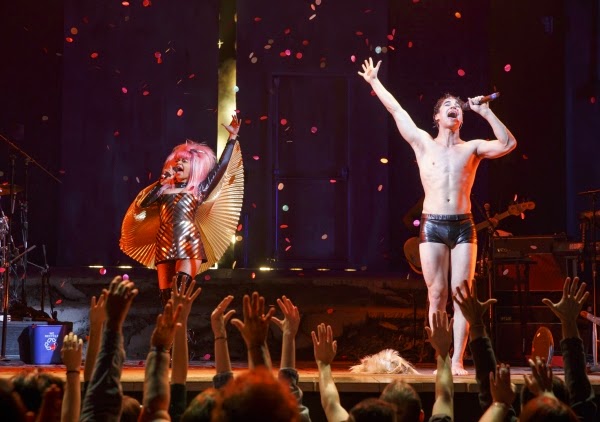 I know there are plenty of naysayers about Darren Criss taking over in Hedwig, but I'm thinking he might bring something interesting and exciting to the whole gig.  (And he looks amazing in those leather shorts!)  I'll let you know what I think of his work (and that of Rebecca Naomi Jones) after I make a return visit to the Belasco next month!

Don't forget to cast your vote in this week's "Trendsday" Poll! (Click the "Vote Now" icon at the top of the left column on this page!)