The White House on Broadway 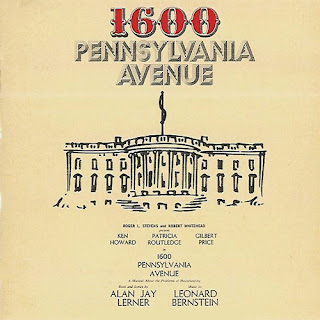 Like everyone we know, we were glued to out devices keeping tabs on the election and our new president. Broadway (judging by Twitter alone) was right there with us. Broadway shows don't shy from politics: Think 1776, Hamilton, and how they portrayed the Founding Fathers (including several presidents).
The Best Man is a play all about a fictional president. Have any other presidents been musical-ized by themselves? Yep! Today we'll take a quick look at two musicals about presidents and one about the White House itself. What you'll see is that to date, American Presidents haven't done that well as musicals, & in all cases, the shows were created by really incredible people despite their lack of success. 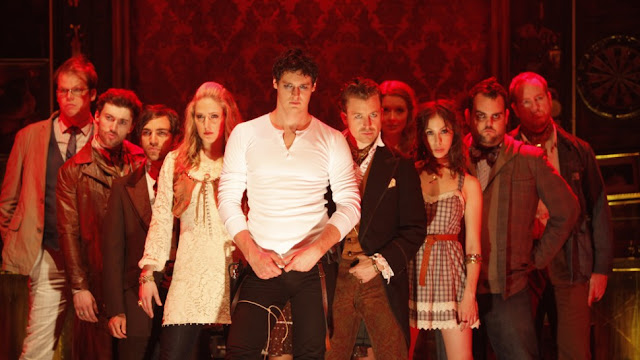 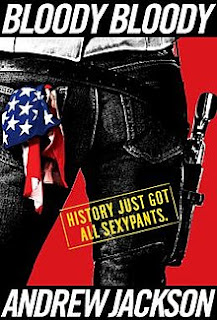 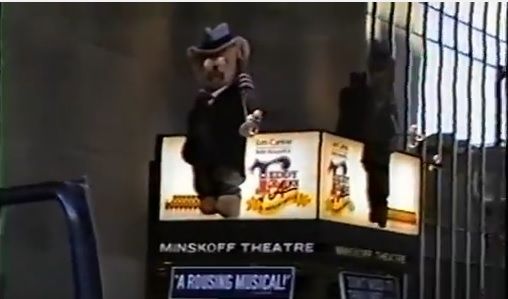 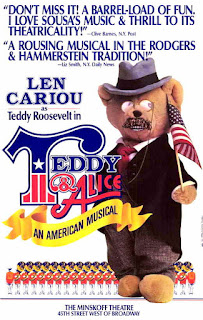 Teddy and Alice (1987)
RUN: 11 previews, 77 performances Opening Night: November 12, 1987 Closing: January 17, 1988
CREATIVES: Jerome Alden (book); John Philip Sousa (music), Hal Hackaday (lyrics); John Driver (director)
NOTABLE CAST: Len Cariou, Beth Fowler, Richard H. Blake (as a small child!), Nancy Opel, Karen Ziemba
THE PRESIDENT: A traditional patriotic, splashy musical about Teddy Roosevelt and his troublesome daughter, Alice. Using the classic music of John Philip Sousa, I can tell you the music was not the problem here. With a tagline of "An American Musical," the show was huge and meant to be an answer to the growing list of Broadway mega-musicals. I though it was fun and really entertaining, if hopelessly old-fashioned. Len Cariou was wonderful. And I'll never forget the giant White House facade which opened to reveal a stunning mansion set.
Speaking of the White House... 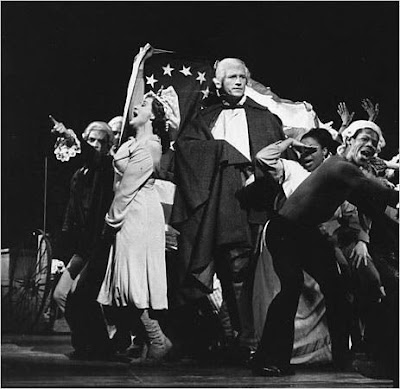 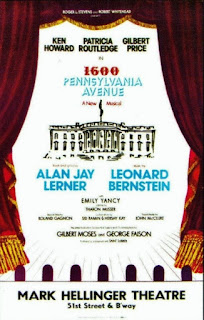 1600 Pennsylvania Avenue (1976)
RUN: 13 previews, 7 performances Opening Night: May 4, 1976 Closing: May 8, 1976
CREATIVES: Alan Jay Lerner (book, lyrics); Leonard Bernstein (music); Gilbert Moses and George Faison (direction)
NOTABLE CAST: Ken Howard, Patricia Routledge, Beth Fowler, Walter Charles
THE PRESIDENT: Actually, the president's house in this case. Even icons have weak moments. How else could you explain the failure of the show? Maybe the country was suffering from bicentennial fatigue? Maybe we just didn't want to hear any more about the White House after the whole Nixon/Watergate thing? Of course, it could be the subtitle: A Musical About the Problems of Housekeeping. I'll just leave that there.
Interesting fact: both Beth Fowler and an ensemblist named John Witham appeared in both Teddy and Alice and 1600 Pennsylvania Avenue.
#2444
Posted by JK at 7:00 AM