At This Theater: The Belasco

I've been seeing shows at the Belasco Theatre long enough to have been there before and after its refurbishment. The Belasco of today is a far cry from the old, which was dingy, dirty, and visibly falling apart. Thank the theater gods that it transformation happened! As it currently stands, it has probably my favorite interior, with its stunning decor and lighting fixtures and gorgeous stained glass windows. You can feel the history every time you enter the house. (You feel a different kind of history, though, in the tiny lobby/box office area, with its floor to ceiling dark marble. Mausoleum vibes!)
At This Theater:
The Belasco 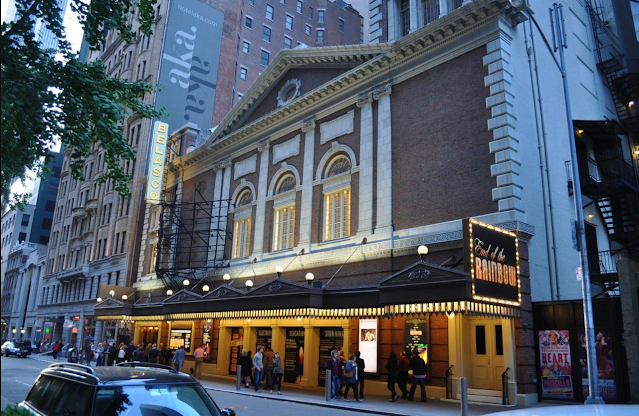 Between us, we've only seen five different shows there, but we saw Hedwig several times, and I'm happy to report that pretty much anywhere in the house offers at least a good view - and that includes both box and on-stage seating!
# of Shows We Saw There: 5

Shows We Saw There: Passing Strange, Women on the Verge of a Nervous Breakdown, End of the Rainbow, Twelfth Night, Hedwig and the Angry Inch
How They Rate: 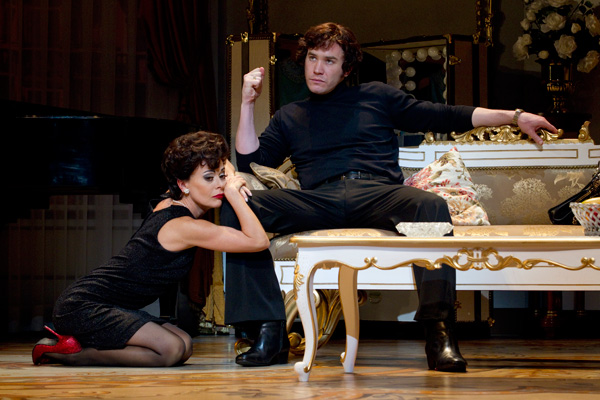 5. End of the Rainbow: Mike saw this one, I did not. He says, "It was memorable for Tracee Bennett's manic performance. I also enjoyed seeing Tom Pelphrey from The Guiding Light."
WHERE HE SAT: Balcony: far away, but good sight lines. 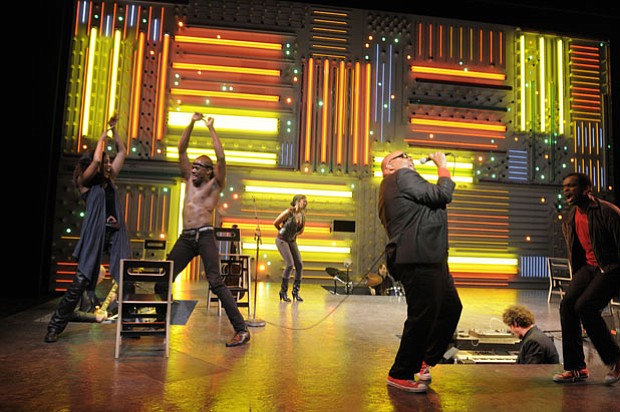 4. Passing Strange: Here's a show Mike and I disagree on. He enjoyed it. I did not. One thing we did agree on is that we felt it really pushed the boundaries of musical theater, and that's always a good thing. He enjoyed the score, while I felt it was a bit self-indulgent, particularly with Stew himself literally center stage. Still, the cast was amazing, including both Rebecca Naomi Jones and Daniel Breaker.
WHERE WE SAT: Side right orchestra about 8 rows back on the aisle: excellent view. 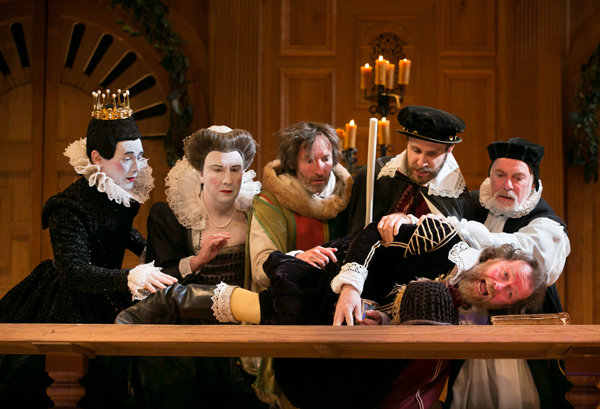 3. Twelfth Night: Aside from the thrill of seeing such gifted actors as Mark Rylance, Samuel Barnett and Stephen Frye doing Shakespeare, perhaps the most memorable thing about the production is that it was done as closely as practical to the way it was done in The Bard's time; men played all of the roles, much of the lighting included candles, and there was a Globe-like unit set. It was fun and so theatrical!
WHERE WE SAT: On stage! It really added to the experience, being up close to and part of the action. Surprisingly, I never felt like we missed a thing, sitting on the side of the stage, up on a huge multi-level platform. And it was really cool to look out into the theater, seeing what the actors can - it is true, you really can see obnoxious patrons clearly from there! 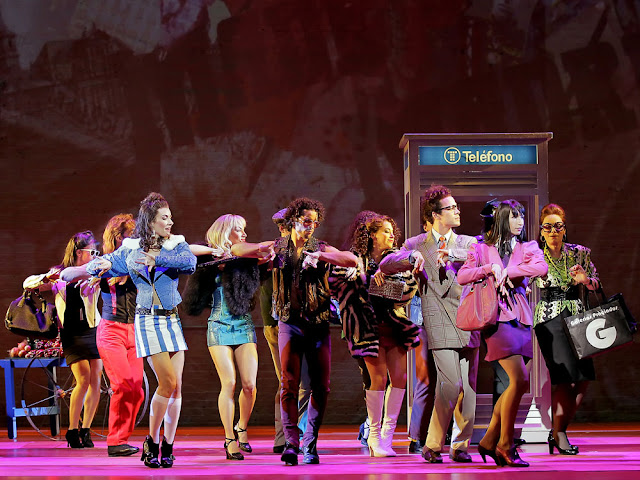 2. Women on the Verge of a Nervous Breakdown: I always wonder what we would have thought of it, had we seen it after opening night, like we were supposed to. As it turned out, thanks to postponements, we ended up seeing one of the first previews. Well, though it was clearly still a work in progress, it was in terrific shape. And as a theater aficionado, it was a thrill to see it at this point. I will never forget Laura Benanti stopping the show with her tour de force number, "Model Behavior," or a very game Patti LuPone whizzing by, wig askew, on a motorcycle, or fellating a lollipop while singing and swinging from a bungee cord! David Yazbek's score remains one of my favorites of the 21st century,
WHERE WE SAT: Side left orchestra about 8 rows back on the aisle: excellent view, nothing cut off. 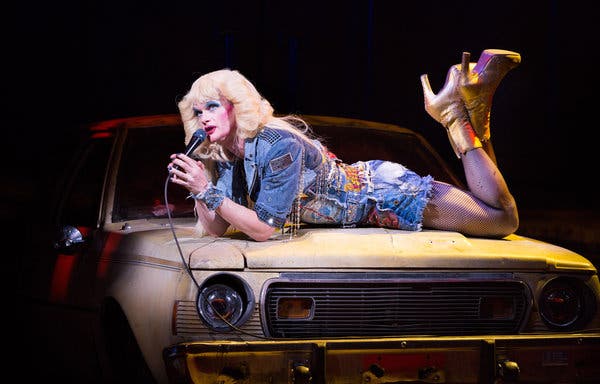 1. Hedwig and the Angry Inch: I'm pretty sure both Mike and l of agree that Hedwig is not one of our absolute favorite shows. But the performance of it is just so exciting, and this production was so wonderfully staged, we ended up seeing it four times. Each of the three actors we saw in the title role - Neil Patrick Harris, Darren Criss and Michael C. Hall were so different, it truly became a study in the craft of acting.There was so much to love and appreciate about each performer, it wouldn't really be fair to pick our favorite. And Lena Hall was simply brilliant, while Rebecca Naomi Jones brought her own lively spin on the role of Itzak, and proved why she remains one of our favorite Broadway performers.
WHERE WE SAT: Center mezzanine: the perfect view, able to see the big picture and still see the tiniest of details. House left box seat. Another great view, with an up-close view of most of the stage.
#2613
Posted by JK at 7:00 AM

Labels: At This Theatre, Belasco Theatre, End of the Rainbow, Hedwig and the Angry Inch, Passing Strange, Twelfth Night, Women on the Verge