All Aboard! Favorite Designs: Broadway Trains 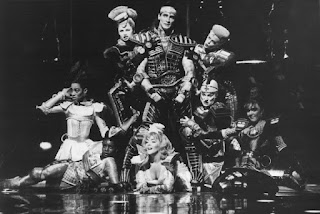 A couple of months ago, we wrote about onstage cars and our love for them. This time around, we are making tracks, jumping onboard the (Starlight) Express, and celebrating a surprisingly frequent mode of transportation gracing our Broadway stages - TRAINS! Here are just a few.
All Aboard!
Favorite Designs: Broadway Trains

The very first train I ever saw onstage was in the original Broadway production of 42nd Street. The song was "Shuffle Off to Buffalo," and the pretty chorus girls appeared in creative configurations while doing even more creative "berth curtain choreography." 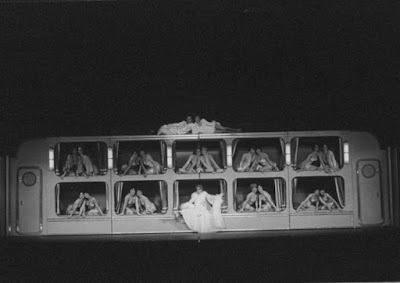 Later the same day, I saw Cats for the very first time, and it, too, featured a "train."  And I have to say it is still one of my favorite choo-choos onstage. It is certainly the most creative. And that song is fun every single time. 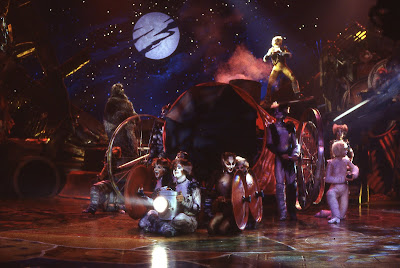 Another time a train was featured in a Broadway show was Bullets Over Broadway, a show I generally loathed, though the performances were wonderful in spite of that. And the production values were top-notch, including the train car below. (Oh how I miss Marin and Nick.) 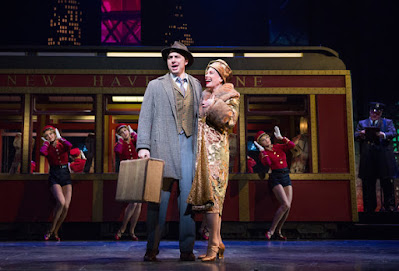 Another show I really disliked featured a beautiful train. I mean, how can a show with a train in the title not have a beautiful one? The show: On the Twentieth Century. 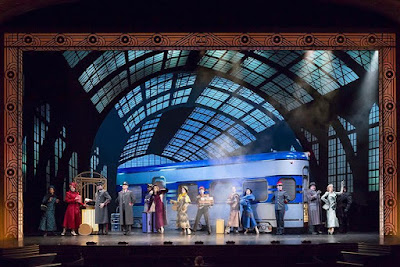 Finally, a whole show about trains! I know there are tons of you who hate this one, but I loved it! Starlight Express took my breath away visually, and it was a load of good old-fashioned fun on top of it all. Some shows can be just fun, right? Besides, I learned a valuable lesson: Freight is Great! RACE TIME! 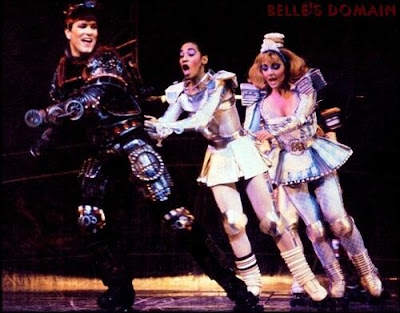