The Friday 5 Quiz: Roxie or Velma? 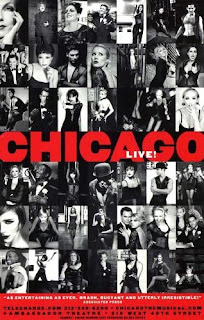 How well do you know the merry murderesses from the revival of Chicago? It's been playing longer than some of you have been alive, so needless to say there have a lot of actors that have played each of the roles over the years. This week's Friday 5 Quiz asks you to tell which character, Roxie Hart or Velma Kelly, did each of the following play in the long-running Broadway revival. (The answers to last week's quiz are below as well.)

The Friday 5 Quiz:
Was She Roxie or Velma?

5. In A Chorus Line: "The Music and the Mirror" or "Dance: Ten, Looks: Three"
Val's number comes before Cassie's.