The calendar tells me it is the middle of the year, the stare of summer.  The Broadway season calendar tells me that the the year is over, and it is a new year now.  All of the possiblities of last season have happened, leading up to the biggest event of the season, and then it starts all over.  And so, here we are, at the start of a new season, and there are some interesting things on the immediate horizon.

But before I look ahead, though, here's what happened since the last time I blogged like this (HERE).  This time last season, I mentioned wanting to see 6 plays, and I managed to get to four of them: The Assembled Parties (A), The Nance (B), Lucky Guy (C), and Vanya and Sonia and Masha and Spike (A+), an average of B+.  As far as musicals go, I got to all of them: Cinderella (A), Motown (D+), Kinky Boots (B+), Matilda (A+), The Last 5 Years (B-), Jekyll and Hyde (F), and Pippin (A+), an average of C.  Amazing how a couple of crappy shows can drag a season down ...

Here's what I am looking forward to that is opening between June and August:

PLAYS: There are no plays opening that really interest me this summer. 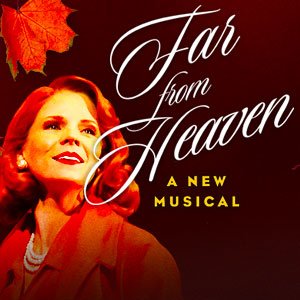 Far from Heaven (Off-Broadway at Playwrights Horizons): B I saw it already (click the show icon to your left to read the review), and I liked it more than not.  It needs a little work, but that score... and Kelli O'Hara... WOW! 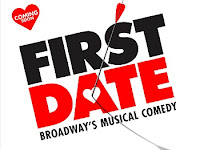 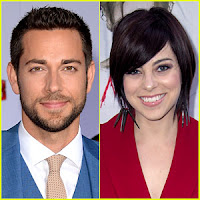 First Date (On Broadway at the Longacre Theatre): It sounds kind of silly in that dinner theatre/community theatre kind of way.  The addition of Krysta Rodriguez and the yummy Zachary Levi to the cast makes it much more interesting.  We shall see... (Seeing it in August...) 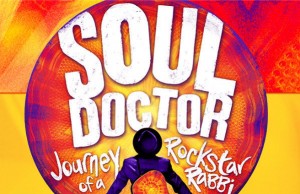 Soul Doctor (On Broadway at Circle-in-the-Square): I know so little about this, I'm embarrassed.  I have to admit that it sounds like snoozer, but I want to be able to say I saw this one if it is a fast flop or if it becomes a big hit.  Often, the shows I have no expectations for end up being among my favorites (next to normal, Xanadu, Blood Brothers...)  (Seeing it in August...)

If it ends up that Let It Be is eligible for Best Musical and other Tonys, I'll be sure to get to it.  Same with the will-it-happen-or-not Always...Patsy Cline. 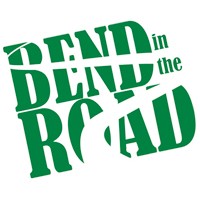 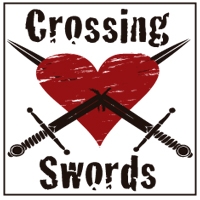 And this summer, for the 3rd year in a row, Mike and I will be watching the future of musical theatre at The New York Musical Theatre Festival.  Oddly enough, due to scheduling issues, we could only choose shows playing the last weekend of the festival.  I'm sure it'll still be a great experience, since (as usual) we are seeing a "Traditional" sounding show (Bend in the Road) and a more contemporary sounding show (Crossing Swords).  You never know what you'll get, but is always a promising adventure!