DON'T FORGET TO CHECK OUT THE WINNER'S LIST FOR
THE 3RD ANNUAL JKTS AWARDS BY CLICKING HERE.

BEST MUSICAL: Kinky Boots I'm not surprised at all.  And good for them.  I'm not going to make any sour grapes comments.  As long as it wasn't Scandalous.

BEST SCENIC DESIGN: John Lee Beatty - The Nance It truly is a sight to behold.  Rob Howell - Matilda Only Pippin really came close, but not really.  That set is as magical as the little girl in the middle of it all.

Kinky Boots: "Everybody Say Yeah" Nice closing number for the Tonys!  And a very fair representation of what the show really is.  Maybe I'll get to see it again in a few years...

BEST LEADING ACTRESS IN A MUSICAL: Patina Miller Sincere. Nervous.  Let the backlash begin.  (Even though we all know she deserves it!)

BEST LIGHTING PLAY AND MUSICAL: Peggy Eisenhower and Lucky Guy.  The only thing I remember about that show, really.  Hugh Vanstone the lighting of Matilda was truly magical.

IN MEMORIUM: "True Colors" is the perfect underscore for this tribute.  What a great performance by Cyndi Lauper.

*** Matthew Broderick is a sour puss.

BEST LEADING ACTOR IN A PLAY: Tracy Letts I guess it is time to re-think the whole"if it is closed, it can't win."  That's 3 so far.

BEST LEADING ACTOR IN A MUSICAL: Billy Porter a gem.  Best speech of the night.

*** Do you think Mike Tyson gets that Neil Patrick Harris is teasing each time?

The Phantom of the Opera: The only good song in the score (IMHO) and a good version to boot.  Harold Prince the living legend.  Enough said.

BEST BOOK OF A MUSICAL: Dennis Kelly Matilda: the Musical A triumph of book writing, so glad that the Tonys recognize quality.

BEST REVIVAL OF A PLAY: Who's Afraid of Virginia Woolf? Man, I wish I had seen this one

Pippin: "Corner of the Sky"/"Magic To Do" Despite some shitty TV cuts, Pippin still rocks the place!  And can Matthew James Thomas get any cuter?

A Christmas Story: "You'll Shoot Your Eye Out" Another show that puts those Annie urchins to shame.  And how much cash do those producers have?  They flew Caroline O'Connor all the way in from Australia!  Start selling tickets for that return engagement NOW!

BEST PLAY: Vanya and Sonia and Masha and Spike Any bets on how long before they announce a longer run? Well deserved!  Christopher Durang gets played off?  BOOOO!

PLAY MONTAGE: A decent way to do it, I guess.  But if there's time for Motown and The Rascals, there should be more time for plays.  SLOW DOWN, Jesse Eisenberg

TheRascals: Even with a cheesy montage, they are better than Motown.

FEATURED ACTRESS IN A MUSICAL ANDREA MARTIN - Pippin A shoo-in, but deserved!

BEST CHOREOGRAPHY: JERRY MTCHELL - Kinky Boots I can live with it.

Annie: "Hard Knock Life"/"Little Girls" - Showing off that fossil's best assets were a wise move.  Jane Lynch even off key is better than Katie Finneran.  But let's face it, Matilda is the new Annie.

Motown: The Musical: "Get Ready" Didn't Hairspray do this number 10 years ago?  Or am I thinking of Memphis?  So far, the least inspiring of the numbers...

DIRECTION OF A PLAY: PAM McKINNON -Is this the first time both Best Directors are women?  She's a riot! Breathe, honey.

DIRECTION OF A MUSICAL: DIANE PAULUS - First win!  Most deserving!  If she hadn't won, there would have been a riot at Radio City.

**Can we pause and reflect on the cute red-headed guy next to Jerry Mitchell?

SOUND DESIGN: JOHN SHIVERS - Kinky Boots Leon Rothenberg - The Nance
Just proves that no one who votes knows what sound design is.  Both had long stretches where the sound was muddled when I saw each.

Cinderella: "It's Possible"/ "The Ball" The perfect representation of what this show is... performance, spectacle, great stars!  can't wait to see it again!

FEATURED ACTOR IN A MUSICAL:

GABRIEL EBERT - Didn't see that coming!  He was good.  Congrats!  Cool speech - real, humble!  The guy I'd like to be friends with.

Bring It On: The Musical: "It's All Happening"  Great intro to the show... geet those teens begging to see this/do this show!  I miss this show!

BEST FEATURED ACTRESS IN A PLAY

JUDITH LIGHT - One of the greatest contemporary actresses.  Classy woman.  Did she forget anyone?

Matilda:the Musical : "Revolting Children" I'll say it again, it looks like "Bitch of Living" and "Totally Fucked" as performed by kindergartners.  Effective as hell!  And "When I Grow Up" makes me cry every time I hear it...

BEST FEATURED ACTOR IN A PLAY

COURTNEY B. VANCE - Nice, classy speech.  Was this a surprise?

Dear NY1, Your coverage of the Red Carpet for the Tony awards was a disaster.  Embarrassing.  Inept.  A quartet of idiots that, were I a journalism teacher, I'd make students watch this as an example of what NOT to do.  Thanks for nothing.  Jeff

7:19:  Cyndi Lauper is so sweet.  She has to be sick of answering "What is it like to do your first musical?  Is it exciting?"  Her process is so honest.  Harvey Fierstein and Cyndi love Jerry Mitchell!  Her work ethic is inspiring. 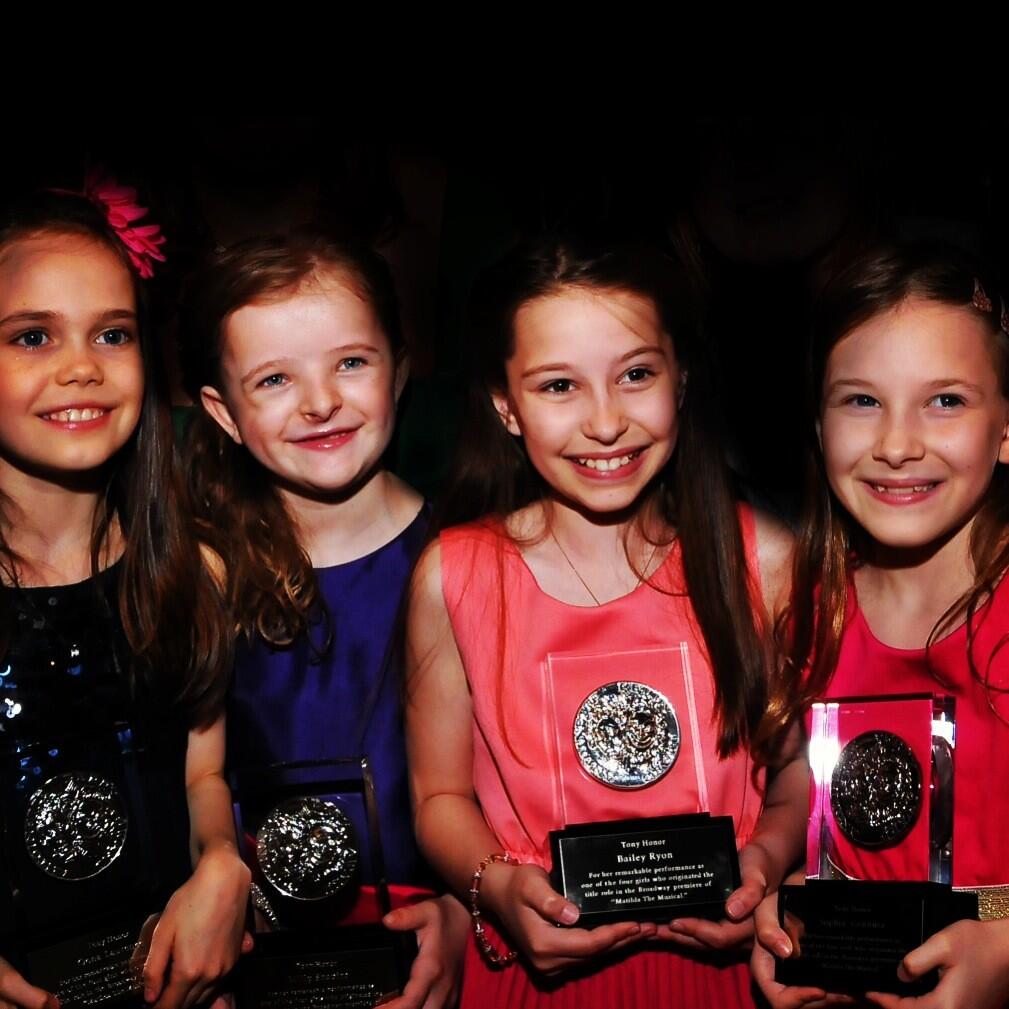 6:53: I'll give credit where credit is due... the NY1 people managed to get decent stuff from Mike Tyson.

6:55: Laura Osnes looks amazing!  Another gaffe by the interviewer, "What's it like to wear white tights, Santino?"  He doesn't wear tights in the show.  Santino Fontanna is puppy dog cute!

I want to bite Zachary Quinto.

6:59: Pasek and Paul are living Broadway professionals that act like real honest to God Broadway fans!  I love them even more every time they talk!  Happy birthday, Benj!  Matthew Morrison says he wants to come "home" to Broadway.  Hollywood, maybe, isn't all that...


****
6:37: Charl Brown! You go, gurl! Velisia LeKae is so pretty in purple.  She successfully navigates the "Did you have relations with Diana Ross?"

6:40: Jerry Mitchell looks like a Sardi's waiter.  A very handsome waiter.  Finally, an interesting question about the treadmills in "Everybody Say Yeah!"

6:44: Roma, we are so thrilled that you feel that you can call Victoria Clark "Vickie."  Clark's gown is a lovely white thing designed by none other that William Ivey Long.

6:47:  Kristine Nielson is another terrific person.  How can you not love her?  And Maggie Smith is one classy dame! David Hyde Pierce is, dare I repeat myself so much, a classy SOB!

****
6:23: I'll say it... Ben Fankhauser and Cory Cott are soooo adorable!  Their enthusiasm for Newsies is infectious!

6:25: Christopher Durang successfully deflects the awkward "You were in an acciddent..." question. The beautiful Laura Benanti is STUNNING.  Blue is her color!

6:28: Congratulations to Tracy Letts and Carrie Coon on their engagement!  Too bad the news wasn't supposed to go public...

6:30: Tom Hanks is a pro.  His eyes say, "this man with the mic is a tool," but his mouth is saying everything just right.  Tom is answering his question, while the guy with the mic has it steadily on Rita Wilson.  I love Tom Hanks...

6:06: Rob McClure is so cute - his wife, too!  Great story about his aunt and Charlie Chaplin!  Can't wait for Honeymoon in Vegas!

6:08: Carolee Carmello, graciousness personified.  And all that Scandalous awkwardness is over!

6:09: Diane Paulus is great for answering the same old questions about Pippin... she must be of tired of telling us that she wanted to "keep the Fosse and join it to the world of the circus."

6:12: Interviewer calls Will Chase  "Will Anderson."  Can't wait for Little Miss Sunshine.  Meanwhile, Shalita Grant is as great in real-life as she is onstage!

6:17: Judith Light is fabulous!  Interviewer tells Judith that she won the Tony for Lombardi.  She doesn't bat an eye.  Classy!  Good for her deflecting the Jewish question, and recognizing that the play is universal!