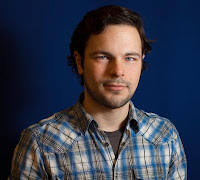 Last week, Jonny Orsini chatted about winning the prestegious Dorothy Loudon Award, given each season to an actor making his or her Broadway debut. (Click HERE for Part I of this interview.)  But as you'll read today, The Nance is not his first stage play, nor his first time doing nudity.  In fact, it isn't even his first role in a play by Douglas Carter Beane - he took over the role of the male prostitute in Beane's The Little Dog Laughed from an ailing Jeremy Jordan in Boston!

What follows is Orsini's take on The Nance, working with Nathan Lane and Jack O'Brien, and even his dream role (he's a real romantic!).

JEFF: Now you are making your Broadway debut, though this is not your first play by a long shot.  You’ve done Shakespeare, modern classics and contemporary works.  What stage roles are you dying to take on?

JONNY: I’d love to play Romeo. I feel most strongly connected to him more than any other classic character I’ve yet come across to this point in my life. [He’s] girl crazy, [has a] wide open heart, [and] incredibly passionate. I am all these things. That said, I believe in living in the moment and being true to yourself, so if the right production never came up for some reason, that’s fine, too.  There are many other roles, an infinite amount not yet written, that I’d be honored to dive into. 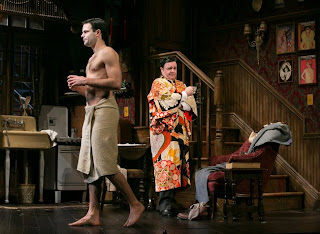 JEFF: All of this brings us back to The Nance.  I guess the obvious question to start with is the full nudity required of the role.  Unless The Little Dog Laughed was much different in Boston than New York, this isn’t your first time doing nudity on stage.  In both plays, I felt that the nudity was necessary and germane to the story, the characters, and themes – certainly not gratuitous.

JONNY: Every human being exists in a pure natural state of nudity at some point in the day. I, as Ned, am a living, breathing, loving human being, and the scene happens to catch one of those parts of my day where I’d be in this natural state. What is gratuitous is certainly up for interpretation, but I agree with you, the nudity in this and in Little Dog is just an expression of vulnerability, not exploitation in any way.


JEFF: And how is it to have made your debut with a cast and director who are seasoned veterans?  How has that wealth of experience informed your experience with this play, and what do you think you’ll take away from it as a growing actor?

JONNY: I believe in the importance of telling stories so we can share experiences with each other and let each other know even if we're different in certain surface ways, we are all the same at heart and, therefore, not alone. It’s universal. This, to me, is an opportunity to tell a story with some of the best storytellers in the business, therefore meaning essentially the most powerful, affecting version of the story possible, and I’m very honored to be a part of that. 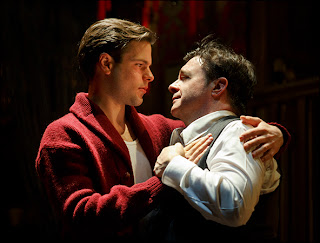 JEFF: I can only imagine what it must be like to rehearse scenes with an esteemed director like Jack O’Brien and a beloved and esteemed actor like Nathan Lane.  What did they bring to the table that helped you create the palpable (even from the upper balcony) chemistry between the two of you?

JONNY: Nathan and Jack are both such loving people. And me, being a straight guy, Nathan makes it so easy to fall in love with him, because he is that beautiful of a human being in his heart. And Jack created an atmosphere for all of us as a company to feel this warmth and comfort with each other. 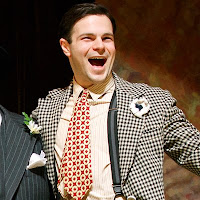 JEFF: Finally, what about The Nance makes the play so relevant today, despite its taking place so long ago?  In this era of gay rights and marriage equality, what do you hope audiences are getting from this show?  For me, Ned’s naiveté and innocence about people being able to live the way they want to, despite the world he lives in, reminds me of my many painful years in the closet – inwardly feeling the way Ned does, but not being brave enough to outwardly live it.

JONNY: The most beautiful thing about this story to me is Ned who... gay/straight/whatever!... loves with a wide open heart and is unashamed to do so. And that is the most honorable way to live as far as I can tell. And the thing is, by doing that you’re really putting yourself out there completely. (Easier said than done!) But, if you’re rejected, keep in mind people’s issues with you are much more often deep seeded issues they have with themselves.  So if you always love openly and are good to people and good to yourself, go where that love is appreciated. There is a place for all of us when our hearts are open.

JEFF: Thanks so much, Jonny!

The Nance continues at the Lyceum Theatre through August 11.

(Production photos by Joan Marcus; The Nance excerpt from the LincolnCenterTheater channel on YouTube.)