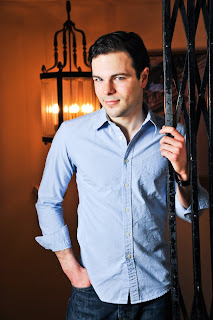 Each season, the Broadway stage is filled with actors at every stage in their careers.  Some are lifelong Broadway babies, others are TV and film stars trying their hand at the live theatre, and still others are just starting out.  One such actor in that latter category is Jonny Orsini, who is making his Broadway debut in Douglas Carter Beane's new play, The Nance.  A Lincoln Center Theater production directed by Jack O'Brien and starring Nathan Lane, the play continues at the Lyceum Theatre through August 11.

I was very fortunate to have the chance to ask Jonny a few questions during the very busy awards season.  In this first of two parts, we talk about the award he received recently, why he changed from journalism to acting as a career, and making films - including film star Keanu Reeves!


JEFF: Hi, Jonny!  Thank you so much for this interview.  When I wrote my review of The Nance, I expressed my displeasure at the fact that you were left off the Tony Awards nominations list.  But it soothes me to know that you are the 2013 recipient of the Theatre World Dorothy Loudon Award for Excellence in Theatre.  Congratulations!  How do you feel about this honor?  How was the awards ceremony?  Who presented it to you?

JONNY: Nathan presented me with the award and said such wonderful things. We have had an incredible time working together, and he’s been so good to all of us. I am so honored to receive the award because I feel it’s another step toward being welcomed into this incredible tradition of storytelling. 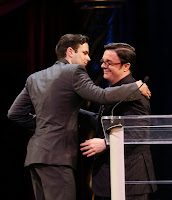 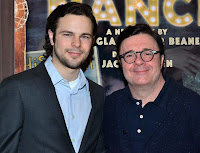 JEFF: I read in another interview that acting was not something you were into when you were in high school or even most of college.  How did you “find” theatre/acting?  What was the “bug” that bit you?

JONNY: I really got into it in college. I was studying journalism initially because I’ve always been fascinated by powerful stories, researching people and why they make the choices they make, etc., and at some point, realized I responded more strongly in a visceral way to acting as the format to tell those stories and get peoples voices heard.

JEFF: In that same interview, you talked about being what sounds like a typical teenage boy – sports lover, edgy, self-protective… “I was just trying to figure myself out.”  Now, some years removed from being an angst-filled teen, what have you figured out? In this day and age of bullying and suicide awareness, what advice about all of that might you give a young man or young woman reading this?

JONNY: Young people should know that any negativity in a person, including negative things a person might say to you, insults, etc... all negativity in a person stems from an issue they have with themselves - not ultimately with you. So one thing I’ve figured out is practicing compassion towards people, almost especially towards people who are negative, mean, rude, whatever you want to call them, because there is love in their heart somewhere, and they are only being difficult towards you because of issues THEY have. When people try to hurt you it is truly and honestly their problem, not yours. As long as you are good to others, you deserve more than anything in the world to be good to yourself. And don’t waste your love or time on anyone who doesn’t make you feel great about being who you are. Go where your love is appreciated. 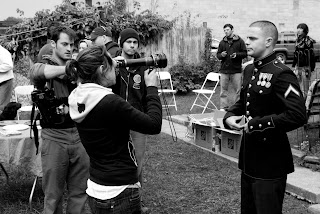 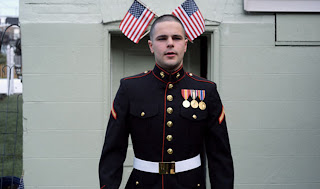 JEFF: Tell us about your experience with the film Cigarette Candy, which is an award-winning short film.  I understand you were cast in an unusual way?  How did you research the military and P.T.S.D.?

JONNY: Coming from a journalism background, I spent a lot of time with war photography and reading all kinds of articles about all things regarding P.T.S.D., most alarming of which were articles I found highlighting the suicide rates of returning vets which is so upsetting. The health professionals in the field are incredible human beings working tirelessly. It was my first project in NYC before I even had an agent, so when I heard about the project, I recorded an audition monologue and sent it to the director via Facebook asking very passionately for an audition slot. P.T.S.D., like so many things, needs attention and love, so I was very honored to be part of bringing the story to light in our film. 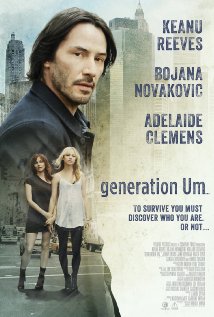 JEFF: You’ve made some other films, including one called Generation Um... with Keanu Reeves.  How was it to work with someone with so much film experience?  Did he offer you any advice?  How different is it to act for film versus in front of a live audience?  Do you have a preference between film and stage work?

JONNY: I’ve been very lucky to work with some incredibly gracious, talented people. Keanu and I spoke quite a bit about what it means to just honor where you are, what you are feeling in the moment and to not judge the emotions thoughts or feelings you’re having but to just experience them.  Judgment clouds reality - and that’s not just acting, but all of life. Though we worked for only a few days together, he is a remarkable person and was very good to me. Film can feel very technical at times, whereas [on] stage you can really just rip with the energy in the theater, which is one of the greatest thrills for an actor and an audience alike. Film though can capture these powerful, subtle moments that can sometimes get lost on stage, just given the intimacy of a camera close up. So they both definitely have their strengths and appeal.