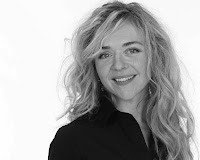 WHY SHE'S MS. BROADWAY: Just one listen to her performance on the revival cast recording of Pippin, and you can probably guess why I'd select Rachel Bay Jones as this month's Ms. Broadway. And of course, if you've had the great fortune to see her bravura turn as that "ordinary kind of woman" Catherine, you might understand why I want to add my voice to the chorus of disbelievers at the fact that her name was off the Tony nominations list this past season.  In addition to numerous regional theatre credits, including The King and I, she's also been on tour with A Christmas Story (as Mother), and off-Broadway in the Transport Group's acclaimed revival of Hello, Again (as The Actress).  Of course, she's no stranger to Broadway - she was in Women on the Verge of a Nervous Breakdown (she was a swing and the understudy for Patti LuPone, and even went on for her!), and she was part of the second cast of Hair, taking over the role of Mother.  No matter what stage she's on, I'm sure we'll be hearing a lot more from Ms. July! 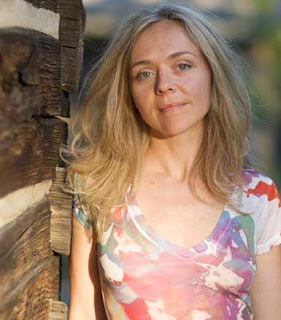 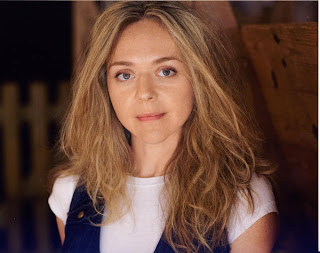 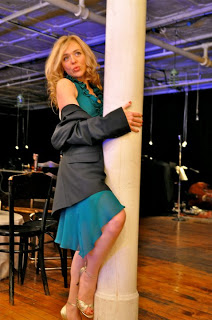 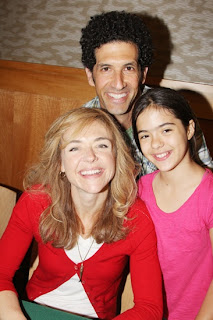 (Left) On the Hello, Again set
(Right) With Benim and Miranda 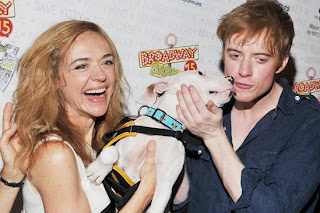 With puppy and Pippin at Broadway Barks 15! 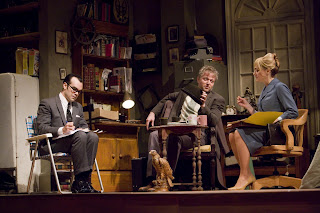 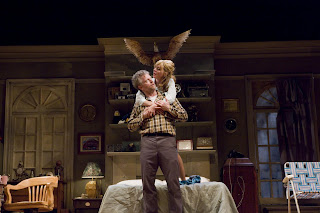 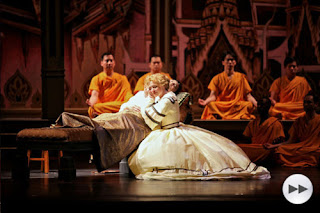 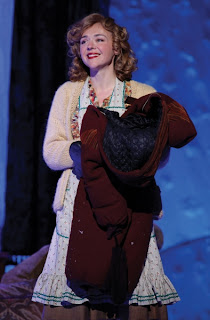 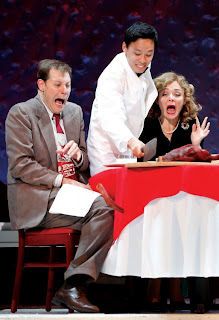 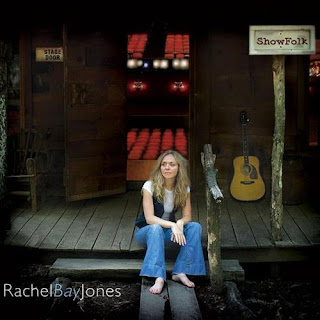 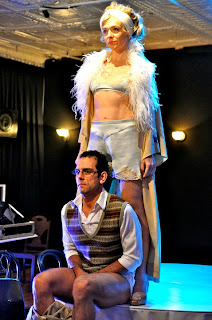 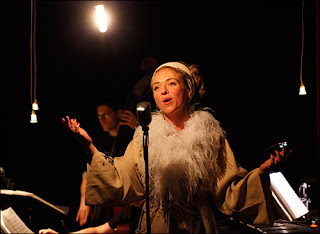 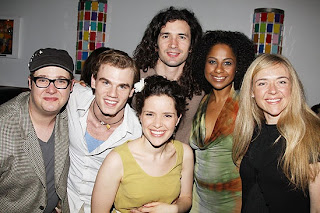 With her Hair Tribemates 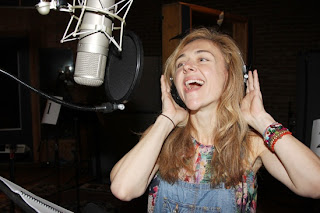 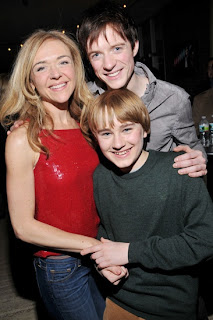 With her Pippin "Family" 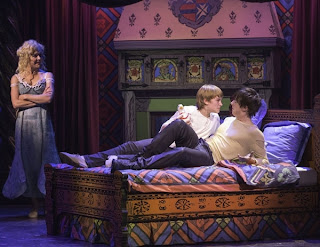 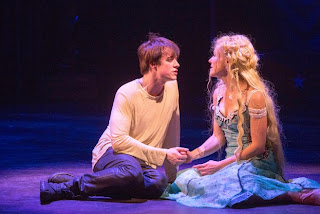 "For Good" from Wicked (From Rachel's album Show Folk)