A 3 Show Day: Monkey Journey, Bend in the Road and Crossing Swords

Last Saturday was that rare occasion when Mike and I were able to do a three show day.  And we did it by participating in two theatre festivals: the Lincoln Center Festival and the New York Musical Theatre Festival.  It was our first visit to the former and third annual return to the latter.  And what a day it was... We hit the ground running! 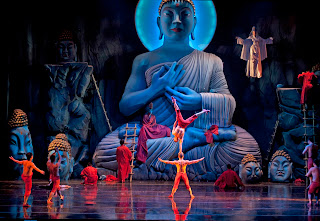 Monkey: Journey to the West (Grade: B+)
First up was the multi-media extravaganza based on the Chinese classic story of the same name, conceived and directed by Chen Shi-Zheng.  A complicated fable of animals with human characteristics, mystical creatures and morals galore, this tale of a rambunctious monkey in search of immortality, plays a lot like an ancient Wizard of Oz.  The plot - with major gaps filled in with animated sequences between scenes - is so convoluted that it requires a 2 page synopsis of its 9 scenes, plus essays on the main characters and an extensive director's note in the program.  Not to worry, though.  Reading all of that helps understand the gaps in what is presented and the moral implications of their decidedly Eastern sensibilities.  This is, after all, a real Chinese cultural experience - exactly why we wanted to see this presentation.  But the truth is, the easy-to-read subtitles and the repetitive nature of most of the events make it all very easy to follow. 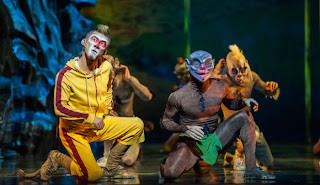 The dazzling scenery and costumes (by Jamie Hewlett), along with the masks, prosthetics, makeup and wigs (by Bertrand Dorcet) and the beautiful lighting (by Nick Richings) create a stunning visual feast.  All of that, though, sometimes got in the way of the equally dazzling and stunning aerial choreography (by Antigravity/Caroline Vexler) and martial arts choreography (by Zhang Jun).  Performed by an enormous cast, including the Jiangsu Yancheng Acrobatic Company, these people are doing jaw-dropping and very dangerous stunts throughout all of the pageantry.  Sadly, most of it went unappreciated by the audience at the performance I attended.  I'd venture to guess it is because most of it got lost in the otherwise overwhelming scenery and busy direction - and rather annoying title character.  Many of the same tricks are gaining screams from audiences over at Pippin.  Part of it, I wondered as I watched, had to do with the mind-numbing 2 hour score by Damon Albarn, a curiously monotone combination of ancient tones and a modern sensibility, right?  Or was it a cultural thing? I've often read that Asian audiences do not applaud during a performance out of respect to the performers. Maybe it was both, I thought.  Until, that is, the 5 minute curtain call featuring shameless gesturing for more applause, and repeated bows.  They didn't stop until everyone was standing.  How American.  Still, it was a rare glimpse into the mysteries of ancient Chinese culture, and it was entirely worth the visit. 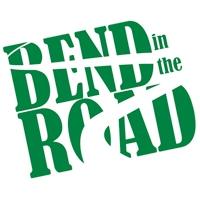 Bend in the Road (Grade: A-)
After a mad dash back to midtown, we got into the first of two NYMF offerings, the family-friendly musical, Bend in the Road, based on the classic novel, Anne of Green Gables.  Those of you who read this blog regularly know that, generally, I hate the smarmy, too sweet for sugar trappings of "family-friendly" musicals.  So it was more than pleasant surprise that I loved this show from beginning to end.  Sure, it wears its heart on its puffy sleeve, and it is so devoid of anything remotely dark.  But it does so proudly, and most importantly, with a genuine sincerity that you can't help but be happy about.  Hell Heck, I even got misty at the inevitably bittersweet ending!

The book (by Benita Scheckel) is fast-paced, and the music (by Michael Upward) and lyrics (by Scheckel and Upward) is bouncy, melodic and clever.  Most of the numbers demand your attention in all the right ways.  The terrific cast, directed by Benjamin Endsley Klein, really brings the material to its best light.  Lead by the strong, emotional core of performances by Martin Vidnovic and Anne Kanengeiser, and the dynamic, mesmerizing, star-making turn of Alison Woods as Anne.  Add some delightful turns by Whitney Winfield, Maureen Silliman and CJ Pawlikowski and this is a winning cast.  Being a NYMF production the production values only hint at what could be, which puts the important part - the show itself - to the fore.  And this one is a winner - one can imagine it getting the full, lavish Broadway treatment, and it being just as successful on a bare stage, being performed by children's theatre companies nationwide.


A little more development of the central love triangle, and a scene or two of more stylized staging (hinted at already), as well as just a tad more to chew on at the ending, which feels rushed after a well-paced rest of the show, would serve this show well before it goes on to its very bright future. 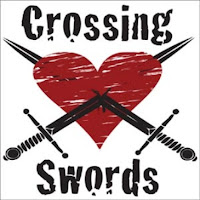 Crossing Swords (Grade: A)
Easily the most fully realized, slick and professional presentation I've seen in three years of attending NYMF shows, Crossing Swords had the potential danger of being a Bare rip-off.  It shares, in fact, a few plot points - private school kids realizing their true feelings and sexual awakening while putting on a classic play.  In this case, the play is Cyrano de Bergerac.  But that's where the similarities really end.  An honest, emotional journey, the show has a book, music and lyrics by Joe Slabe, and has been presented in its best possible light with musical direction by Micah Young, fight direction by Trey Compton and direction by Igor Goldin.  The score covers a wide range of styles, broad, sweeping ballads, bouncy "Broadway" numbers and emotional, reflective duets and trios that reminded me of Merrily We Roll Along.


Framed by a pair of present day scenes, the larger part of the show takes place in 1969, a time rife with cultural change. Mostly, outside events have little impact on the kids - save for a reference to the Stonewall riot.  But they figure prominently in the back story of the adult characters, who both share their life experiences to help the kids, and each other, gain a better understanding of each other.  Two things really stand out for me, besides the interesting score, and they are the terrific way all of the characters are so fully developed without dragging the story down or getting wordy, and the great way Slabe has integrated the script of Cyrano into the plot and songs in Crossing Swords.

The cast of five is terrific, with each member shining brightly.  As the teachers, both Linda Balgord and Steven Hauck give emotionally charged, affecting performances.  Mr. Hauck is particularly wonderful.  The three students are just as terrific - Ali Gordon is sweetly understated as the shy girl who falls in love for the very first time; Marrick Smith plays the athlete-fish-out-of-water role to macho-yet-emotional perfection; and Lyle Colby Mackston provides a true triple-threat turn as the drama kid with a giving heart.  Look for all three to have impressive futures, with Mr. Mackston really on the verge of major discovery.

As it is, Crossing Swords is very satisfying, familiar, but original, with realistic and interesting plot twists. The songs are all good, and the plot unravels at a perfect pace, for the most part.  A little trimming of act two, and some clarification of the background of the male teacher would serve the show well, as it moves on to its promising future.

What a day!  Diverse and always interesting... I am already looking forward to next year's festivals!