DON'T FORGET TO VOTE IN THIS SEASON'S NEW"HOT OR NOT" COMPETITION!
CLICK ON THE CAST PHOTO TO YOUR RIGHT, SCROLL THROUGH THE PICS, AND VOTE! (DON'T FORGET TO CLICK "DONE" WHEN YOU ARE FINISHED!)


UPDATE: THE STORES WILL CLOSE ON SEPTEMBER 30!

BROADWAY’S POPULAR THEATRE SHOPS, THEATRE CIRCLE AND ONE SHUBERT ALLEY, WILL EXPAND INVENTORY AS BROADWAY NEW YORK and BROADWAY BABY(LOCATED AT THE MARRIOTT MARQUIS HOTEL) ARE CLOSING DUE TO CONSTRUCTION. 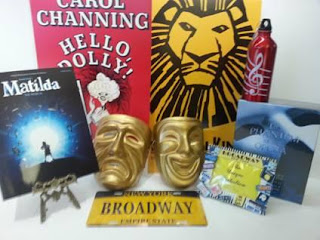 Julian Rubin, co-founder of Broadway’s popular theatre shops THEATRE CIRCLE and ONE SHUBERT ALLEY stores in the heart of the theatre district, announced he will be expanding the inventory as these shops absorb merchandise from two sister stores closing this fall due to construction. September 30th, 2013!

THEATRE CIRCLE, located at 268 West 44th Street, opposite the Majestic Theatre, and ONE SHUBERT ALLEY, situated in legendary Shubert Alley, will remain open.  Mr. Rubin and his partner pioneered the concept of offering exclusive access to theatre memorabilia from all Broadway shows in retail shops.

He continued: “We also carry the full line of Playbill merchandise and all our Broadway show items are sold at the same price as in the theatres.” 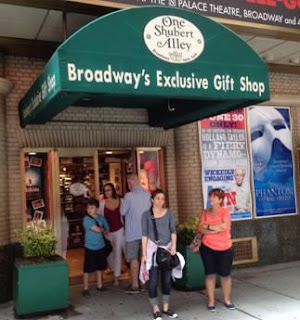 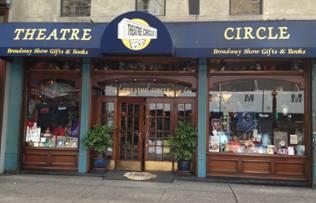 THEATRE CIRCLE, opened in the mid-1990s, was designed to evoke the feeling of ‘yesteryear’ - customers feel they are entering an old fashioned London theatre book shop.  ONE SHUBERT ALLEY, the first theatre shop on Broadway, opened in the late 1970s, in collaboration with The Shubert Organization.
Both shops have become cherished destinations for theatre fans seeking souvenirs and memories of their favorite Broadway shows.  Theatre professionals visit seeking scripts, vocal selections and sheet music, as well as Opening Night gifts and specialty theatre greeting cards.  Both shops carry Broadway posters, souvenir programs, t-shirts, CDs and DVDs, jewelry, tote bags and other mementos from Broadway shows.

The specialized inventory from BROADWAY BABY and BROADWAY NEW YORK, both currently located on the street level of the Marriott Marquis Hotel, will be added to the varied items already carried at THEATRE CIRCLE and ONE SHUBERT ALLEY.

Mr. Rubin said: “Due to renovation and construction at the Marriott Marquis Hotel, we are moving our entire collection of historical theatre memorabilia to our flagship store, THEATRE CIRCLE.”

Inventory at THEATRE CIRCLE also includes vocal selections and sheet music for movie musicals, costume and make-up books, photo frames, paper dolls of Broadway costumes, show aprons and much more.
Many members of the staff have theatrical backgrounds and are knowledgeable about past and present Broadway productions.  The successful actors and writers who have worked at either ONE SHUBERT ALLEY or THEATRE CIRCLE early in their careers include award-winning writer Aaron Sorkin (The West Wing) and actor Jesse Tyler Fergusen.

For more information about THEATRE CIRCLE or ONE SHUBERT ALLEY call (212) 391-7075 or visit www.theatrecircleshop.com.