The 2014 Theater Hall of Famers 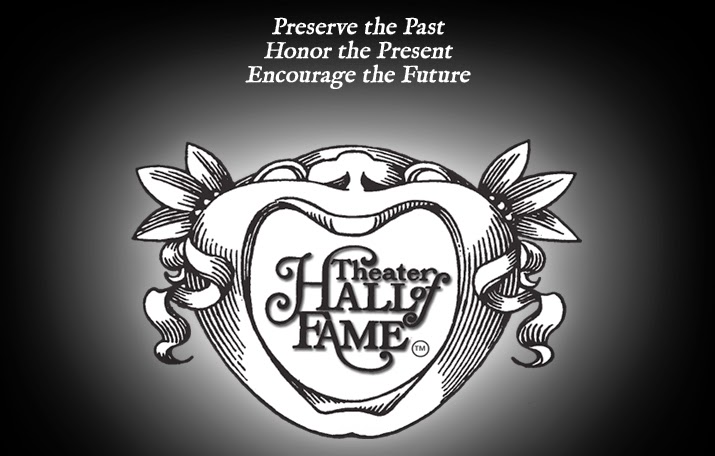 When I was little, my parents took me to the Baseball Hall of Fame in Cooperstown.  I recall thinking it was pretty cool - all those plaques on the wall, all of the memorabilia in shiny cases, and lots of people oohing and aahing and reminiscing about the good old days, "when there were real baseball heroes."  Of course, they were talking about he likes of Babe Ruth, Mickey Mantle and Joe DiMaggio.  I was about 7 years old, and had no idea what they were talking about, but I could tell the place - and the people it honored - was a BIG deal.

Fast forward a decade or so, to my first trip to Broadway, which just so happened to be at the Gershwin Theatre, home of The Theater Hall of Fame.  I was just starting my love affair with the stage, so I knew about as much about the Broadway folk of yesteryear as I did the ball players when I was 7.  But I had a decidedly unfavorable impression of this "Hall of Fame."  No plaques, just names on a wall.  I mean, I figured they were important, since their names were big and went from (very tall) ceiling to floor.  But not a picture, prop or costume in sight.  And the people milling about weren't talking about the names on the wall.  Heck, they weren't even looking at the names.  And, geez, there was a bathroom door right next to one of the lists! 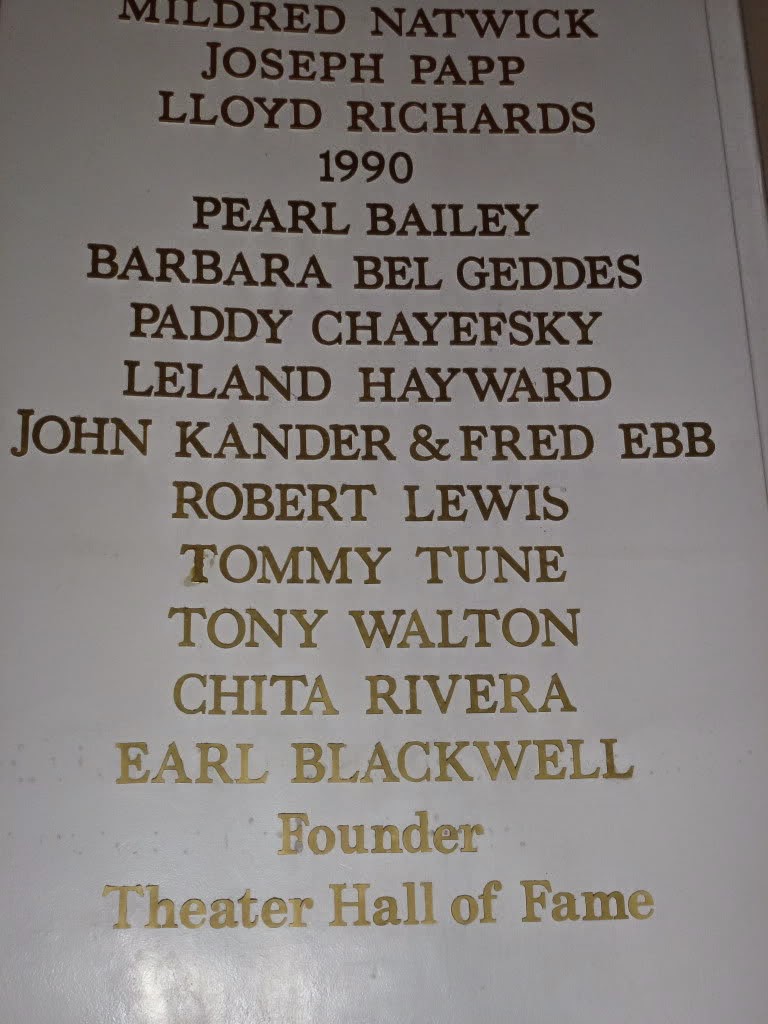 Anyway, this year's list of Hall of Famers was just announced, and I know every on the list.  A few personal thoughts on each:

F. Murray Abraham - I only knew him as the guy from Amadeus until I saw him as Roy Cohn in Angels in America: Millennium Approaches.  What an actor!  So powerful, so nasty, yet so pitiable a character he created.  I also got to see him in Triumph of Love, and I marveled in the fact that he was in a musical and acting up a storm!

Blythe Danner - She's so much more than Gwenyth Paltrow's mother... I saw her in the revival of Blithe Spirit and thought she was terrific as the titular ghost.  All these years later, I remember her biting line deliveries and graceful, ethereal way of floating around the set.

Alvin Epstein - I only saw this elder-statesman perform once, in the Sting revival of 3penny Opera, and to be honest I don't remember much about it.  But anyone with a several decades long career, interpreting Weill and taking on the classics as he has surely deserves the honor.

Marshall Mason - He directed many great plays and actors.  One of my favorites was his Burn This, an interesting, quirky play.  I think of it every time I see someone strike a match.

Frank Rich - He was the "Butcher of Broadway" when I first started going to Broadway shows and for years after.  His reviews were polarizing, and he frequently pissed me off with his harshness.  But at least he wrote reviews, not plot summaries with a pithy, bitchy comment or two like we get today.

Philip J. Smith - I wouldn't be able to recognize this guy walking down 44th Street if my life depended upon it, but as Chairman of the Shubert Organization, his work (and company) have had a profound effect on my life.  Not only does he run most of the theatres on Broadway, but the Shuberts have produced many shows that I just love!

Susan Stroman - Despite her recent run of bad luck, Stro's work has provided me with some of the most thrilling nights of my theater-going life: her breathtaking choreography for Crazy For You ("Slap That Bass" was AMAZING) and her equally breathtaking direction and staging of The Scottsboro Boys, a true masterpiece if there ever was one.

Now, years later, of course, in subsequent visits to the Gershwin, I can appreciate most of the names on those lists, and even if people are more interested in the Ozdust Boutiques all over the place than they are in those lists, I'm glad there is at least something around to honor some of "the real  theater heroes."  Congratulations to this year's honorees.