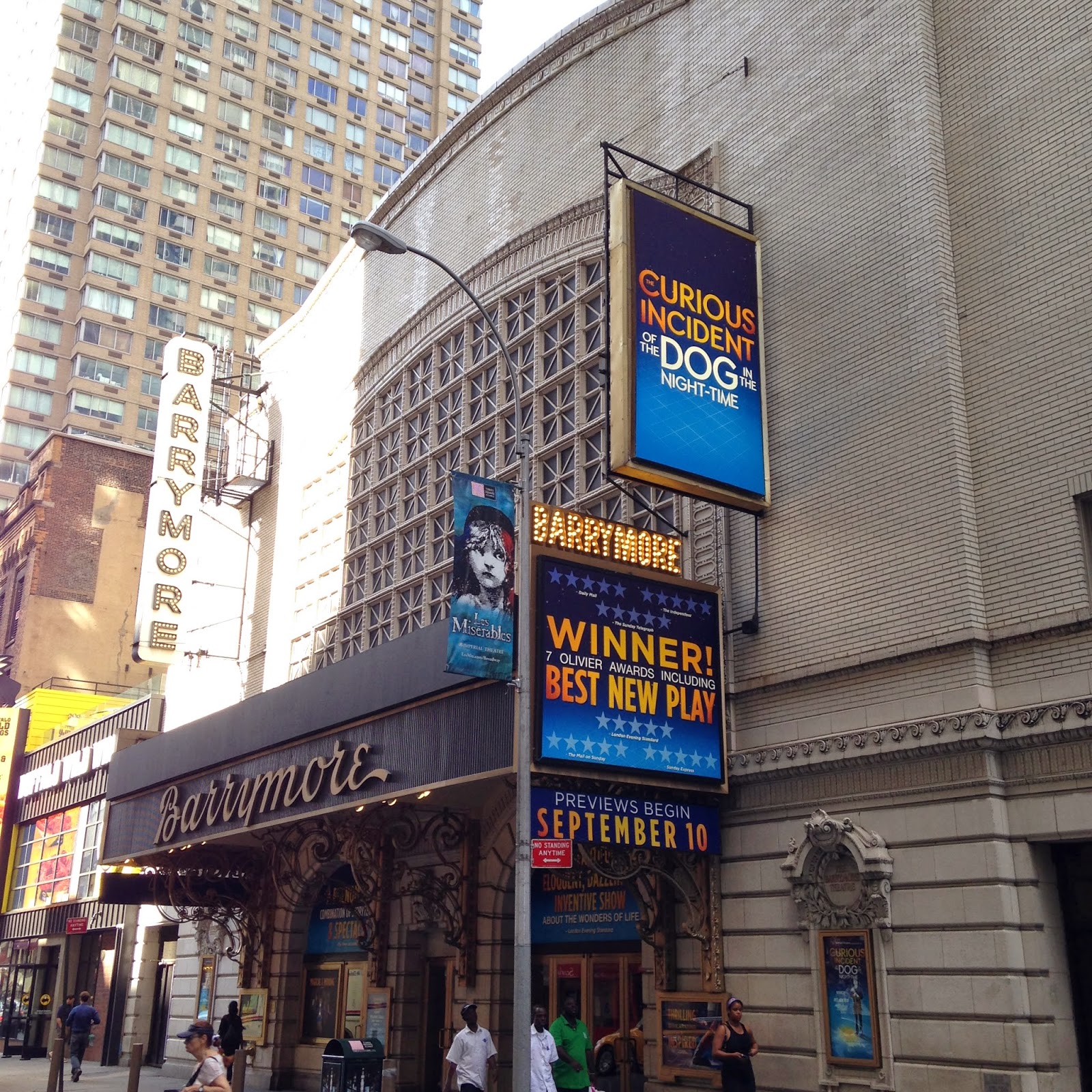 Thank you to all of you who have written in to see how my weekend went!  (My Twitter followers were especially excited...you are the best!)

So, IYMI... this past weekend I made it to NYC for the first time in about two and a half months (see my pre-weekend plans HERE.)  And here's how it went:

The Cafe Edison didn't disappoint.  Fast, filling and cheap! Had a bite of a most excellent chocolate chip pancake, and devoured some seriously good French toast.  Plain, but homemade.  Yummy!  We were in and out in less than a half hour.  Not bad for weekend brunch, right?

Dinner was at The Playwright Celtic Pub (the one on 8th Avenue).  The food was great for bar food.  I had the sliced steak sandwich on an AMAZING baguette and burn-your-mouth-they're-so-hot fries.  Mike had a huge pile of hand breaded chicken fingers and just-as-hot-as-the-fries onion rings.  Tried 'em both and can say they were way better than your average bar snacks.  And it was reasonably priced, too!

The Skylight Diner was breakfast Sunday morning.  It's the kind of diner you hear locals talk about.  DELICIOUS again!  I had steak and eggs and an exceptional cheese danish - what I could eat of it, anyway - and I was full for the day!  Mike had a burger and fries - both large, and I assume he liked it, as the plate was clean pretty quickly.  He also had apple pie a la mode, and he said it was good... another clean plate! 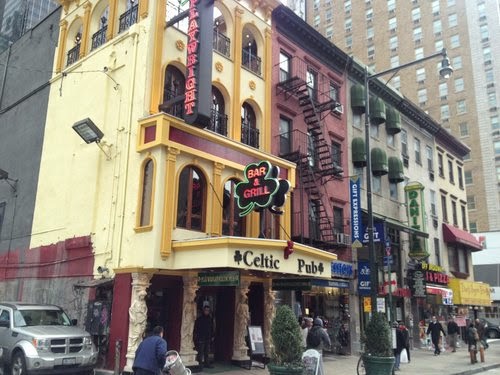 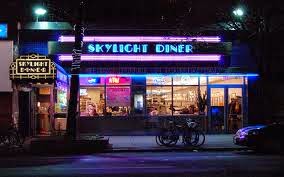 Well,  we didn't really do much shopping, though we did check out both Broadway gift shops...not much new there, but it was nice to visit an old friend.  It was nice to be in the theatre district to see how things changed... in isolation, the Side Show logo on the St. James marquee looks nice.  The display photos are equally terrific, and they really show the show in a truer light than the glitzy logo does.  I'm also glad to see that Matilda has finally added some photo to its door displays on 44th Street.  I just realized while typing this that we never bought a thing and we never stepped foot in Times Square! 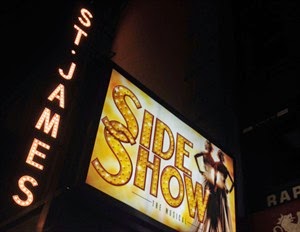 My reviews are forthcoming... one tomorrow night, the other two following their respective opening nights!

But I will say this: one was a semi-disappointing, one exceeded my already high expectations, and the other was a nearly perfect surprise.  Stay tuned!