REVIEW: The Curious Incident of the Dog in the Night-Time

REVIEW of the Sunday, October 12, 2014 matinee performance at the Ethel Barrymore Theatre in New York City.  Starring Taylor Trensch, Francesca Faridany, Ian Barford, and Enid Graham.  A new play by Simon Stephens, based upon the novel by Mark Haddon. Directed by Marianne Elliott. 2 hours 35 minutes, including one intermission.

There is a moment of complete silence at the very end of The Curious Incident of the Dog in the Night-Time that made me realize two things: that I had totally been swept up in the world of a very amazing young man named Christopher Boone, and that the realities of the world I know can be heartbreaking and unfair to a guy like him. My tears were of sadness and a touch of shame.  Sad that life has dealt him (and many others like him) a bad hand, and shame that I've known and dismissed people just like him.  Going forward, I hope I will never forget that bit of shame.  The stunning production I witnessed will make forgetting very difficult.

I am loathe to talk too much about the content of the play by Simon Stephens (based on the novel by Mark Haddon) because I would really hate to spoil a single second of this mind-blowing performance and physical production for any of you.  That said, I suppose I should warn you that there may be spoilers ahead. 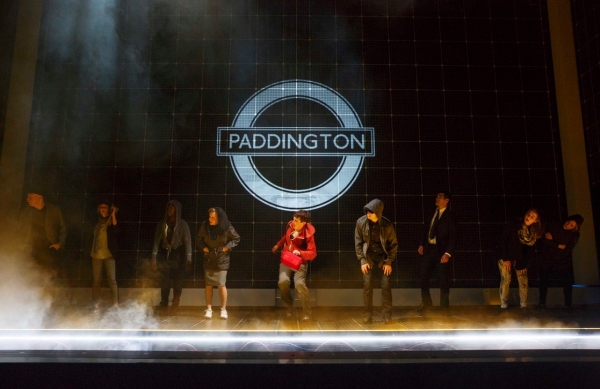 The first thing that strikes you is the enormous cube of a set (designed by Bunny Christie, who also did the costume designs) that extends into the house.  Framed by an illuminated border large enough to sit on, the space is largely empty, with the walls and floor imprinted with what amounts to grid after grid of graph paper.  It feels both scientific and infinite, and, as the play progresses, the perfect metaphor for the mind of the main character: a rigidly ordered plane where the possibilities are limitless, but where order can become chaos in an instant.  As the play progresses, Christie's setting offers up many a surprise, just as the plot does, and ultimately, the design goes a long way toward bringing us as an audience to an easier understanding of the unique main character.  Considering Christopher's brilliant mathematical and scientific mind, it seems only appropriate that a large part of the experience is aided by some thrilling projections, lighting and sound (designed respectively by Finn Ross, Paule Constable and Ian Dickinson/Autograph).  Trying to describe the audio visual aspects of the production would somehow, I think, diminish their importance and impact.  But I will say that there are several moments of extreme sensory overload juxtaposed with abrupt moments of complete silence and darkness.  There is a relief and a scariness when those silent blackouts occur that brings into very sharp focus just how difficult it must be to be Christopher Boone.

Director Marianne Elliott has crafted a jaw-dropping performance from an amazing ensemble of actors who play neighbors, strangers, furniture, floor mats and even space.  These folks change characters rapidly, sometimes within the same scene, all while performing very intricate blocking and evocative, complicated choreography, created by Scott Graham, Steven Hoggett and the aptly named Frantic Assembly.  Ms. Elliott also very effectively uses the house, with actors going beyond the proscenium and delivering lines from the mezzanine.  In short, once the lights go down, we are concurrently observers and participants in this part mystery, part human drama.  It is total theatrical bliss - you'll never get this from a film.  And that makes this all the sweeter. 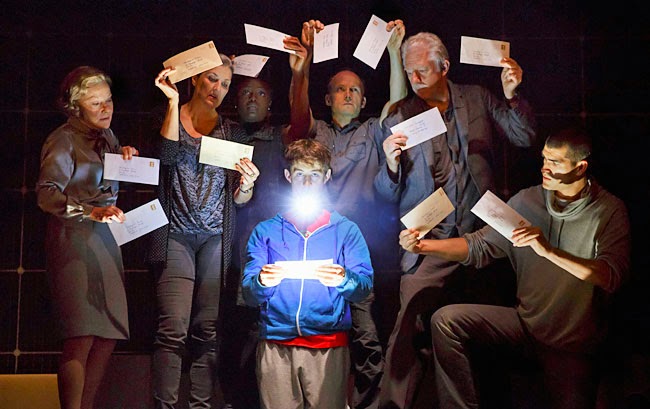 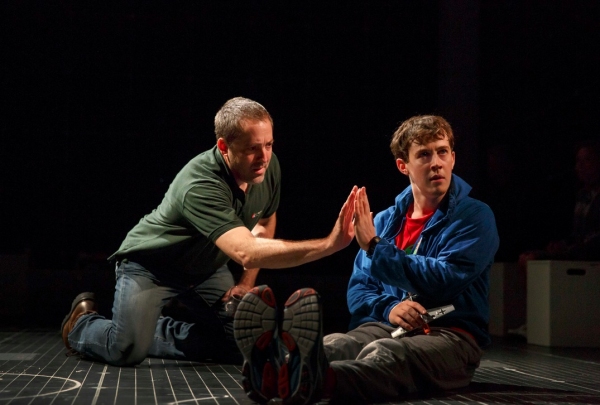 Every member of the 14 member company is superb.  The main cast of four is superb.  Enid Graham is remarkable as Christopher's estranged mother, a complicated mess of a woman tortured by guilt, seething with (justified) anger.  She makes you feel both disgust (how could she leave her son who needs her so much?) and compassionate understanding.  And there is the narrator/teacher who understands, nurtures and admires her student, played with a calm intensity by Francesca Faridany.  How she manages to be both detached from the action and so emotionally invested is truly a feat.  Ian Barford, as Christopher's father, biggest champion and protector, gives a Tony-worthy performance here.  This man's profound love, profound frustration and profound exhaustion permeate the entire theatre every time Barford is in a scene. It is masterful. 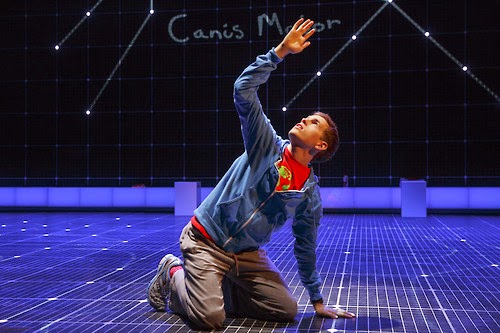 It is, however, my greatest pleasure to be writing this review having seen the utter joy that is Taylor Trensch.  Much has, and likely, will, be written about the other guy who plays Christopher Boone.  But there is nothing "alternate" about what this gifted young actor has accomplished here.  He must be exhausted by the end of the show - both physically and emotionally.   Somehow, miraculously, he manage to make this (literally) unapproachable, untouchable kid completely relate-able and accessible.  By turns utterly charming and infuriating, funny and deadly serious, Trensch is deeply invested in bringing out the complexities of a person that most of us would write off as an odd, "special" person.  He makes you feel for him in unexpected ways.  I found myself admiring Christopher, and only pitying that the world will probably never know how much better off we are with him, and people like him, in it.  There is nothing about this career-defining performance that feels less than natural or genuine.  Mr. Trensch is not second-string. Not in any way.

Next to Normal was called the "feel everything musical."  Curious Incident is the feel everything play.  I am a better person for having experienced it. Don't miss this.


(Photos by Joan Marcus, All but the last photo feature Alex Sharp, who was not in the performance I attended. This last photo is Mr. Trensch.)