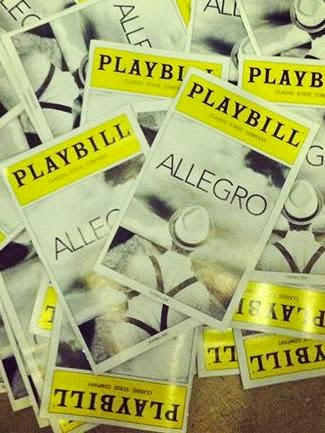 If ever there was a show ahead of its time, it has to have been Rodgers and Hammerstein's Allegro. I can't even imagine the stunned audiences back in 1947.  No scenery, adults playing children, the lead actor singing only one solo, while peripheral characters had major numbers.  Then three's the (on the surface) simple story of Joe Taylor, Jr., an Everyman, growing up in rural America, moving to the city, only to become disillusioned by love and success.   These days, this is the stuff of critical adoration and the kind of show musical theater enthusiasts wish there was more of.  There were many times during this stunning revival at Classic Stage Company that I thought to myself, "this is so modern!"  It could have been written today, it feels so fresh. 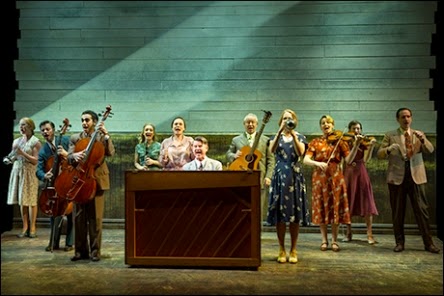 All these years later, it comes as no surprise that Stephen Sondheim was involved with this production - a gofer soaking up all that his mentor, Hammerstein, had to offer. More than a few of the numbers have the feel of a Sondheim show - wry commentary, complex self-evaluative character pieces, an observant chorus, songs stopping and starting throughout scenes.  It's a safe bet that he was influenced by Allegro.  Some of the modern feel surely comes from the revisions and cuts (the show is now a one act) and the spare, but profound staging by John Doyle.  Doyle's signature style of having the actors playing instruments as they act the show is back with this production, yet it never feels stale.  It actually adds to both the feeling of small town community and the alienation of big city corporate America, and helps to make the Greek Chorus style of the ensemble make visual and melodic sense.

The production also reminded me quite a bit of Our Town, design-wise.  Not only had Doyle relied on scenery consisting of little more than benches, chairs and a piano, but Ann Hould-Ward's one costume per character design and Jane Cox's lighting mix of warm tones and stark whites that reach every corner of the space do much to take us on an easy journey back in time.  And yet, with staging and lighting that often includes the audience, there's no mistaking that this is a work with modern (and timeless) implications.

The company of actor-singer-musicians is superlative from top to bottom as well.  Their work in such numbers as "Allegro," the catchy opener "Joseph Taylor, Jr.," and the charming production of "One Foot, Other Foot" shows off the company's significant gifts and weaves them easily into the fabric of the whole piece. Standouts include George Abud who provides comic relief and an occasional dose of reality as Joe's lifelong friend, Jane Pfitsch as Joe's nurse (her "The Gentleman is a Dope" is a great number), and Alma Cuervo as Joe's wise grandmother-ghost.  Her sweet but firm take on "I Know It Can Happen Again," which is heard throughout the show, gives the entire piece an emotional backbone. 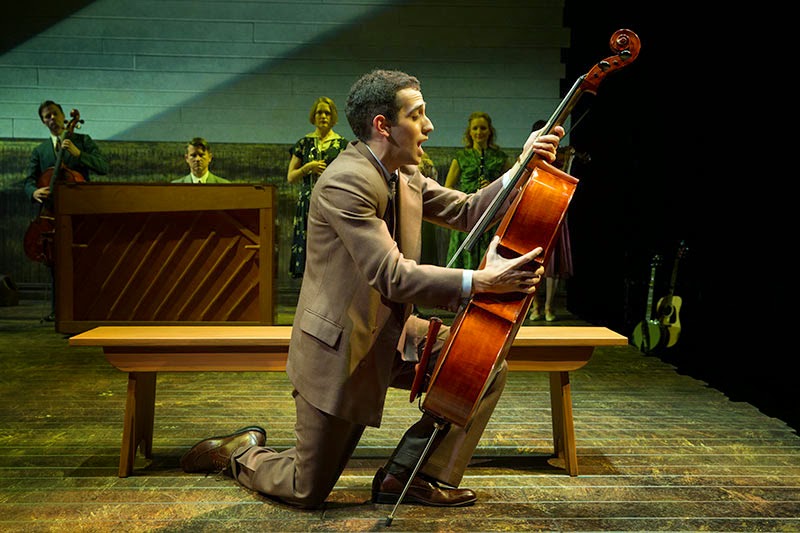 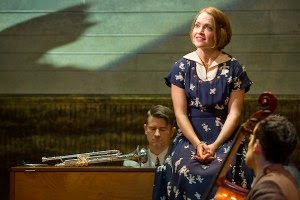 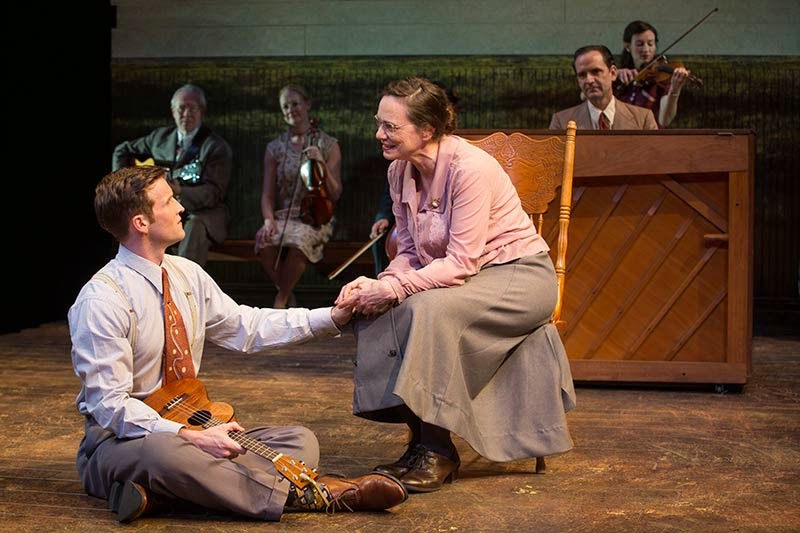 The principals are also superb.  Jessica Tyler Wright strikes the perfect balance of doting wife and protective mother bear, with a lovely voice and striking facial expressions that tell us as much about her character as her spoken words do.  Broadway favorite Malcolm Gets is also doing excellent work as the moody and distant father.

But the two central actors in the show are what really propel this into a must-see affair.  The delicate look of Tony nominee Elizabeth A. Davis has the perfect way to snare our attention just as her character Jenny as gotten the attention of Joe, but as her detailed performance evolves, she does a remarkable job transforming into someone you'd never expect - Ms. Davis has created a one-woman cautionary tale to be sure! 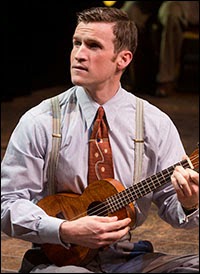 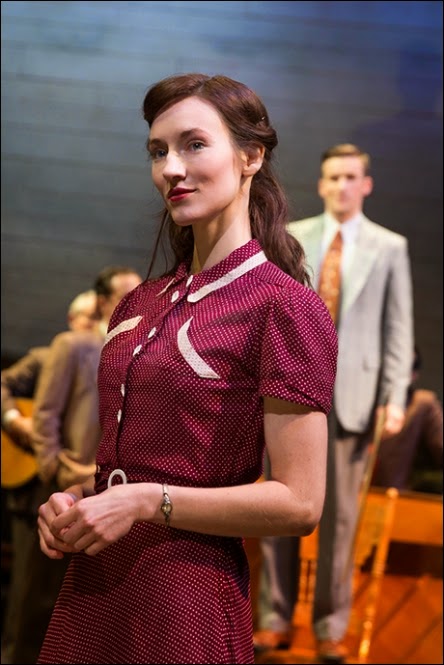 There aren't enough words of praise to heap upon Claybourne Elder, who, with his masterful performance as Joe Taylor, Jr. has surely solidified his place among his generation's finest musical theatre actors.  Though he only gets one solo number to show off his significant vocal talents, it is his acting that is thrilling.  The physicality of his role - he ages from birth to middle age - must be as exhausting for him as it is mesmerizing to watch.  The details of Elder's every move convey the specificity of each stage in the man's life - watching Joe's very first steps is a delight.  He also spends a good deal of time observing how everyone else in his life impacts him, and his face portrays a stunning amount of complex emotion. The chemistry between Mr. Elder and Ms. Davis is so real and engaging, you can feel it in your bones.

The same could be said for Allegro itself.  It is so real and engaging that the time flies by.  But even now, nearly two weeks later, the show continues to creep into my thoughts.  That kind of staying power is rare in these fast-paced, blink-and-its-gone times.  It seems that the times have finally caught up with this gem of a show.