I had the distinct pleasure of seeing the new film, Love, Simon at a preview screening last night.  I wish a film like this was around when I was a teenager struggling with my identity. It's funny, touching, romantic, infuriating, and just a plain old good time at the Bijou.  I highly recommend seeing this movie!

Anyway, it probably comes a no surprise to anyone reading this, that musical theater wasn't far from my mind even as I was enthralled by Simon, his friends and family.  And there were (at least) five reasons why this movie has got something for musical theater fans! 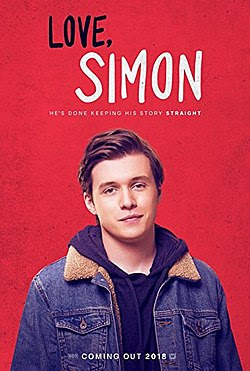 5. THERE'S A BIG MID-MOVIE DANCE NUMBER
Okay, so it's not done to a show tune, though it may have been added to the stage version of The Bodyguard, I'm not sure.  But it is a big dance number with lots of dancers and costumes!

4. SIMON'S DRAMA TEACHER
Besides being patient (mostly), great with a snappy quip (frequently), and an amazing advocate for the LGBTQ community (fierce!), Ms. Albright (played by Natasha Rothwell) gave up a career on the stage to be a drama teacher.  Listen closely to find out what show she was an "extra" in before becoming a teacher! (I won't spoil it for you, but it's a show currently on Broadway!)

3. RUNNING LINES AT THE LOCAL WAFFLE HOUSE
I don't know about any of you high school Thespians, but we frequently went to our local diner (no Waffle House in my town) and ran lines after rehearsals. Okay, that was our intention, and we always started to run lines until either the food came, or the waitress told us to "pipe down!"  In the movie, some lines from the school play are run, but the waiter had other business to take care of,,,

2. THE SCHOOL PLAY IS SHOWN FROM REHEARSAL TO OPENING NIGHT
First of all, how awesome is it that this suburban high school gets to do Cabaret? But also how cool that the school has embraced color-blind casting with an African-American girl (Alexandra Shipp) playing Sally Bowles! 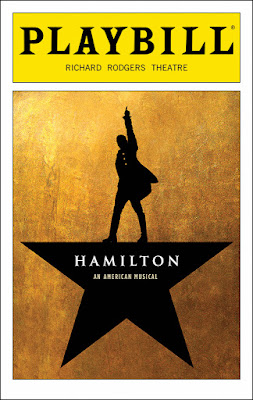 1. SIMON HAS A HAMILTON PLAYBILL!
Sure, he has his school play poster on his bedroom wall, but every time he's at his desk, there's a Hamilton Playbill tacked to the wall by his window. I'm betting he has the cast recording on vinyl.
Posted by JK at 8:14 PM