Only time will tell if the second decade of the 21st Century will have generated what will be known as a "classic Broadway musical." No one knows for sure. But with the wonderful mix of established writers and fresh new voices that the past ten seasons has seen, it seems likely.
As we have been looking back and creating our "Best of" lists, we took note of all of the new songs created for shows (there were a lot of them). And we decided to go old school and create a Casey Kasem-like Top 40 Countdown, which we will begin today!
THE BEST OF THE DECADE:
The Broadway Top 40 Countdown
# 40 - 31
This first group includes songs from 3 Best Musicals, several established composers and lyricists, some folks new to the game, mega-hits and mega-flops. Enjoy! 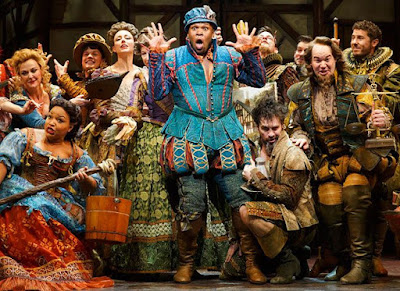 40. "Welcome to the Renaissance" - Something Rotten
MUSIC and LYRICS by Wayne Kirkpatrick and Karey Kirkpatrick
SUNG by Michael James Scott and Company
Seems like the perfect song to kick off a countdown. Love how this one is smart, clever and sets the tone perfectly. And it's catchy, too! 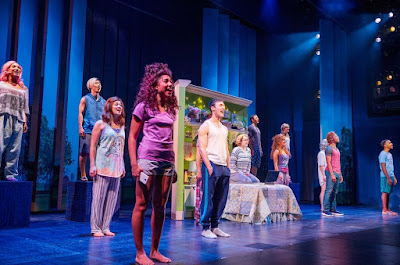 39. "Unruly Heart" - The Prom
MUSIC by Matthew Sklar     LYRICS by Chad Beguelin
SUNG by Caitlin Kinnunen and the Ensemble
This one makes me feel so many emotions. A beautiful song with an important and beautiful sentiment. 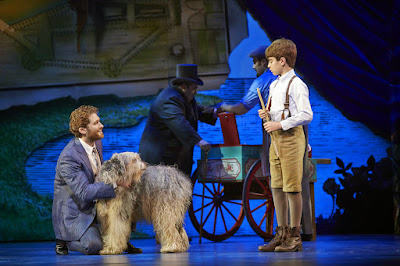 38. "When Your Feet Don't Touch the Ground" - Finding Neverland
MUSIC and LYRICS by Gary Barloe and Eliot Kennedy
SUNG by Matthew Morrison and Aidan Gemme
See number 39. One of four or five places during that show that made me cry. 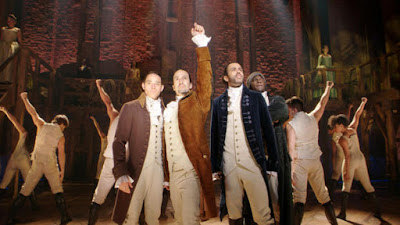 37. "Alexander Hamilton" - Hamilton
MUSIC and LYRICS by Lin-Manuel Miranda
SUNG by The Company
Talk about a great opening number! I especially love how it builds and builds to that amazing tag and poster pose!

36. "I Believe" - The Book of Mormon
MUSIC and LYRICS by Robert Lopez, Matt Stone and Trey Parker
SUNG by Andrew Rannells
After the zany bombast and spectacle of "Spooky Mormon Hell Dream," it was wise for the plot to slow way down, add a good bit of actual substance. And what a great way to highlight Andrew Rannells' vocal gifts, too. Nice that while it is an epiphany, it still has a great sense of humor.

35. "On the Verge" - Women on the Verge of a Nervous Breakdown
MUSIC and LYRICS by David Yazbek
SUNG by Patti LuPone, Sherie Renee Scott, Laura Benanti, Nikka Graff Lanzarone and the Women
Easily one of the catchiest numbers of the entire decade. The colorful bungee swings. The ululating. The lollipop. 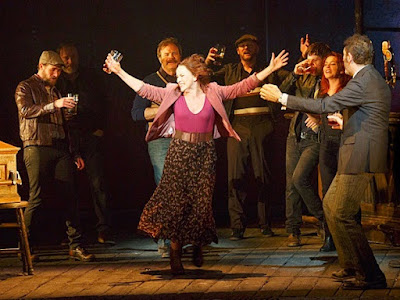 34. "Show Some Respect" - The Last Ship
MUSIC and LYRICS by Sting
SUNG by Sally Ann Triplett, Michael Esper, Jimmy Nail, Rachel Tucker and Company
Moving, catchy and a call to arms anthem all at once - this song is just one of many highlights of a vastly underrated score and show. 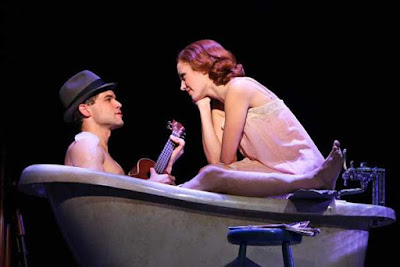 33. "How 'Bout a Dance?" - Bonnie and Clyde
MUSIC by Frank Wildhorn  LYRICS by Don Black
SUNG by Laura Osnes
It's no secret that I loved this show and its beautiful score. The absolute highlight, though, is this song, so sensual, so evocative of a different time, so plaintive. One of Laura Osnes' best performances. 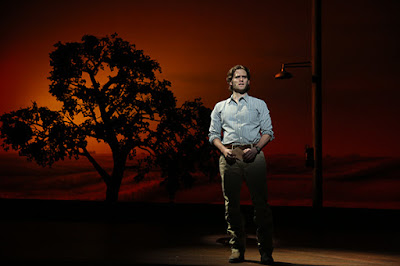 32. "It All Fades Away" - The Bridges of Madison County
MUSIC and LYRICS by Jason Robert Brown
SUNG by Steven Pasquale
Another great score from another great show, flop or not. Pasquale is just glorious here. 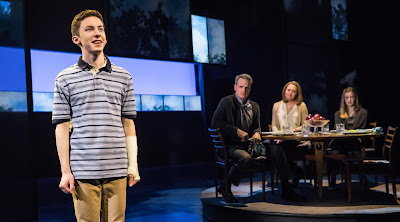 31. "Words Fail" - Dear Evan Hansen
MUSIC and LYRICS by Benj Pasek and Justin Paul
SUNG by Ben Platt
I've made no secret that I have big problems with this show, one being its rather generic score. It mostly all sounds the same to me. But it isn't without highlights, and this song is one of them. Andrew Barth Feldman (above) acted it better.
LOOK FOR #30-21 NEXT WEEK!
#2335
Posted by JK at 7:00 AM