Today, January 14, 2018, is a milestone day on Broadway.  There were many goodbyes to be shared.  Two shows are closing, the revival of Miss Saigon and Charlie and the Chocolate Factory.  With those closings, Broadway (and its legions of fans) bid adieu to two-time Tony winner Christian Borle and newcomer (and Tony nominee) Eva Noblezada. Show closings are always bittersweet, but without closings, there's no room for new shows, right?


Other shows lose their original stars today - one very high profile, the others with departures that are not headline makers.  Of course, I'm talking about the final performances of Bette Midler (the headline maker), Tony-winner (and Dolly! Tony nominee) David Hyde Pierce, Beanie Feldstein and soon-to-be Evan Hansen, Taylor Trensch in Hello, Dolly! Pierce is a Broadway regular, and Trensch already has his next role, so we won't be without them for long.  But Midler's departure is likely more epic.  Not just because she's a box office powerhouse, not just because it was hard to get her back on the boards even for this short stay, but because she is a legend who gave a legendary performance. People will talk for years about experiencing The Divine Miss M in Hello, Bette Dolly! Maybe she never really disappeared in the role (I never for a second forgot she was Bette Midler), but who cares? She was still magnificent - maybe Dolly Levi is Bette Midler, not vice versa... So long, dearie... 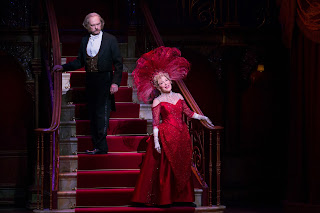 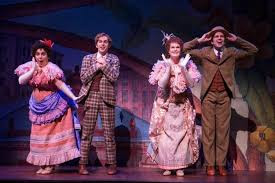 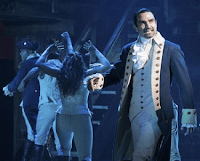 There is another Broadway exit that didn't get a feature story in the Times, or a moment on The Today Show, but it was no less epic for us true Broadway fans.  I'm talking about original Hamilton cast member Javier Muñoz. Terrific performer, yes.  Leader in the company and the community at large, yes. Outspoken activist, yes. Role model, yes. In short, he's the kind of person who makes the world a better place.  I, for one, can't wait to see what comes next from this remarkable human being.


Today we bid farewell to one of our original Alexander Hamiltons, @JMunozActor. We're celebrating his time with the show by looking back at his journey with Hamilton. #OneLastTime pic.twitter.com/BKvAKCORJm
— Hamilton (@HamiltonMusical) January 14, 2018

Another unsung Broadway hero, Tommar Wilson, also leaves a show today - a little skit called The Book of Mormon.  Maybe the most remarkable exit of them all that has gotten no press, Wilson has been with the show from the start - 7 years, over 2,000 performances!  What great thing that Josh Gad wasn't too big to remember his friend and co-star. THAT is a tribute!


Goodbye to one the last remaining members of the original #bookofmormon cast, @tommarw who has brilliantly graced the stage for over 7 years. You will be greatly missed my friend. Thank u 4 carrying on our torch for over TWO THOUSAND PERFORMANCES!!!! Wow. Much love! pic.twitter.com/Gn4tcWwXNH
— Josh Gad (@joshgad) January 14, 2018