Yesterday, I talked about the shows I was looking forward to that are already established. Today, I'll go over the new shows I'm definitely getting to. And I'll end with a short list of not guaranteed possibilities. (* - tickets already purchased.)

*Angels in America: Millennium Approaches and Perestroika - I've seen various productions of this epic over the years, including the original production of Part I.  This is an important work that has so much to it that it bears repeat viewing, and my hope is that a fresh take on it, along with the incomparable Nathan Lane, will bring even more layers to the surface.  And I'm looking forward to seeing Andrew Garfield live on stage as well. 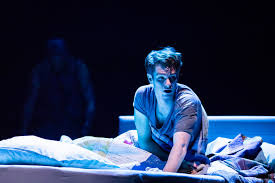 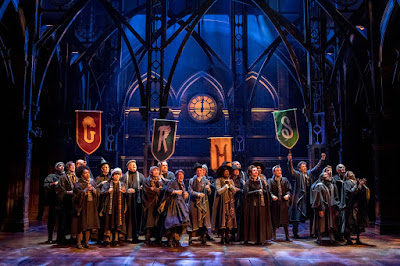 Harry Potter and the Cursed Child, Parts One and Two - If the ticket gods are on my side, and I'm given the chance to even purchase a pair, I'm looking forward to this for several reasons. One, I'm a fan of the books/films/characters, and I'm intrigued by the casting. Two, I enjoy fanciful, epic staging when it is called for (War Horse comes to mind), that shows how the imagination needed for live theater can be as powerful as movie magic (if not more). And third, it sounds like the antidote to the other two-part epic above.

*Three Tall Women -  I love the mental exercise of an Albee play, but the truth of the matter is that the draw here for me is Laurie Metcalf.  She is one of my all-time favorite actresses.

*Chess (Kennedy Center) - Where do I start? The casting? The director? No. The score. One of my absolute favorites. Ever. And the continuing quest for a book that works.  But, yeah, Michael Mayer, Raul Esparza, Ramin Karimloo, Ruthie Ann Miles and Karen Olivo... no matter what, it will be a thrill. 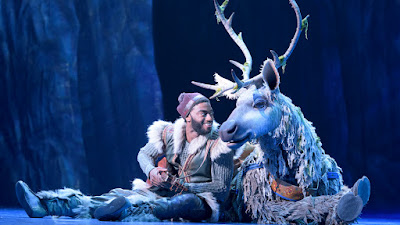 *Frozen - I realize that it isn't culturally cool to love this property anymore...something about backlash or overexposure, or some other silliness, but I love the film, the message, the characters, the story, and, yes, "Let It Go." Say what you want about commercialism, blah, blah, blah... but Disney Theatrical puts on a hell of a show.  (Can't wait to see Sven!) A giggly Patti Murin and Caissie Levy holding court and belting? I am so there!

*Carousel - Another no-brainer, given the casting (I've been a Joshua Henry and Jessie Mueller fan forever). But it is also the only Rodgers and Hammerstein musical I've never seen on stage. Oh, and "The Carousel Waltz" is one my favorite pieces of music ever written. 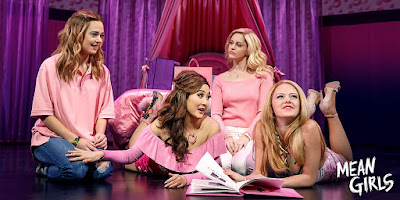 *Mean Girls - Fun and splashy musicals can be just as terrific as the heavier stuff, and I love the movie on which this is based.  Bitchy high school girls are just one step away from fag hags, right? Writer Tina Fey and the star power of Kerry Butler, Barrett Wilbert Weed, Ashley Park, Kate Rockwell and the underrated Taylor Louderman should combine to make a very fetch funny evening.

*My Fair Lady - Easily one of my favorite "classics," I can't wait to see a full blown, professional staging, and Bartlett Sher (along with Lincoln Center Theater) is just the guy to do it. Plus, he's one of the few directors who seems to understand how to stage something at the Beaumont.

SpongeBob SquarePants - Full disclosure: I've never seen an entire episode of the show.  And that's  what's holding me back, really.  But the buzz is great, the creativity of the whole enterprise appeals to me, and I am a big Wesley Taylor fan (and Ethan Slater sure is easy on the eyes...). 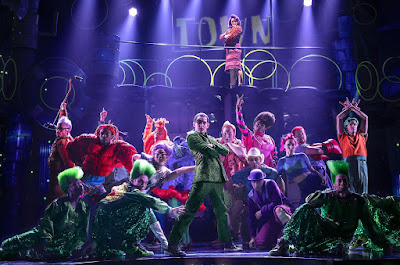 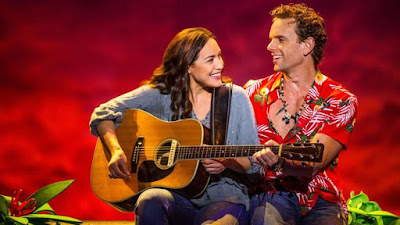 Escape to Margaritaville - Full disclosure: I know almost nothing about Jimmy Buffet's music, but the vibe of the logo and pre-Broadway production photos appeal to me. Mellow can be good... and any excuse to have a margarita is reason enough to consider this one.

Summer - Full disclosure: I am a HUGE Donna Summer fan.  I can't sit still when I hear her music (which may be a problem for whoever sits next to me).  I'm not one of those people who automatically dismisses jukebox musicals or these bio-musicals. I just hope this isn't as dull as Beautiful, or as frustrating as Jersey Boys - play most of the song, please.  And I hope it's as fun as Mamma Mia! or On Your Feet! (I don't think this lends itself the the epic creativity of American Idiot...) 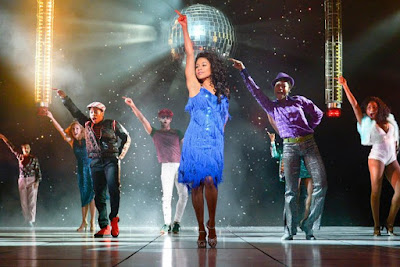 What are YOUR plans for the rest of the season? Take the survey at the top of the left column, and leave your comments below..  Thanks!
Posted by JK at 10:00 AM