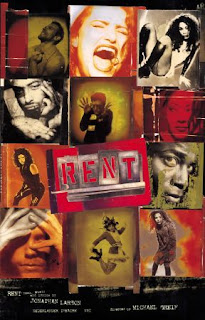 Sometimes when you see a brand new show you can tell it is going to be a success. Other times - rarely - you can just tell a brand new show will be a game-changing phenomenon. When I saw RENT the first time, it was only a few performances old. It wasn't sold out; there was no stand-by line; there was no lottery line. But I still knew that what I was seeing was going to change musical theater as we knew it.

How could I possibly know that? Well, it was so...different...the sound...the subject matter...the passion of the cast...the staging. All of it felt risky and not a sure thing at all. But i just knew. I think it had something to do with forgetting to blink. Or breathe. It was positively electric. And that cast full of unknowns. I remember distinctly being most impressed the Sarah Jessica Parker's brother was in it.

Of course, hindsight is 20-20. So many cast members became superstars. Musicals moved away from those 80's mega-musicals. Social consciousness as musical subject matter was back in style. Gay content moved beyond drag queens "putting on a show." The low-cost lottery system was born. And the show and score and its creator have become legend.

I am so grateful to have had this amazing experience. 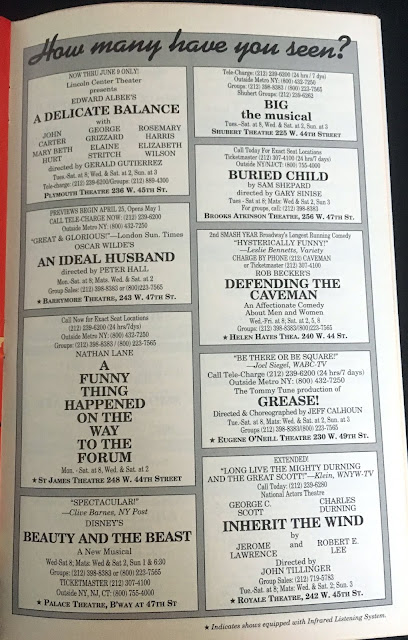 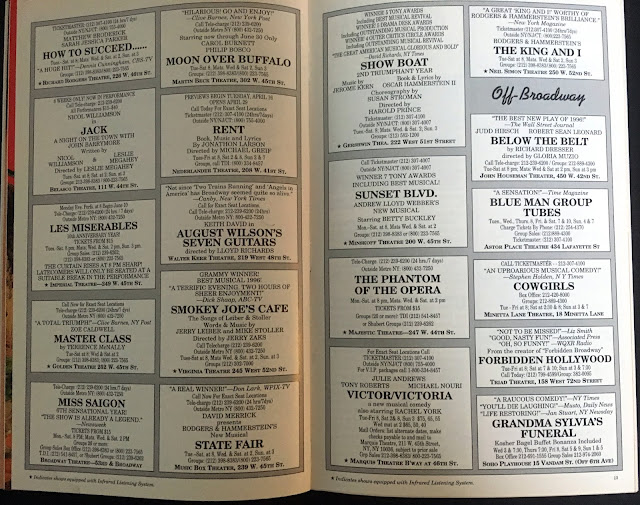