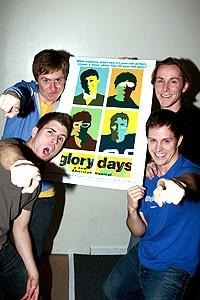 I'm sure we can all agree that we all have favorite shows that ran for far too short a time. And we probably all have seen shows that we can't believe ran at all. Over the years, I've seen plenty of short running flops. I got to see the notorious Glory Days before it came to Broadway. The same with Grind and Teddy and Alice. And I've seen plenty of shows on Broadway that were financial flops, many of those ran under 100 performances (I'll bet you have, too!).

Here are the 20 Broadway shows that I got to see with the shortest runs in descending order of number of official performances. Together, they have run a collective 574 performances, an average of 28.7 performances. One of them was a limited run; four were revivals; three I actually saw more than once; two I saw on Broadway and in pre-Broadway runs. Only five of them I hated completely. 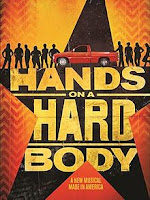 Labels: Broadway Musicals, Hands on a Hardbody, Smile, The Story of My Life