As the Broadway season approaches its conclusion, here's a little quiz about the 2021-2022 season. Good luck! 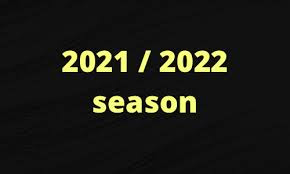