NEW TOURNAMENT! The Greatest Musical Opening Number: Elimination Round One 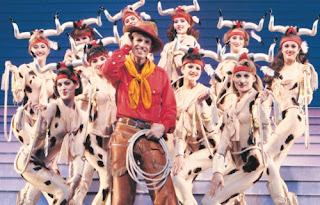 The Greatest Musical Opening Number
Tournament: Elimination Round One

Be sure to consider the show & the song, not just the show. It is possible that the best opening number might not be from the best show!  Unlike previous tournaments, every question is not "required," though we hope you'll each one. So if you aren't familiar with a song, you don't have to vote on that pair (but of course you can!). 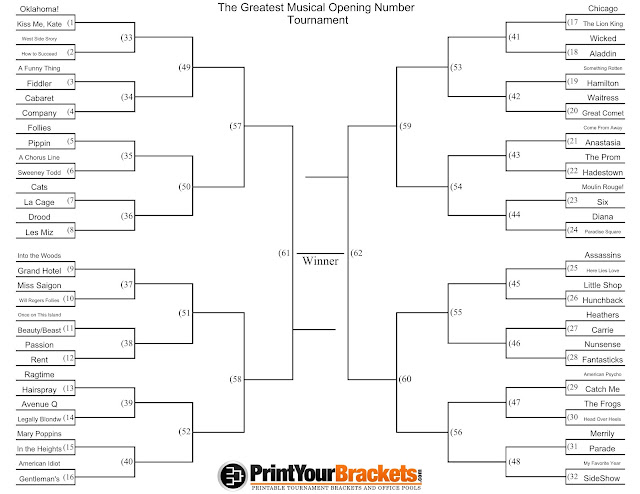 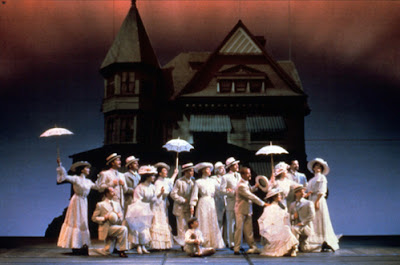