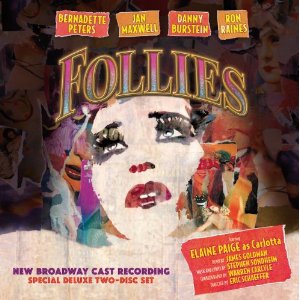 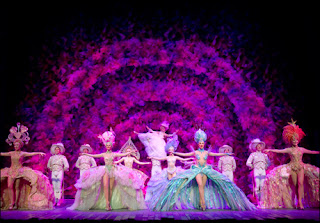 The Top 5 Reasons You Need This CD:

1.  Preservation of the Complete Score:  Great care has been taken to include the full numbers as performed.  This includes the Prologue and Overture.  And because a great deal of the dialogue has been included, so has a huge amount of the underscoring.  Of course, at last being able to enjoy the brilliance of Stephen Sondheim's epic score within the context of a full production, is an irreplaceable thrill for musical theatre enthusiasts.

2.  The Orchestrations:  Master orchestrator Jonathan Tunick has done a truly amazing job with this score, and it is a marvel of detail, nuance and broad strokes.  John Berkman's dance arrangements fold seamlessly into the wide canvas of the entire show.  And, as in the theatre, the full 28 piece orchestra under the baton of James Moore offers a lush, full-bodied, and frankly, often breathtaking rendering of the brilliant Stephen Sondheim score. 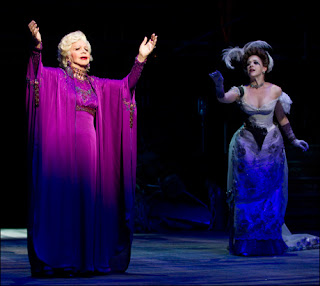 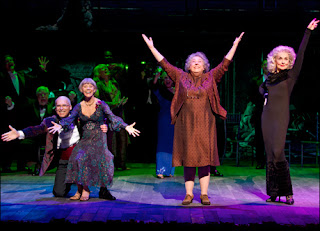 3.  The Caliber of Performances by the Supporting Cast:  In a show about the death of a theatre, there is something intrinsically sad about the casting of aging divas and women that are, by virtue of their age, not a sought after group of actresses.  On stage, there are two moments that visually capture that tragic "what was and what is" juxtaposition: the moment when the ghosts and the ladies perform "Who's That Woman/Mirror Mirror" and the parade of the ladies down the stairs during "Beautiful Girls."  But every single performance uncluttered by the visual on CD rings just as true - lustful for life, vibrant, and yet past its prime and showing its age.  The trio of "Rain on the Roof/Ah, Paris!/Broadway Baby" sung by Susan Watson, Don Correia, Mary Beth Piel and Jane Houdyshell is particularly poignant, as vocally, we hear the dings and kinks of once glorious voices now tempered by the same thing that chases us all - age.  An even more thrilling example of past meets present comes in the form of  "One More Kiss" sung by the lovely opera diva Rosalind Elias and future diva Leah Horowitz.  That number, on stage and on this recording, is what Follies is all about.  And then there is what has to be the definitive recording of "Who's That Woman?" gloriously belted by Terri White, who goes to show you that later in life doesn't mean life is over.  Of course, this shining moment of youthful defiance is the ultimate sad irony.  Thank the musical theatre gods that that also comes through on this recording. 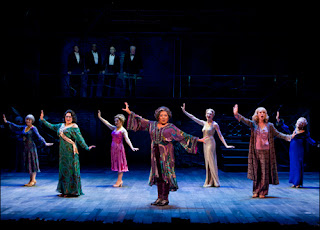 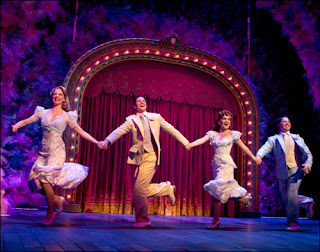 4.  The Caliber of Performances by the Principal Cast:  As we learned from Women on the Verge of a Nervous Breakdown, casting a show with actors with high caliber musical theatre credentials doesn't guarantee that a show will work, but Follies by its very nature trades on the idea of bygone eras and bygone talent.  And in its five leads (OK, four, but I'm talking billing here) the show has it all at its very apex of greatness.  Whether it is the angry bitterness of a well-sung and very unlikable Ron Raines as Ben, or the defiantly angry bitterness of a well-sung and brilliantly acted Jan Maxwell as Phyllis, their characters come vibrantly to life even in the aural only world of cast recordings.  And there is a lot of bite, regret and defiance in the Carlotta of Elaine Paige here, too, which comes across more so on this CD than live onstage with its unbearably cute staging (and, arguably, the show's only off moment) As blistering as their performances on CD, though, it is the defeated, heartbreaking resignation that elevates Danny Burstein's Buddy, who tries valiantly to fight off that resignation. His performance here, as on stage, is simply amazing.  For the record, their younger counterparts - played by Laura Lee Gayer, Kirsten Scott, Christian Delcroix and Nick Verina - are equally excellent on the recording showing us what was and sounding much like their older selves.  "You're Gonna Love Tomorrow" is a treasure of this recording. 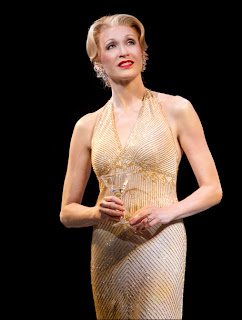 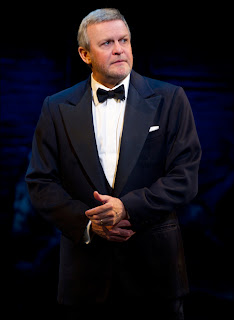 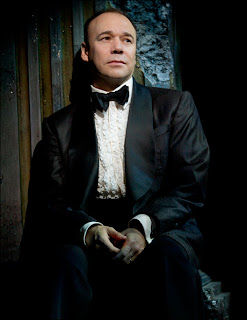 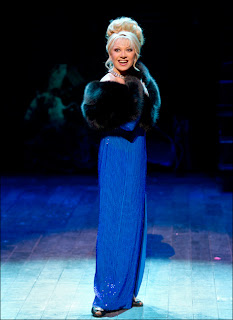 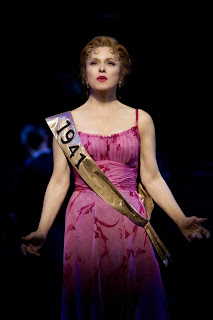 5.  Bernadette Peters:  Ms. Peters' performance as the tragically deluded Sally Durant, who can't reconcile a past that she has idealized with a present filled with compromise and "doing what is expected", has been a point of controversy about this production.  Am I the only one who sees the bittersweet irony in her brilliant performance - one riddled with bouts of fancy (read "crazy diva") and a squeaky, worn voice that more than hints of a glorious instrument of days gone by?  She really is, after all, a celebrated Broadway legend, who really is - forgive me, Bernadette - aging.  Like Sally, her life has had its share of triumphs and tragedies.  And all of that experience and baggage informs her character on stage, and stripped of the visual, is even more touching and sad on this recording.  Her line readings in "the scenes" on the CD make me tear up every time.  And her renderings of "In Buddy's Eyes" and "Losing My Mind" are no less than brilliant here, perhaps more so than on stage.  It isn't that she isn't in fine voice on the recording - she is the fabled Bernadette Peters as always for fans who miss this show.  But she also reminds us, again like Sally, that she (and we) are getting older and not necessarily past our prime, but at a different level of prime, achieved only by having lived.  Isn't it folly to go to this show in 2012 and expect to hear Bernadette Peters circa 1984?

Rate this blog below and leave your comments here, or email me at jkstheatrescene@yahoo.com, or Tweet me!
Jeff
3.137
Posted by JK at 12:01 PM