Broadway favorite and perennial magazine cover boy Neil Patrick Harris has made the cover of yet another magazine.  This time, though, it is part of a celebration of love stories and the impact of marriage rights for gays and lesbians, and the repeal of "don't ask, don't tell," as presented in this month's issue of OUT Magazine.

In the issue, there are 26 such love stories presented with people from all walks of life - actors, artists, writers, even a pair of recently out military men.  These are people who are in long-term, committed relationships which have survived during times of oppression, and who are now freer to express their love and commitment to each other in their workplace and in their lives.

Within the stories, there are three that should have particular resonance for Broadway fans, and I feature them here.  But to get the full scope of this romantic and politically important issue, click HERE to see more and to get information on the full issue of OUT Magazine.


Tony Winner Denis O'Hare (Assassins, Take Me Out, Sweet Charity) discusses why getting married as quickly as possible after it became legal in New York.  The couple also discusses why their family includes foster children.  Click HERE for the full article.  Photo by Martien Mulder. 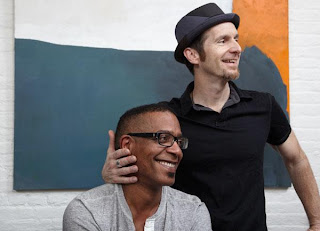 
Tony Winner Bill T. Jones (Fela!, Spring Awakening) and his partner talk about a second chance at love after the loss of a partner, and how two diverse creative careers can combine both in culture and in love.  Click HERE for the full article.  Photo by Martien Mulder. 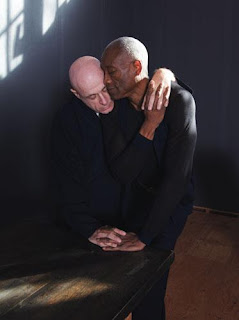 
One of Broadway's best friends and frequent Tony Awards host Neil Patrick Harris (Cabaret, Assassins, Sweeney Todd, RENT) and his Broadway actor partner David Burtka (Gypsy) talk about their engagement to be married, why they are waiting and what life is like as America's most famous gay parents.  Click HERE for their cover story and even more photos.  Photos by Matthew Kristall. 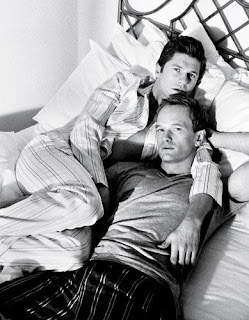 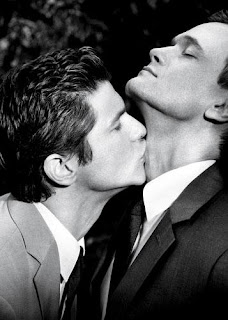