TheatreScene Chat: Teddy and Alex: Back On Stage

This is the second in a series of short interviews with two up and coming stars of the current Broadway generation, Teddy Toye and Alex Wyse.  The first interview in this series can be found HERE.


UPDATED INFORMATION BELOW!
When I last chatted with the guys, we talked about life after Lysistrata Jones and the making of the Original Broadway Cast Recording.  Now, both have moved on to their next projects: Alex Wyse is co-starring in the new Off-Broadway production of the award-winning Fringe Festival entry, Triassic Parq: The Musical, and Teddy Toye has joined the National Tour of Bring It On: The Musical, which recently announced a limited Broadway engagement this summer.

Needless to say, both are super excited about their newest jobs!  Here, they share all about getting the job and what they are most looking forward to with these newest shows and challenges.

5 QUICK QUESTIONS
WITH TEDDY AND ALEX

Question 1: So, after Lysistrata Jones closed, besides doing the Cast Recording, what did you do to keep busy?  Earn a living?  Stay “in the game”?

Teddy Toye (TT): Well, the first thing I did, which I feel like most actors do when their show closes, is file for unemployment! (Laughs) So that was my basic source of income so I could just continue to audition full time. I spent a lot of time going to the gym to stay in shape, hanging out with my friends from LJ and girlfriend. I choreographed a few dance pieces for different places as well to make a little extra money on the side.

Alex Wyse (AW): After LJ ended, I did a number of readings of plays and musicals in development, I auditioned a lot, I sang in a bunch of concerts, I filmed a commercial, I wrote a draft of a play, and I tried dating. The last one didn’t work out. 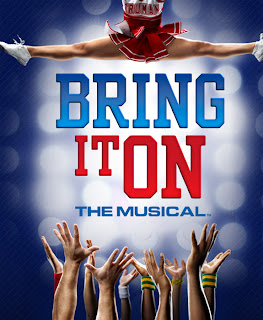 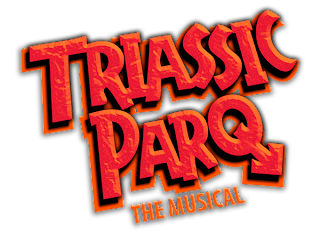 Question 2: TV shows and movies and even musicals (like Smash and A Chorus Line) show Broadway auditions as if everyone just shows up, sings and dances and leaves.  Is that really how it goes?  Can you explain, from finding out about the auditions for Triassic Parq and Bring It On through that initial audition, how it goes?

AW:  With Triassic, the initial auditions happened about a year ago. Originally, the show was scheduled for last season, but it got pushed back. So there was that first round, and then this most recent round of auditions. The first audition was especially fun. It involved improv games and group exercises. They asked us to bring in our own crazy piece – I will not reveal what I did in that audition room. It was filthy and wonderful. Then this most recent round of auditions - in the room was the entire creative team. The director, casting directors, choreographer, music director, writers, producers, etc. And they were a lot friendlier than the assholes on Smash, and no one sang Christina Aguilera’s “Beautiful.”

TT: It sort of does happen like that. My agent actually called me our final week of Lysistrata with the audition for Bring It On, and at first I didn't want to go; I figured I wouldn't be right for the show because I can't tumble, and I've never cheered in my life. But then I figured I might as well go to the audition, anyway. It wouldn't hurt. Plus, I've always wanted to work with Andy Blankenbuehler. [For] the first auditon, I was given a time to go in, and I was told I would be dancing. So I basically just showed up. Andy was there with his associate choreographer, Stephanie. They taught us a routine from the show, we had to do it in groups of 4 - twice for them, and then when everyone was done, they asked certain people to stay and sing. So I got asked to sing, [and I was] waiting in line with the rest of the guys who got asked to sing. We went in one at a time, sang a :30 cut of a song for them and then went home.

Question 3: After the initial audition, what happens?  Call backs?  What happens at a call back that is different than the first audition?

TT: Yes. Call backs are the next step after the initial audition. In this case, I got a call from my agent the night of the first audition telling me I had a callback the next day, but this time I had 3 different characters to learn and 3 songs as well from the show. So I got an email with all the material and songs, ran over to my friend's place who's an accompanist and had him play the music so I could learn it that night. The next morning we started off with the same dance we learned from the day before, went through that a few times and then did it for Andy multiple times. Then he moved on to another 3 dances throughout that day. He ran this audition as more of a rehearsal because he wanted to see what he's going to be working with if he actually gave you the job. When that was all done, we each had scheduled times to come back and sing the songs and sides from the show. At this point, Alex Lacamoire, who is the music director for the show, was in the room. I sang the songs and he gave me notes,and then I did it again for him using the corrections and stylings he wanted.

AW: After the first audition, I move on with my life. Sometimes I get a call telling me I have a callback! So I prepare the material again, and additional material they give me. Often times for a callback, they give you extra scenes and songs to learn. And often in a callback the director works with the actor in the room.

Question 4 for Alex Wyse: From what I’ve read, this production reunites some people from the show’s initial run at Fringe NYC 2010.  Were you a part of it?  What is it like working with people familiar with the show and people new to it?

AW: I was not a part of the original run, but about two years ago, I did a table read of the writers’ new draft. And after I did that, I said to myself – I will play this role. (I’d recently read The Secret.) The version we’re doing is very new, so even the cast members who were previously involved are learning a whole new show. It’s very exciting! And the creative team – their prior experience with the show has only made them into better leaders for this process. They are able to guide us with confidence, knowing what this show has potential to be. Seriously, this show is going to fuggin’ rock!

Question 4 for Teddy Toye: When you get offered a show how does that come about?  On TV, they seem to tell you right there or over the phone.  Is that really it?

Question 5 for Teddy Toye: Congratulations on booking the Bring It On tour!  Describe for us how you reacted to the news!  What will your role entail?  What are you most looking forward to?  Anything have you a little nervous?

TT: Thanks! I was thrilled and shocked! I didn't think that I would ever be hired for a cheer show without being able to tumble. I am actually going in as a temporary replacement for Michael Mindlin, who is leaving to go get married. So I will be taking over his track in the show for an entire month, as well as covering the principals Twig and Steven. I'm looking forward to learning how to stunt and do all the crazy cheering stuff.  I'm definitely nervous about it!  I just hope I don't drop anyone! (Laughs)
UPDATE: Several of you have asked, "Will Teddy be in the show when it comes to Broadway?"  Here's his answer! : As of right now, I'm not going to be with them at the beginning. I'll most likely be a vacation swing, or once a track opens up, I'll be with them, since I know 4 tracks in the show now.

Question 5 for Alex Wyse: Congratulations on booking Triassic Parq!  Describe for us how you reacted to the news!  What will your role entail?  What are you most looking forward to?  Anything have you a little nervous?  How fun will it be to work with Lindsay Nicole Chambers again?

AW: Thanks!! I was eating lunch with my very talented friend Corey Boardman when I got the call from my agents. And I screamed a little. And then I made friends with the sweet lady sitting at the next table, who rejoiced with me. In the show, I play the Velociraptor of Innocence. I am the show’s heroine. Yes, I play a little lady dinosaur, discovering the world. I am looking forward to all of it – this show is hysterical and heartwarming, and this cast and team are totally stellar. I can’t wait to make NYC laugh. And Lindsay! What’s great is that this time we actually get to do scenes together. In LJ , we didn’t have a single moment of interaction on stage together. Isn’t that funny? We existed in separate worlds. But now we get to do scenes, songs, and sweat on each other. Nice. And what I’m nervous about? I’m nervous about the absurd amount of singing I have to do! Right now, I’m learning how to pace myself… this show is a marathon! I look forward to all you sexy people seeing it.

Thanks for taking time from  your busy schedules to chat with me!  We'll talk again soon!