Tony Spotlight: NEWSIES in the News

LOVE NEWSIES?
VOTE FOR YOUR FAVORITE IN THE LAST ROUND OF "HOT/HOTTER"!
THEN NOMINATE THEM FOR BEST ENSEMBLE AND MORE
FOR THE JKTS AWARDS!
CLICK THE ICONS TO YOUR LEFT! 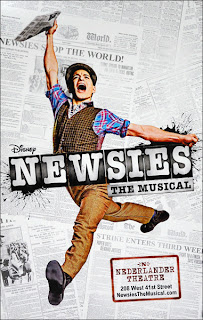 UPDATED!: The Brand New MTV music video of "The World Will Know" is added at the bottom of this post!  Enjoy!

As the Tony Awards creep ever closer, I think it is interesting to watch the nominees jockeying for position in the news - getting your name/brand out there keeps you on the minds of the voters.  Yet I think it interesting that at the same time most shows are playing it relatively close to the vest.  Still, there are two things nearly every show nominated does.  One: They make new ads - TV, online, banners - touting their awards and nominations.  Two: Shortly before the nominations are announced or in the time between the announcement and the time the voters come to see a the show, producers announce a tour.  As of the time I am writing this, Once, Nice Work If You Can Get It, Evita, Peter and the Starcatcher and End of the Rainbow have announced a National Tour.  (One Man, Two Guvnors will re-present its filmed version around the country again, and Follies has made sure all the West Coast Tony voters are seeing the show in L.A.)  All in an effort to entice audiences and grab more voters - a large percentage are presenters of those National Tours.

One show, though, has all of the theatre community abuzz with probably the smartest PR move ever.  That show, Disney's Newsies, hedged its bets by announcing a limited run.  The reviews were good; they announced a small extension.  Now, it is one of the front-runners for the big prize, and all over the Rialto, people are wondering, "When will they announce an open run?"  Time will tell.

Anyway, the show has been a constant presence in the media - news, talk shows, print media, and, of course, the Internet.  Below are pictures and links to several articles about the show, the creative staff and the cast of Newsies.  Enjoy. 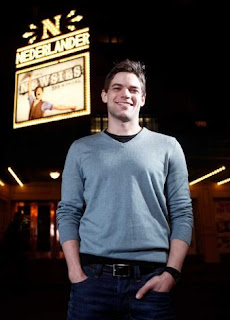 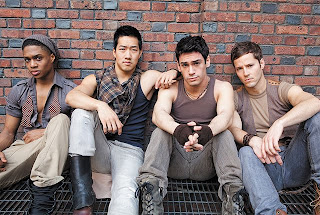 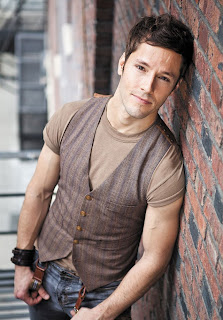 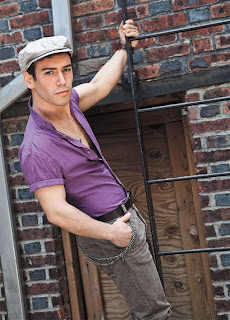 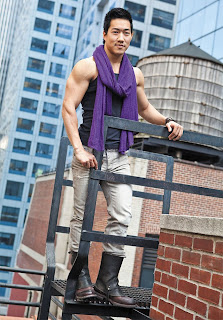 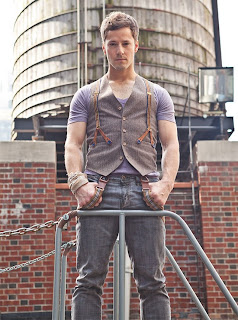 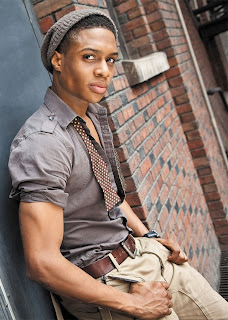 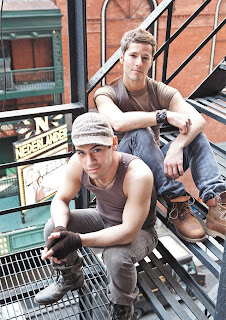 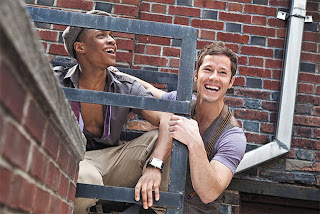 Next pictorial on the Newsies: to read the full article, click HERE. 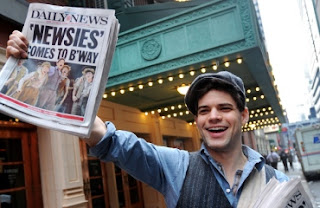 For full coverage, go to the show website by clicking HERE.

Also, for a lot of video coverage, including behind-the-scenes at the show and a series of "meet the stars" segments by Andrew Keenan-Bolger, go to YouTube and find the Disney on Broadway Channel.  If you love Newsies, you'll love all the insider info!

(For more pictures from these articles, go to my Pinterest board by clicking on the icon to your right.)

"Seize the Day/Santa Fe" - The View

"The World Will Know" - MTV Buzzworthy