BE SURE TO NOMINATE YOUR FAVORITE SHOWS AND STARS
FOR THE 2ND ANNUAL JKTS AWARDS!  CLICK HERE! 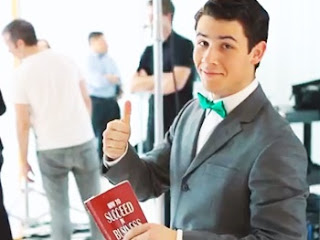 It happens very rarely these days that replacement casts get the opportunity to record their work on a cast recording.  The Brooke Shields Wonderful Town, I believe, may be the most recent.  Others (from the last 20 years) in my collection include: Ms. Shields in Grease! and the Vanessa Williams/ Howard McGillin/Brian Stokes Mitchell version of Kiss of the Spider Woman.  Over the years, there have been many replacement casts that I'd have loved to have heard on CD, like the Marin Mazzie next to normal or the Reba McEntire Annie Get Your Gun.  Still, I suppose that any recording of any show should be greeted warmly, as profits on products with such a narrow appeal are generally pretty small, if non-existent.  And so I applaud Broadway Records for recording and releasing an EP of Nick Jonas and cast in How to Succeed in Business Without Really Trying.  Given his appeal to the "tween" set of young girls (and not a few boys, I'm sure) as an actor and recording artist, this release makes sense.  One imagines this CD (or download) might be the first Broadway Cast Recording in many a collection. 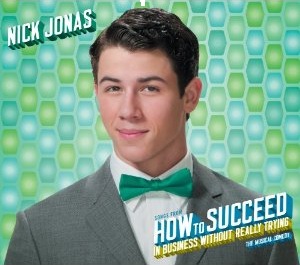 THE TOP 3 REASONS YOU NEED TO ADD THIS RECORDING TO YOUR COLLECTION:

3.  To support the quality recording of ALL Broadway scores.

I've said it before, and I'll say it again.  Who better than fans of theatre to support each and every recording that is released which preserves important scores, and in this case, important performances?  Kudos again to the new kid on the recording block, Broadway Records, for bringing this unique and rare kind of recording to the public.  So far, they are two for two in the quality department, and one hopes that this type of recording will now become less rare.  Don't get me wrong, I'd love a full recording with the full replacement company.  But in its stead, an EP of songs which feature Mr. Jonas is still more than we might have had, and I am grateful. 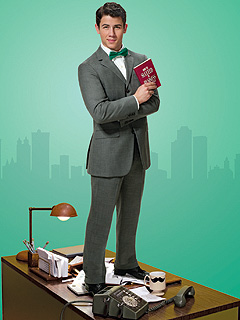 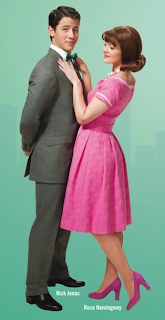 2.  The quality of the packaging.

It may seem strange to you that I am singing the praises of a tri-fold piece of card stock, but given the nature of the recording, a full jewel case seems wasteful and one of those slim, backless plastic cases is a pain in the neck.  Whether you are a fan of this more environmentally friendly kind of CD case or not, the quality of the content is such that it doesn't feel skimpy or cheap, either.  You get the full size H2S green logo featuring Jonas, two publicity stills (see above), and a very generous SIX full color production photos featuring most the numbers included on the EP.  One detail that I fully appreciate is that despite a change in record companies (DECCA recorded the 2011 Broadway Cast), an effort has been made to make this EP have the same style and feel of the other.  The layout and type style match, as well as all of the logos, making them a true set.  I respect and trust companies that take such care.

1.  The quality of the performances, particularly the star of the show.

The orchestra and the orchestrations by Doug Besterman are the same as the original recording with new vocal tracks laid over top.  The vocals of Rob Bartlett ("The Company Way," "Brotherhood of Man") and Rose Hemingway ("Rosemary") are wonderfully acted and sung.  The blending of Mr. Jonas and Ms. Hemingway's voices at the end of "Rosemary" is amazing!  I get goose bumps just remembering the experience!

But let's face it - Nick Jonas is the entire reason that this recording exists.  I have heard Robert Morse and I have seen Matthew Broderick and Daniel Radcliffe in the role, and of the four, Mr. Jonas is by far the best sung Finch.  By far.  Now, I'm not sure how he sounds in his pop recordings with or without his brothers, but I can see why so many people like him.  Gone is the nasally uncertainty of his performance in Les Miserables.  In its place is a mature, full-bodied voice with a nice vibrato that is not strained or forced.  When he really lets his belt out, particularly in "I Believe In You," the sound is wonderful, making the fact he doesn't get to let loose at the end of "How to Succeed," my lone quibble with this recording.  What is also really nice about his performance here is that while his style and quality are top-notch, his performance as Finch comes through very clearly, too.  One gets the sense that his youth is firmly hidden under a wise maturity and a crafty thinking man veneer. Finch's trickery and ladder-climbing snark are very present in "The Company Way" and he seems genuinely shocked and thrilled at his romantic revelations in "Rosemary."  But what sets Jonas' performance apart from the rest is his obvious understanding of everything that is going on during "I Believe In You," part pep talk confidence builder and show of strength as the executive sharks circle their next victim.  I can only imagine how he is in performance.

And I am guessing that at least part of the reason this EP has been released is to draw in curiosity seekers and fans of the show who might be unsure of the new leading man.  If these five songs are any indication of his full performance, I might just have to stop by the Al Hirschfeld Theatre before he departs in July.