I cannot believe that March starts tomorrow.  March!  What the hell happened to January and February?  Funny how time flies when you are freezing your ass off, right?  And now it is time for the theatre season to kick into super high gear as the rush to open before the end of April hits every producer in town!  And now it is time to take a look at those shows I am looking forward to that opens between the beginning of March and the end of May.

Like I always say, though, I have to look back before I can look forward.  My blog that covered winter (HERE) had me looking forward to two plays, two musicals and one holdover musical from the fall.  Well, I didn't make it to either play, but I did get to all three musicals, plus a re-visit to one of my favorite shows from last season.  How did I fare? Well, Matilda (A+) is as good as ever.  But the new musicals were more decent than superb - A Night with Janis Joplin (B-) and Beautiful: The Carole King Musical (C), though I really loved one: The Bridges of Madison County (A).  Janis and Carole reflect my growing displeasure of "Baby-Boomer-Bio-Musicals," though both featured superior, career-making leading performances, which lifted my grades for both.  So for the slow months, I guess a grade of B overall isn't too bad.

And so on to the spring... I am excited about several new shows, and really hope to get to a few plays, too.  I have tickets to all of the musicals still to open (I am so lucky!), but I'm not terribly excited about all of them, so you won't see them all here.  Don't get me wrong - I am looking forward to seeing Neil Patrick Harris and Ramin Karimloo, and I wouldn't say "no" to seeing the likes of Audra McDonald, Denzel Washington, or Santino Fontana, but their shows don't interest me too much.

You'll probably see a common theme or two as I share my thoughts on these 10 shows that excite me this spring... 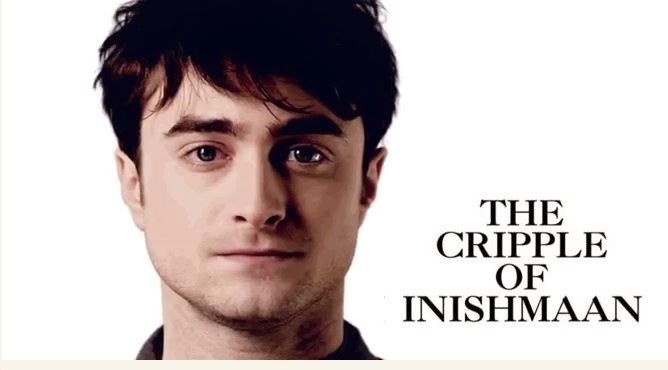 The Cripple of Inishmaan (Broadway - Cort Theatre)
Yes, seeing Daniel Radcliffe has its appeal for sure.  The guy is talented.  But I also love the plays of Martin McDonagh, and I've seen this one before, regionally.  It is warm, funny and intriguing.

Mothers and Sons (Broadway - Golden Theatre)
A new play by another of my favorite playwrights, Terrence McNally is reason enough to want to see this one.  But, really, you can't beat Tyne Daly.  Or Bobby Steggert.  Or Frederick Weller. 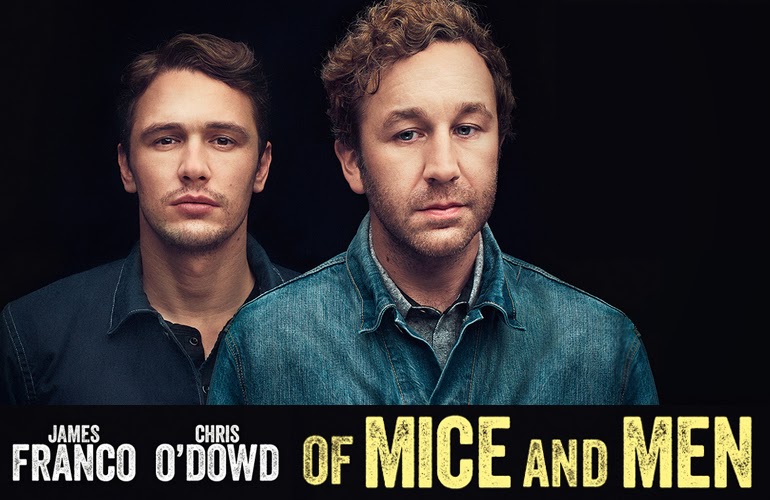 Of Mice and Men (Broadway - Longacre Theatre)
A play based on one of my favorite stories is the biggest reason I am looking forward to this one.  I'd be lying if I didn't admit that seeing James Franco is intriguing at the very least.

The Realistic Joneses (Broadway - Lyceum Theatre)
This is all about the cast. I'd love to see both Toni Collette and Michael C. Hall again.  I loved them in The Wild Party and Cabaret, respectively. Plus, who doesn't admire Tracy Letts and Marisa Tomei?  And I want to see what all the fuss is about over Will Eno.

Aladdin (Broadway - New Amsterdam Theatre)
I know it isn't en vogue to admit to liking Disney musicals.  But I love them - all the spectacle, the theatricality, and the music is always good.  I never feel like I didn't get my money's worth.  OK, so maybe not The Little Mermaid... But I have high hopes for the street rat and his blue buddy!

Rocky (Broadway - Winter Garden Theatre)
The film was literally the first drama that made an impression on me.  I was 9 years old and completely captivated by a boxer (I hated all sports) and a homely girl.  I am excited to see how it translates to the stage and how the great young director, Alex Timbers, creates a theatrical event.  Plus the Golden Circle thing intrigues me.

Violet (Broadway - American Airlines Theatre)
This is another show I missed the first time around.  And since her triumphant Fun Home, I'm looking forward to hearing another Jeanine Tesori score.  Sutton Foster and Joshua Henry certainly sweeten the deal.  And seeing it at the American Airlines Theatre will mean I have been in every active Broadway house!  Complete set!

What shows are you most looking forward to this spring?  Write or Tweet me!

Labels: 2013 - 2014 Season, Act One, Aladdin, Bullets Over Broadway, Cabaret, Hedwig and the Angry Inch, If/Then, Les Miserables, Mothers and Sons, Of Mice and Men, Rocky, The Cripple of Inishmaan, Violet