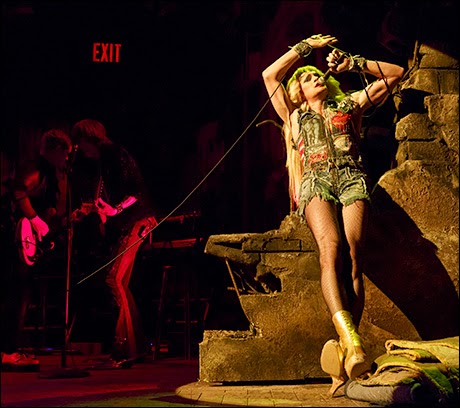 No one will ever be able to say that Neil Patrick Harris is resting on his Tony-winning laurels or phoning it in during his final weeks in Hedwig and the Angry Inch (as this posts, he's starting his last seven shows).  The same goes for his Tony-winning co-star, the luminescent Lena Hall.  Audiences are being treated to a show that actually lives up to its hype, a rarity these days.  In fact, after having seen it close to its opening, and now again toward the end of its original cast run, I can even say I enjoyed it more the second time around!

Actually, my quibbles with the show remain the same (see them in detail in my original review HERE).  Harris is still uneven with the accent - and I'm not talking about the "voices' he uses when reenacting episodes in Hedwig's turbulent life.  It still also feels just wee bit too much like his Tony Awards hosting shtick in places.  I mean, would Hedwig really be able to make all of those modern Broadway jokes/references with such a knowing authority?  Also, I still can't quite wrap my head around the ending of the show... 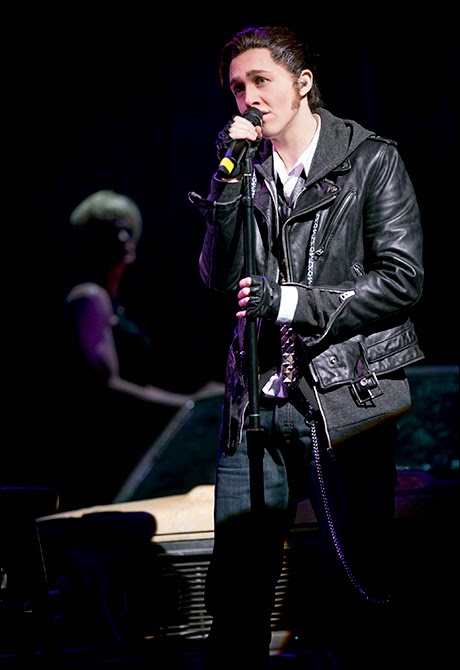 It is a rare thing indeed that a show with a slightly uneven lead performance and such a perplexing finish can still be so thrilling.  But the sheer force of nature that is NPH more than makes up for it.  His charisma pours off the stage and into your soul.  Then there is Ms. Hall, who really earns her Tony show after show.  This time around, I paid really close attention to her (his) every move.  It is a very detailed, full performance, from the intensity of  the songs, to the stolen passionate glances toward Hedwig to the heartbreaking looks of anger/painful jealousy.  And I also noticed that "The Angry Inch" is much more at ease, and goes well beyond an earnest playing of Stephen Trask's rock score.  Even though most of them don't even speak, you get a sense of who they each are.  Remarkable.

I am a little envious of those with tickets for this week's shows.  I imagine the energy onstage will blow the doors off the place.  And I am in awe of Andrew Rannells, who is so brave to be the follow up to what will likely be an iconic Broadway performance for the ages.  I'm sure he will be terrific.  I just hope the fans will give him a fair shake.