With the recent casting announcements for NBC's Peter Pan Live, and the news that Finding Neverland  will be coming to Broadway this season, I thought looking at Peter Pan would be a great Throwback Thursday topic!

Peter Pan (the play) debuted on Broadway in November of 1905.  It starred Maude Adams as Peter.  And she repeated her performance in 3 subsequent revivals. 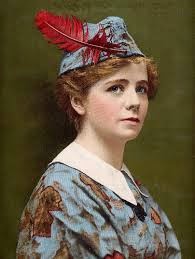 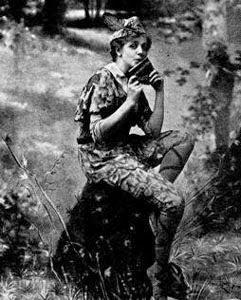 The play was revived again in 1928, starring Eva Le Gallienne.  But the last time it was revived - in late 1950-51 - was perhaps its most famous run beyond its debut.  It starred Jean Arthur as Peter and the legendary Boris Karloff as Captain Hook. 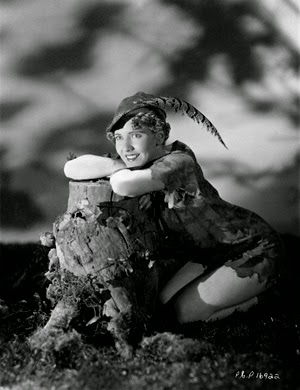 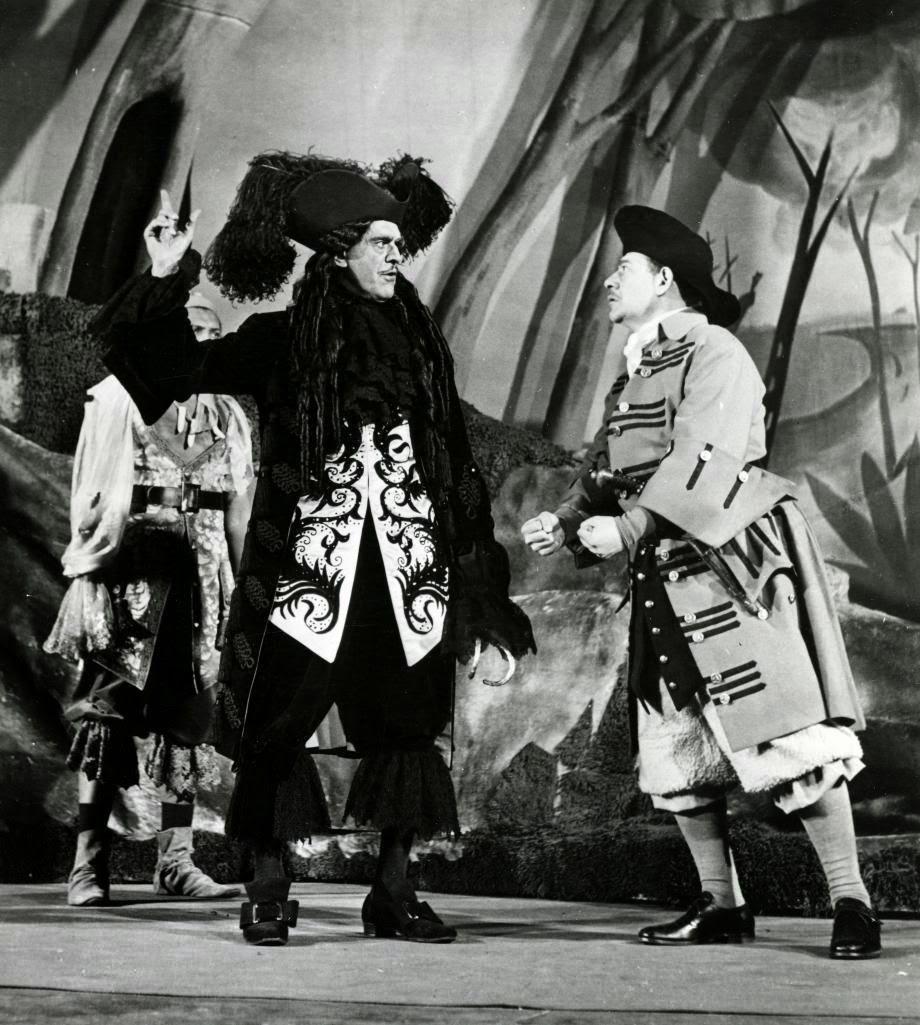 Jean Arthur as Peter and Boris Karloff as Captain Hook

Peter Pan (the musical) made its debut in 1954 starring Broadway icon Mary Martin as Peter and Cyril Ritchard as Captain Hook.  It ran an underwhelming 152 performances.  But after it aired several times in later years, the show became a classic.  I love the score, don't you? 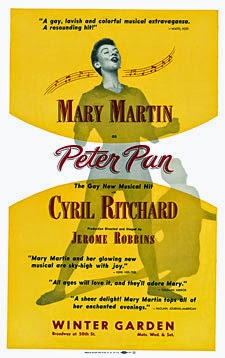 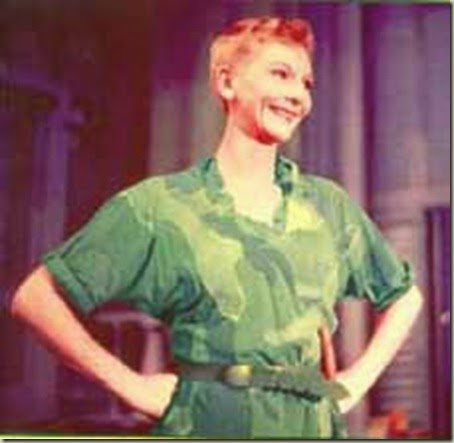 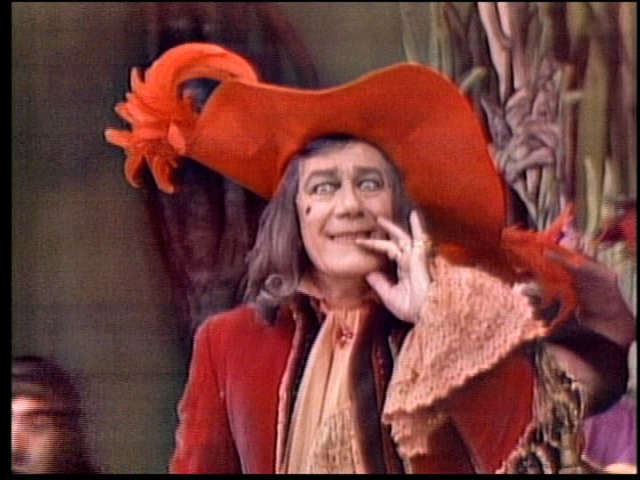 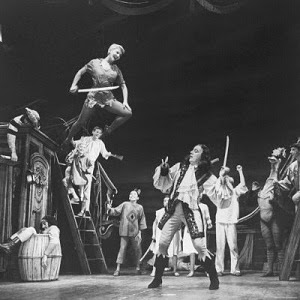 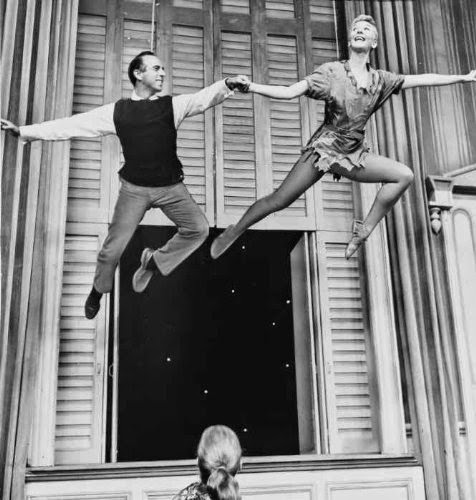 In 1979, the now legendary Sandy Duncan-George Rose revival took Broadway by storm.  It ran more than 3 times longer than the original. And Cathy Rigby has played The Boy Who Wouldn't Grow Up in four 1990's revivals of the show!  (And she's toured the hell out of it, too.) 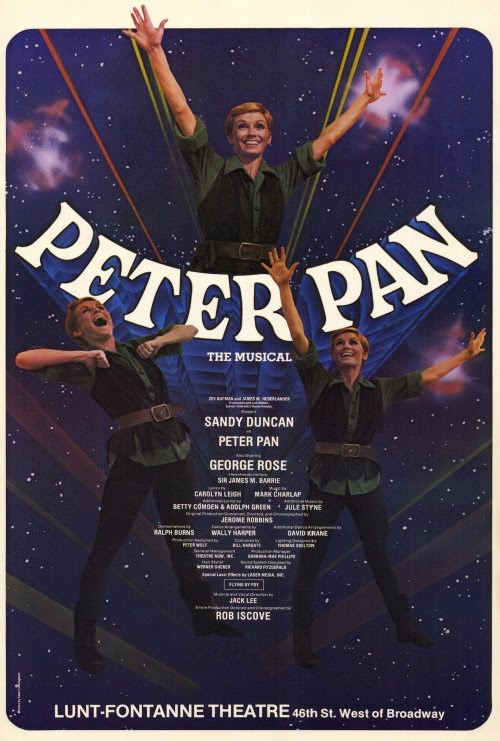 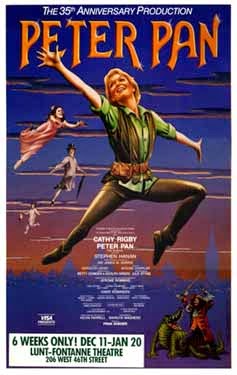 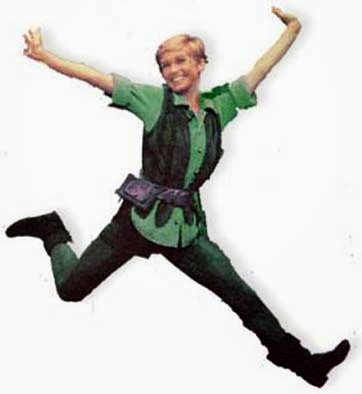 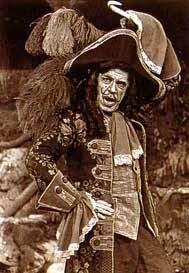 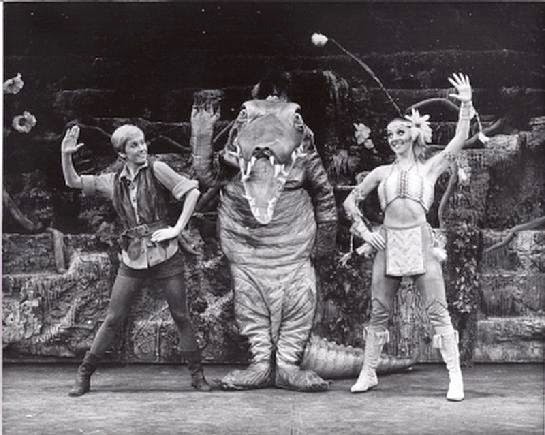 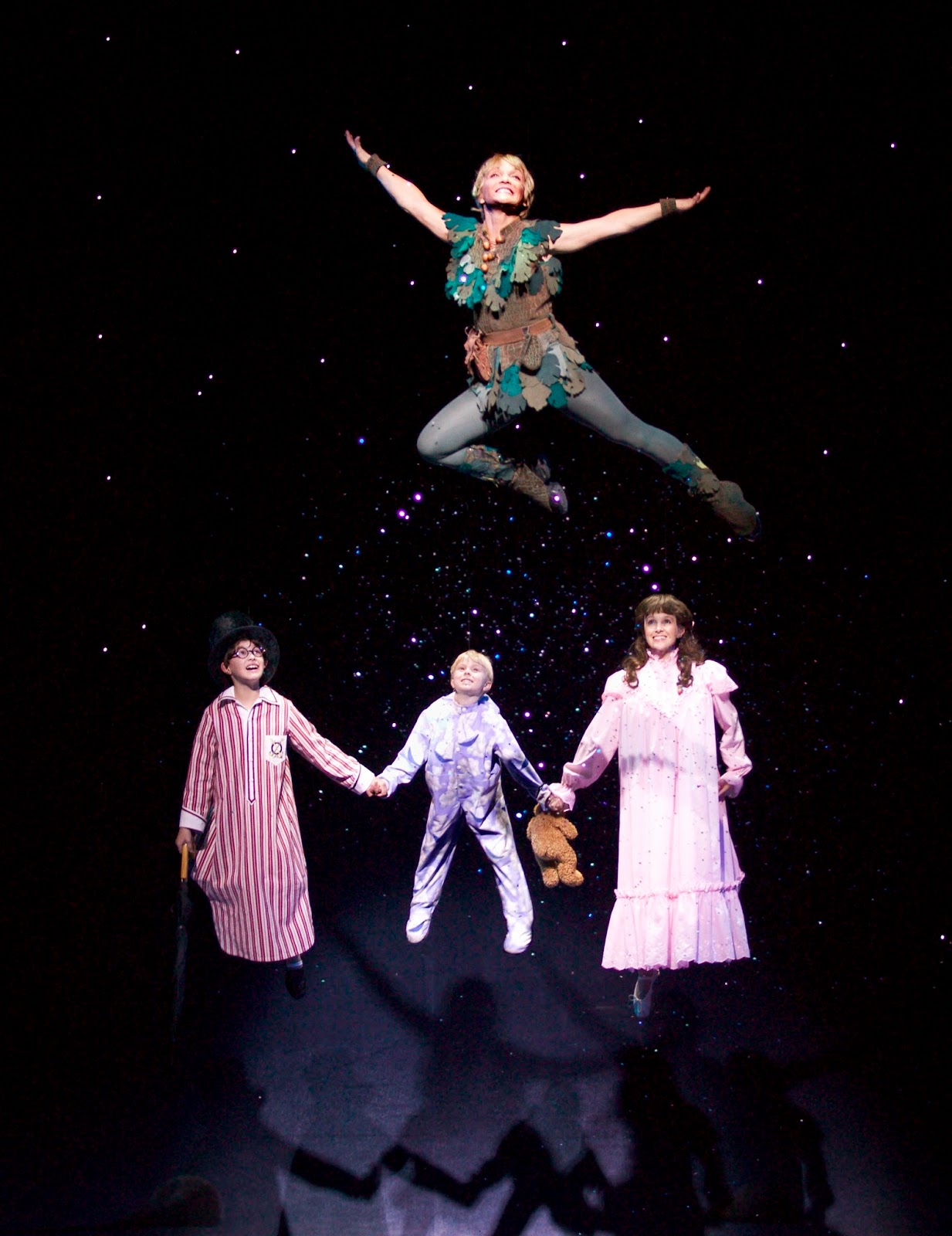 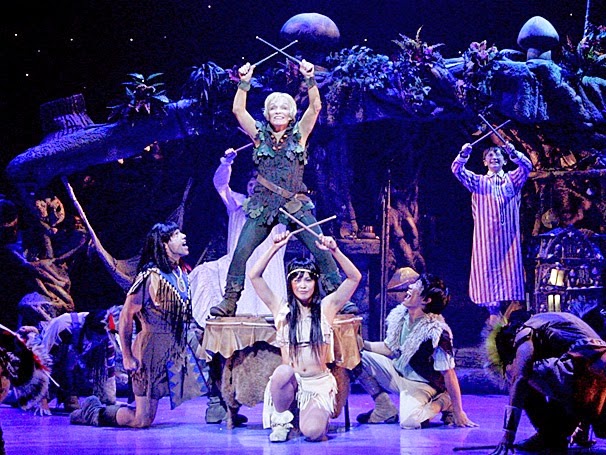 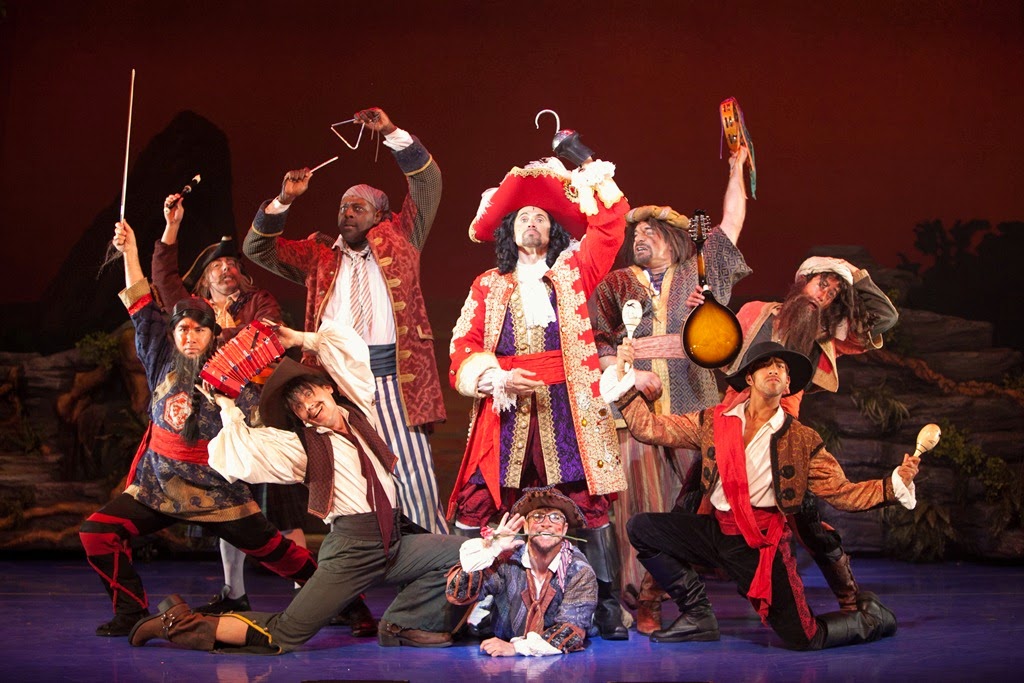 Peter, Wendy and the Lost Boys have also appeared on Broadway in Jerome Robbins' Broadway (with Tony-nominee Charlotte d'Amboise as Peter), and most recently in the award-winning play, Peter and the Starcatcher. I believe that Adam Chanler-Berat was the first boy to play the boy! 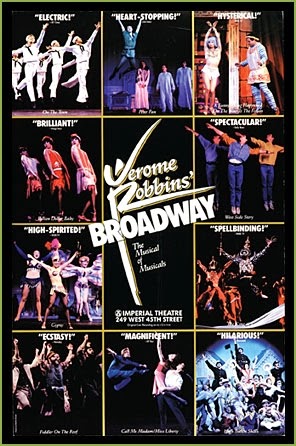 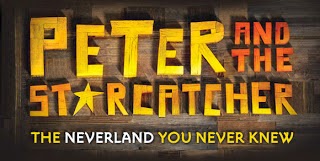 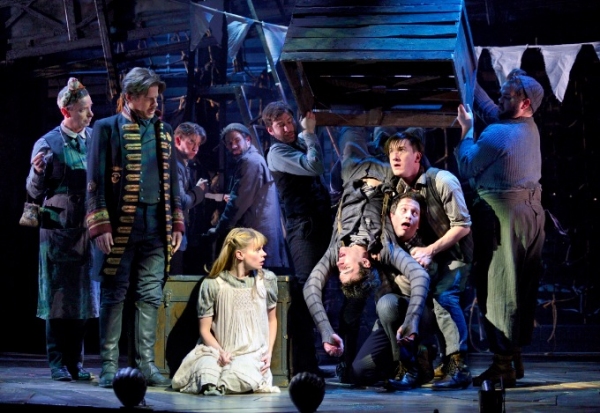 With all of the upcoming Pan-mania, can a revival of the musical or play be far behind?  That would be something to crow about! 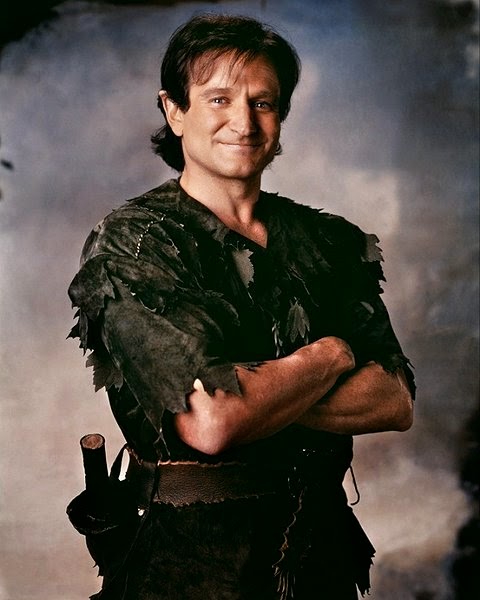 And finally, I join the world
in mourning one of its eternal boys,
the bangarang Pan, Robin Williams.
RIP