What a difference eight years can make in history.  When You Can't Take It With You opened on Broadway in 1938, the US was two decades out of the first World War, and when On the Town opened in 1944, the country was fully embroiled in the second.  Both times the country was in a weird mix of melancholy and epic patriotism.  And both shows sought to bring the public some relief from the former and capitalize on the latter.  On the Town closed as the country celebrated the end of the war. 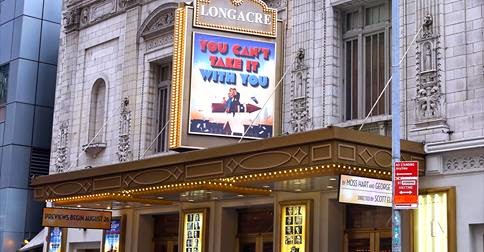 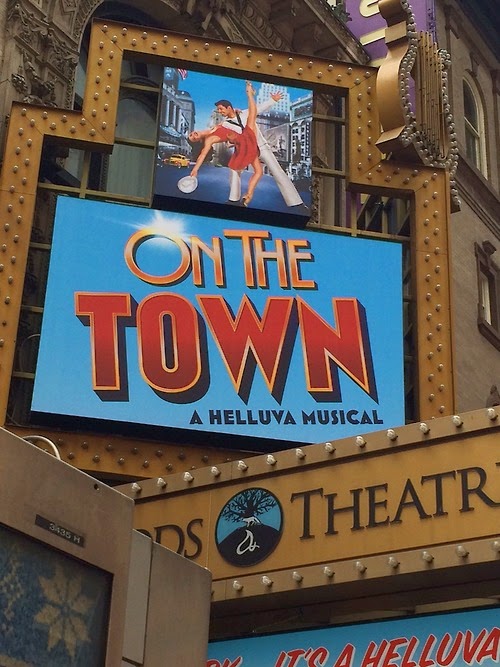 Now, the country seems to be in a constant state of anger and sadness, tempered by a movement toward inclusion and somewhat less self-indulgence (social media and personal devices notwithstanding).  And this season, both shows are poised for major revivals.  Both seem to be aiming for the same audience - at least the similarly colored and lettered designs of their logos.  Red, white and blue and as "American" as apple pie... 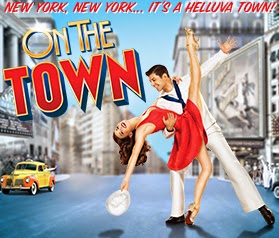 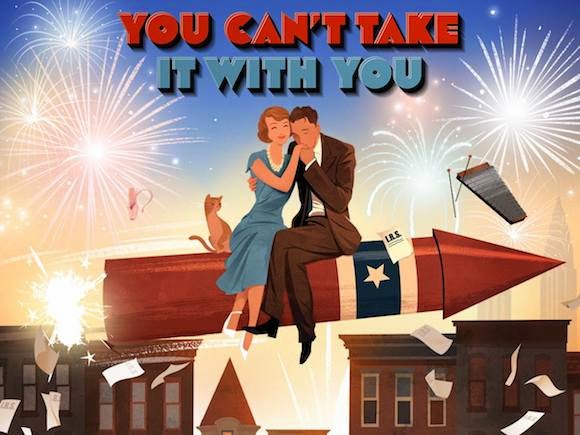 How's this for nostalgia:
Vintage New York brownstones,
a patriotic rocket and 4th of July fireworks!

How successful they will be remains to be seen, especially since patriotism is on the wane and we are all sick of the fighting.  Still, I think it is notable that these two classics are hitting the boards at the same time, and with similar ad campaigns.

Next week: a look at another mini trend that is shaping up this season.  I'll give you a hint: curiosity abounds!