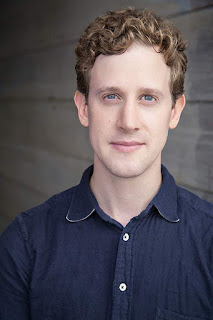 I am so thrilled to bring you this interview with long-time friend of this site, Alex Wyse. One of the great pleasures of the privilege of years of seeing New York theater is discovering an exciting talent and then watching it take off and blossom into an honest-to-goodness successful career. Such is the case with Alex, who first caught my eye off-Broadway in Lysistrata Jones. We've run into each other a couple of times over the intervening years (though i'm sure he doesn't remember!), and now it is wonderful to chat with him again. His talents have taken him far on Broadway, off-Broadway and regionally. He's been on TV many times - including a year on The Bold and the Beautiful - and is even part of the Marvel Universe!

Today, we talk about where we left off: his off-Broadway stint in Bare, his time as a Munchkin, Ted Danson, the soaps, and being in a Marvel show. PLUS: He answers some of your questions! Enjoy!

So much has happened since we last chatted! I can’t believe it’s been 7 and a half years!

My goodness, I can’t believe it’s been seven and a half years and I still haven’t succumbed to the horrors of show business. But truly, I am so glad to get a chance to chat with you again!

Last time, you were just getting ready to open in Bare. How was that experience? Did you ever get to go on as Peter?

Yes, back then I was just about to open Bare, and it ended up being such a special experience. I made great friends from that show (shout out to Michael Tacconi who plays Aaron in “Indoor Boys”), and mostly I was happy to be a part of something that people connected to. I did end up playing Peter a number of times! It was a big challenge, and big shoes to fill (shout out to Taylor Trensch, who continues to be one of the best actors I know), and I was thankful to have the opportunity to step into the story from multiple perspectives. Peter’s a great part. I’m only sad I didn’t get the chance to play Peter’s mom. 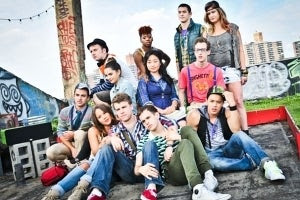 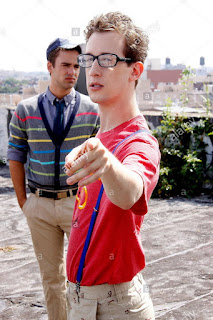 The cast of Bare (left); Alex and Michael Tacconi (right) 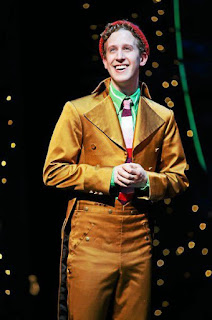 When you do new things, you seem to “go big or go home.” Your first First National Tour was with Wicked as Boq!

I’m glad it looks like I go big or go home. Currently I’m going home. Hoping to go big again soon. Yes, being a part of Wicked was great. I remain a huge fan of the show, which is no small feat after having been in it. So often, we must leave our fandom at the door in order to our jobs. But with Wicked, while I certainly lived the realities of it being a job, the show never lost its magic. Except for those no-fly shows. No just kidding. Those never happen. Is press reading this?

Okay, a favorite memory - waiting off-stage left to enter for “Loathing,” and getting to watch the end of “Wizard and I” every night. Sometimes Jennifer Dinoia (who played Elphaba at the time and remains one of the most brilliant actors I’ve ever seen do the role) would catch my eye and do a fun riff and I’d think… "Oh my God.. that riff was for me." Biggest challenge: tour can be lonely. So it’s good time to work on writing that play. 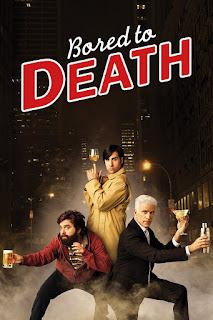 Switching for a moment to television… You’ve done some great guest work on several TV series - Modern Family, Masters of Sex. What is it like jumping into an existing show, then jumping right back out?

The biggest challenge of being a guest on a TV show is that you are literally a guest. You arrive in the middle of their process, they all have a longstanding rapport with each other, and you have to quickly assimilate and learn people’s names, learn how this particular set operates, and still deliver a performance with ease like you’ve been working with this cast and crew since day one. It’s like walking into someone else’s home and being expected to know where they keep the silverware. It can be rather scary. So it takes a lot of self-encouragement to get through those days.

What has been your favorite so far and why?

I’ve had so many different kinds of experiences, some good, some not so good. But one of my favorites was my very first: working on Bored to Death playing opposite Ted Danson. I was also in scenes with Zach Galifinakis, Jason Schwartzman, Isla Fisher, Jim Gaffigan - it was wild!! This was my very first television job, and Ted, especially, showed me a lot of the ropes and taught me how a set works. He was invested in getting to know me, he was so present for my scenes, and he helped to ease my nerves. I was very lucky to have that as my first TV experience. I hope I can work with him one day again to thank him for the huge impact he made on me. 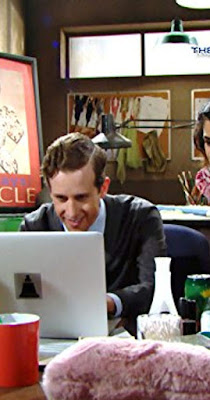 Then there was your stint on The Bold and the Beautiful. 66 episodes! Tell us about the soap opera process. Might you ever go back?

Bold and Beautiful! Can you believe I did a year on a soap opera? I never expected that to come into my life, but wow I am thrilled I got to do it. Some of the hardest working actors I’ve ever met. Can you imagine learning and filming thirty pages of dialogue a day? It’s insane! But that’s what happens on soaps, and it’s incredible to watch and be a part of. I loved how the filming process felt close to theater. On soap sets, you aren’t breaking up the scenes and slowly shooting different coverages and angles the way you would with a regular television show. This was more like doing a little play in a storefront set. We’d block it, rehearse it, quickly shove our script pages into drawers, film the scene two or three times with three cameras filming all at once, and then we’d move onto the next scene as fast as we could. It was a very exciting time. And if they ever asked me back, I’d hop on the first flight to LA. 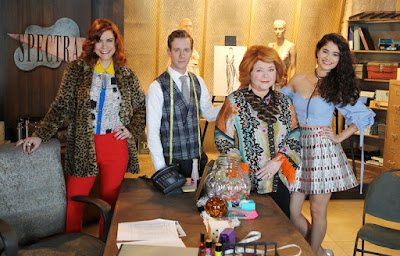 With a stint on Marvel’s Iron Fist, you are part of the MCU! That is so cool! For anyone who hasn’t seen it, what can you tell us about how your character fits in the story? Anything unique about that experience? 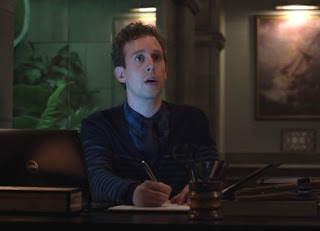 I have a knack for playing assistants, it seems, and this time I got to be the brilliant David Wenham’s assistant in the show. Here’s what’s important: He played the villain, and I wore GREAT clothes. What was unique about that experience was my final episode. I don’t want to spoil anything in case any reader wants to watch it, but… ice cream was never the same after that.


5 Quick Questions from Our Readers

Dream Broadway role?
I hope I get to do a play on Broadway. I love musicals, but I’m an actor first, and I want to show the world!

What book(s) are you currently reading & recommending?
I just read Two Boys Kissing by David Levithan. It’s a Young Adult novel that was heartbreakingly beautiful.

If you weren’t an actor, what career would you like to try?
Film editor!!

Current show, on- or off-Broadway, you’d love to be in?
Harry Potter and the Cursed Child

Next week: Part II: Alex talks about being a Broadway producer, Spring Awakening, his stint in Waitress, and his award-winning web-series Indoor Boys.