Yesterday's 58th anniversary of Noel Coward's musical, Sail Away got me to thinking about all the boats I've seen on Broadway. It is amazing how many I've seen, really. Now, that's stage magic. Since this is a Friday 5, I'm limited, but I could do at least 10! Anyway, here are 5 times a boat was on stage that impressed me. Sometimes, the boat was more impressive than the show itself! 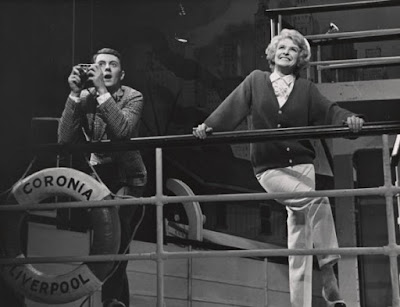 The Friday 5:
5 Boats on Broadway 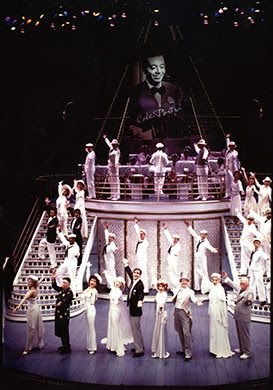 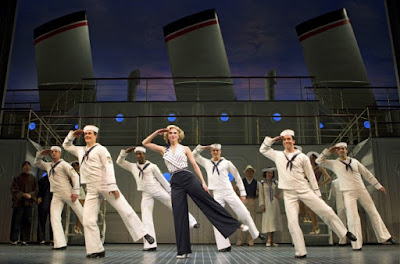 1. Anything Goes (Revivals: 1987 & 2011)
I loved the 87 revival in all its art deco glory. The S.S. American was as smart and sassy as that cast and production. Didn't much care for the 2011 version - way too literal (not a good thing in this morally dicey and aging show) - but the sheer size of the boat was impressive. 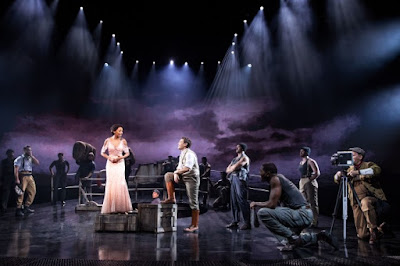 2. King Kong (2018)
I have to admit the picture above doesn't do it justice. But when that ship materialized out of nowhere, and the projections made me queasy, I knew I was seeing something spectacular. The only thing more so was that cute monkey puppet. 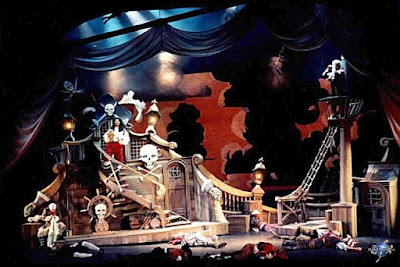 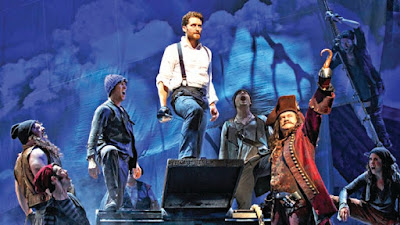 3. Peter Pan/Finding Neverland (2015)
Peter Pan is my thing. And both iterations of the tale feature scenes on Captain Hook's pirate ship. Yo ho! I love it every time! 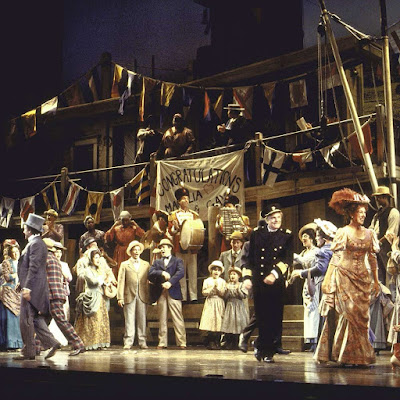 4. Show Boat (1994)
Looks like this epic classic has a long history of nautical opulence - just look at the pictures above.The Hal Prince 1994 revival was jaw-dropping from the first note of the overture to the last trills of the exit music. The spontaneous applause when the call, "The show boat's a-comin'!" was heard and the bow of the ship slid into view is something I'll never forget. 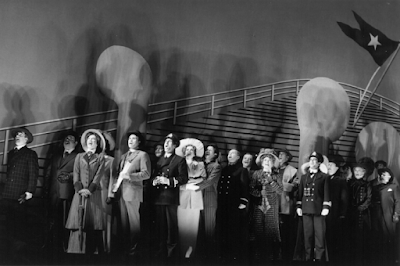 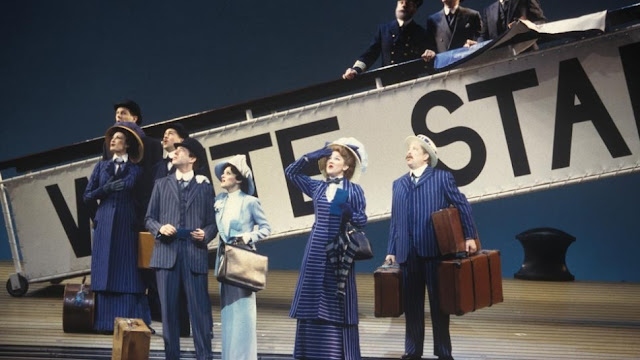 5. Titanic (1997)
A lot of people didn't like the rendering of the greatest ship that ever sailed. It asked so much of the audience's imagination. But damn if the hair didn't go up on my arms when three full decks appeared at once and sank! Then there was the coup de theatre when the stage became the star-filled sky over the expanse of Atlantic Ocean as a miniature Titanic sailed silently across the stage and to its inevitable doom. I loved every single minute of that voyage.