Over the past year, we've been in search of the very best in Broadway musical logos, going back 40 years. Now let's jump aboard the Broadway Time Machine and go waaay back to the 1970s and start a new tournament, looking for the very best logo of the decade of love! The 70s on Broadway were a mix of everything from traditional Broadway fare (Annie, Applause), to nostalgia pieces (Grease, Beatlemania), to psychedelic shows (Dude, Via Galactica).As usual, there were big hits and even bigger flops. It was the decade that gave us Bob Fosse and Stephen Sondheim in their prime, movie stars on stage - Katharine Hepburn, Lauren Bacall were but two, and a new guy named Andrew Lloyd Webber.
But how were the show logos? That's up to you to decide. We've created a bracket of 64 Broadway show logos from the decade. The Tony winners and hits and flops have been evenly distributed over four 16 "team" regions. Your votes have previously pared down the 64 logos to The Final 4! And now... The Championship!!!
WHAT WAS THE BEST BROADWAY MUSICAL LOGO OF THE 1970s? 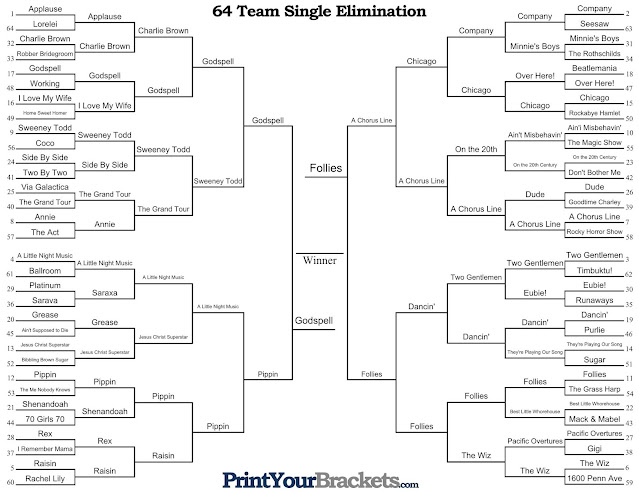 #2580
1970s Broadway Musical Logo Madness!
THE CHAMPIONSHIP!
HOW IT WILL WORK:
Here we go again! May the best logo win! BE SURE TO CHECK OUT THE FULL LOGOS BEFORE YOU VOTE! THE ACTUAL BALLOT IS BELOW THE FULL-SIZE LOGOS/WINDOW CARDS!
THE FINALISTS: 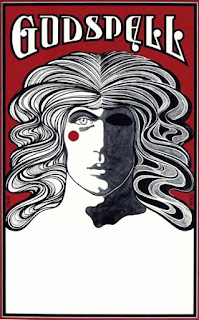 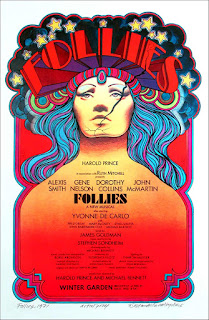