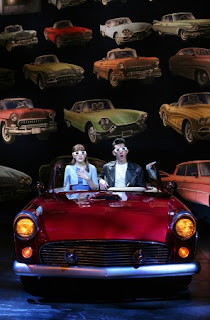 Over the years, I've had the opportunity to a lot of really awe-inspiring set pieces. The 80s alone were a treasure trove - flying chandeliers, helicopters and a giant levitating tire, to name but three. But it always delights me when a car or truck appears onstage. I mean, my first thought is always, "How did they get that up there?" Of course, usually it is more a facsimile of a vehicle than the real thing, but pretty cool nonetheless.
Favorite Broadway Designs:
Onstage Cars
One of my favorite cars to appear onstage makes a very dramatic entrance. The music swells, and out it rolls carrying three of the show's main characters. The car itself is dramatic - an old relic and emblem of wealth long past. I'm talking, of course, about Norma Desmond's limousine, carrying her to Paramount Studios and her glorious (and tragic) "return."
Sunset Boulevard
(Production Design by John Napier) 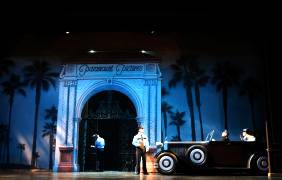 More well known for its other major form of onstage transport, this show does have a car in it that makes quite an impression. It is a vintage Cadillac, symbolizing the materialistic wealth associated with The American Dream. As it moves downstage toward the audience, carrying a faux Miss America, The "Engineer" begins to hump the hood, letting everyone in the room know just how he feels about America.
Miss Saigon
(1991: Scenic Design by John Napier) 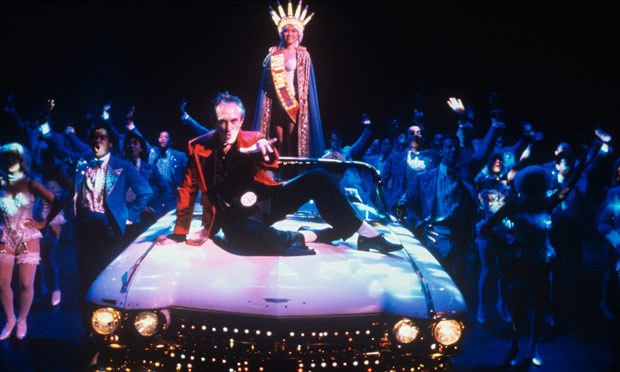 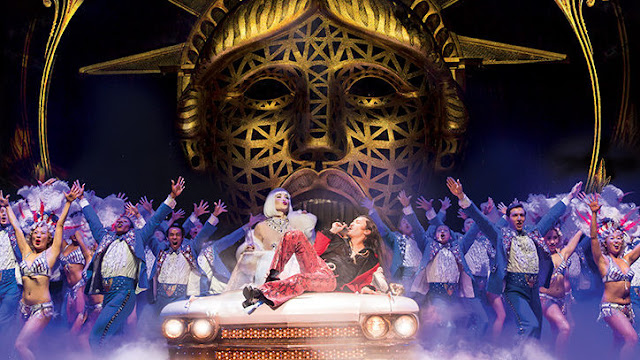 This next vehicle plays so much a part in this musical, that it is in the title, and is definitely a character in the show. The other characters just can't keep their hands off of it!
Hands on a Hardbody
(Scenic Design by Christine Jones) 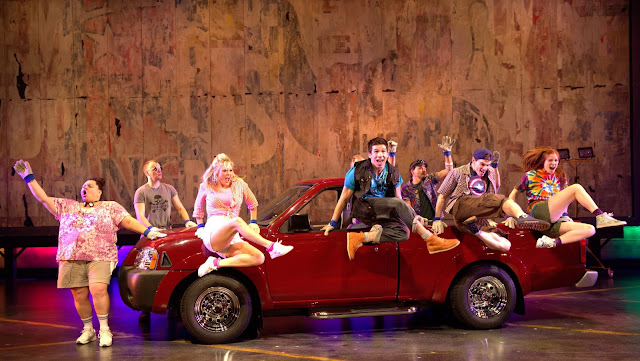 Finally, this may be the most famous Broadway car of them all. It starts out as a hunk of junk, but over the course of the school year, the guys fix it up real nice and name it "Greased Lightning." Go, Greased Lightning!
Grease
(1972: Scenic Design by Douglas W. Schmidt) 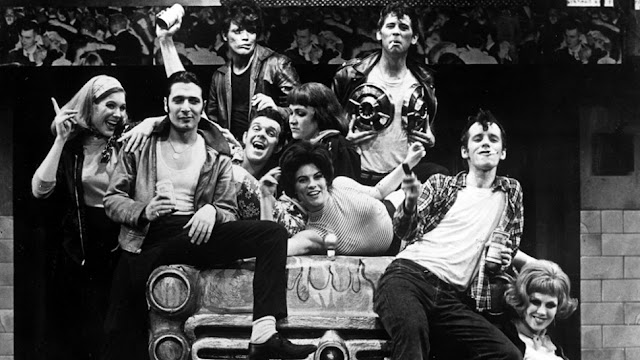 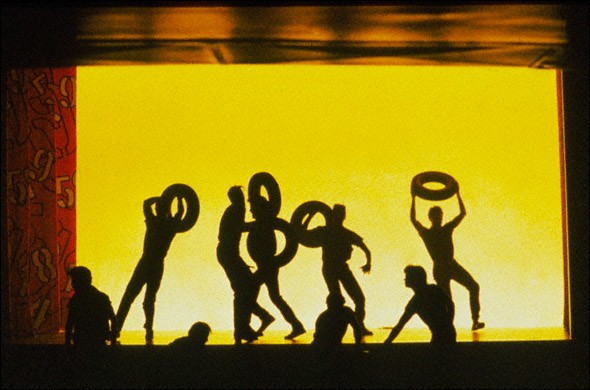 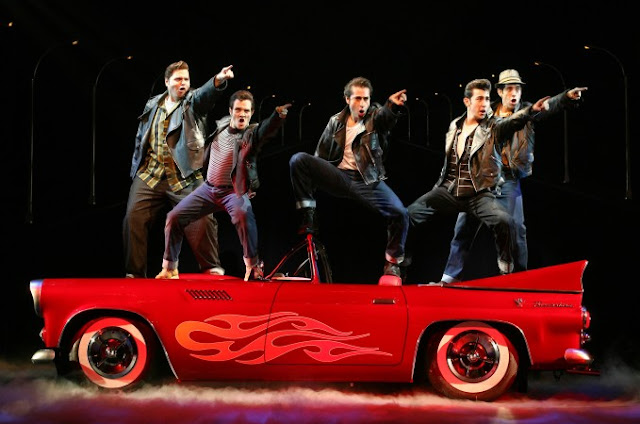