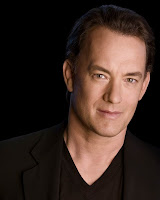 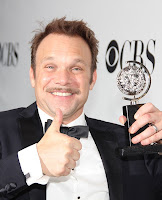 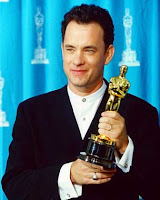 Norbert Leo Butz and Tom Hanks:
Broadway and Hollywood favorites and award-winning actors
Two of Tom Hanks's films have been made into musicals - three if you count You've Got Mail which is based on the same source as the musical She Loves Me.  The two direct film to Broadway creations are, of course, Big and Catch Me If You Can.  Recently, I had the pleasure of returning to the latter show and taking in Norbert Leo Butz's fabulous Tony-winning performance, and it got me to thinking about Mr. Hanks. 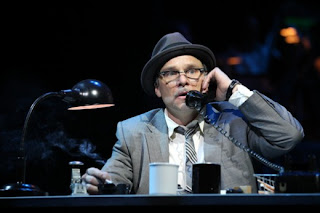 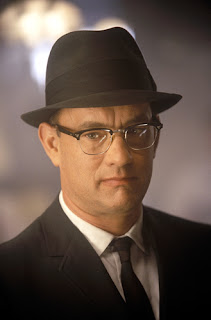 Catch Me If You Can's Carl Hanratty(s)
So the parallels between the two range from literal to the more emotional.  Literally, they share the same Catch Me role, Carl Hanratty, but because Butz seems to exude that same charm and charisma, no matter the role, that Hanks does on screen. 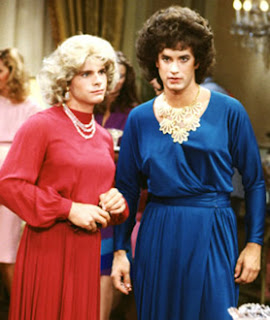 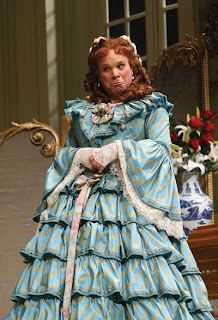 "Ladies Men": Bosom Buddies and Is He Dead? 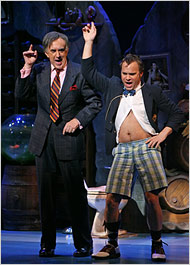 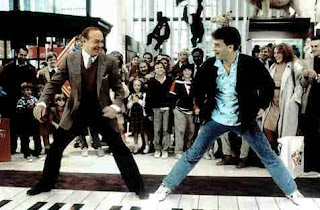 Men will be boys: Dirty Rotten Scoundrels and Big
Both shared a certain flare for dressing and passing as the fairer sex: Tom Hanks in his TV series, Bosom Buddies, Norbert Leo Butz in Is He Dead?  The affable boyish abandon Hanks showed in Big is much like the impish glee Butz exhibited in his other Tony-winning role in Dirty Rotten Scoundrels.

Both men do comedy and serious roles; their everyman qualities make both completely relatable to audiences.  Their intensity makes them believable as the good guy fighting for right and as the crooked schemer.  Just look at Hanks' Philadelphia or even The Bonfire of the Vanities and Butz' Enron, Speed-the-Plow or his Tony-nominated turn in Thou Shalt Not (and again as the scheming con man in  Dirty Rotten Scoundrels).

Enron and Dirty Rotten Scoundrels
Both guys have that heady mix of "aw shucks" friendliness, killer smiles and maddening confidence that make them entirely believable as the guy the gals fall in love with so easily - Tom with Meg Ryan or Julia Roberts; Norbert with Idina Menzel in Wicked or the babes in, you guessed it, Dirty Rotten Scoundrels. (Not to mention their Broadway babe wives, Rita Wilson and Michelle Federer!) 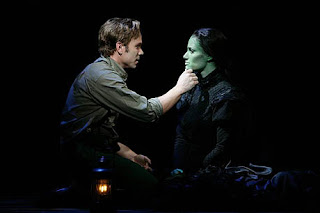 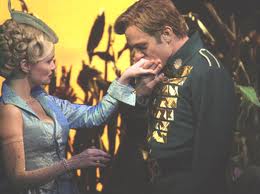 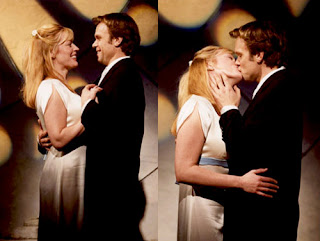 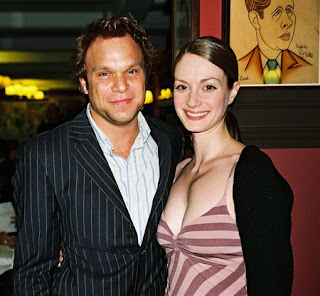 Norbert gets the girl: Wicked and The Last 5 Years
and his wife, Michelle 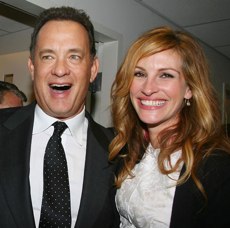 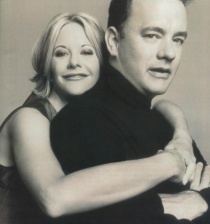 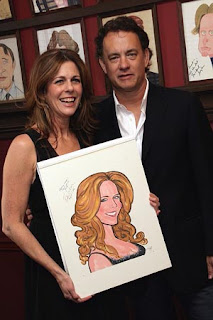 Tom gets the girl, too: Julia Roberts (Charlie Wilson's War, Larry Crowne)
and Meg Ryan (You've Got Mail, Sleepless in Seattle)
And let's face it, no one else on Broadway today could pull off Cast Away: The Musical like Norbert Leo Butz! 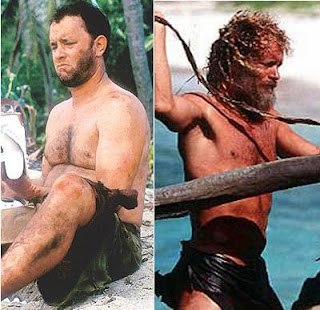 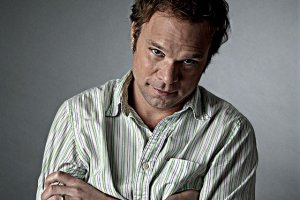 Labels: Catch Me If You Can, Dirty Rotten Scoundrels, Norbert Leo Butz