In addition to the competitive Tony Awards, each year several Tony honors are given that require sustained excellence, but are non-competitive.  Two of these awards at the Special Tony Award for Lifetime Achievement in the Theatre and the Regional Theatre Tony Award.  The title makes them pretty much self-explanatory, I think. 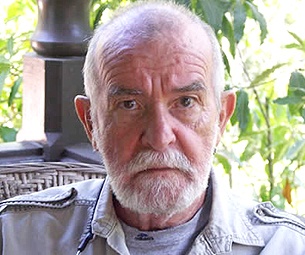 Mr. Fugard is a world renowned playwright, novelist, actor and director from South Africa.  He grew up during the time of apartheid, and witnessed the horrifying injustices perpetuated by a government that made racism legal.  Most of his works attack that way of life while celebrating the triumph of the human spirit.

His first large scale success was with his play Blood Knot in which he also acted, playing the white brother to African actor Zakes Mokae as the black brother.  Not only did it stir up controversy in the segregated country, but it went on to become an international hit.  It opened off-Broadway in 1964.  His other plays include MASTER Harold...and the Boys and Sizwe Banzai is Dead, both of which played on Broadway.  Other important works include: My Children!  My Africa! and The Road to Mecca. 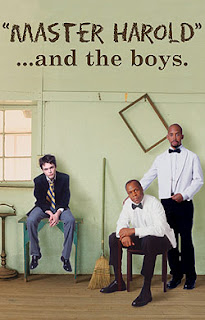 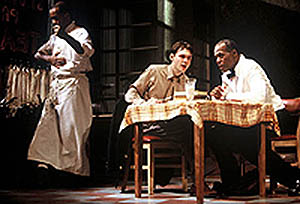 He currently resides in California, where he teaches playwriting, acting and directing at UCSD (San Diego).  With a career that spans nearly 60 years, 30 + plays, novels, films made of his works, it is easy to see why he would be given such an honor.  But to have done most of it under the duress of a government looking to make an example of him and others like him, and to have survived and been a voice of the sweeping changes in his native land, THAT is the achievement. 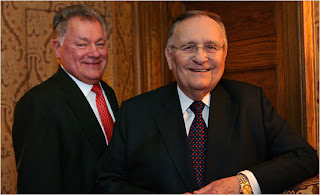 Shubert Leaders: President Robert E. Wankle and
Chairman and Tony Winner Philip J. Smith
Mr. Smith is the current Chairman of the Shubert Organization, a post he has held since 2008 and the passing of Gerald Schoenfeld.  Under his care are 17 Broadway houses, the Little Shubert off-Broadway, and theatres in Washington DC, Philadelphia and Boston,  as well as Telecharge and Telecharge.com.  The organization also participates in several groups that promote American Theatre, the revitalization of the Times Square Theatre District, and several educational programs.  The Shubert Organization also does quite a bit of producing of the shows that play its theatres. 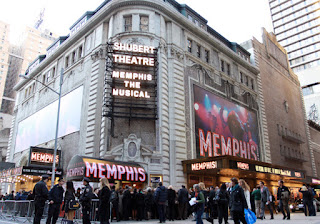 The Shubert Theatre
Flagship of the Organization
He served as the organization's President for more than a dozen years under Gerald Schoenfeld, and, at 77 was named to succeed the late Chairman.  He is widely considered to be one of the most powerful men on Broadway. 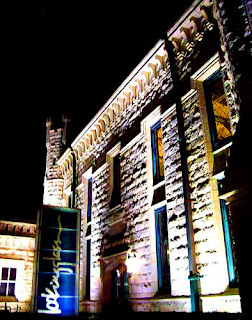 A fixture in the Chicago theatre scene since 1988, the Lookingglass Theatre Company was formed by a group of college students dedicated to creating a space that celebrated the process of theatre, not just the end product.  They operate as an ensemble theatre company, with the same actors sharing the same vision to help create exciting new productions in a nurturing environment.  Over the years, they have presented more than 50 world premiers and have been awarded 42 Jefferson Awards and citations.

Their other primary goal is to reach the diverse population of the greater Chicago area through outreach and education.  As a result, they are everywhere and a recognizable force in all of Chicagoland's great neighborhoods.  They seek to reach as diverse a population as possible with their equally diverse ensemble.  That ensemble is trained in a variety of techniques that encompass acting, movement, dance, music and even circus act performance.  Just like Alice in Through the Lookingglass, after which they are named, they continue to discover a bright, fanciful, sky's-the-limit world. 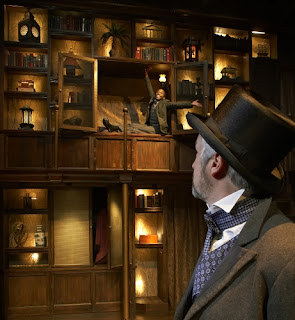 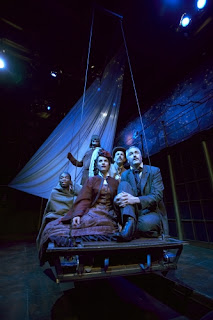 From their production of
Around the World in 80 Days
To find out more about this innovative company, please visit http://www.lookingglasstheatre.org/. (Note the spelling!)


Comments? Leave one here, email me at jkstheatrescene@yahoo.com or Tweet me!
Jeff
2.283