We are at the point in the awards season where all of the nominations have been announced and the predictions and Monday morning quarterbacking are in full swing.  But some of the nicest awards have been announced already: the Lifetime Achievement Awards.  Several awards committees have made their selections for these esteemed honors, and I feel very lucky to have had the pleasure of seeing the work of all three of them. 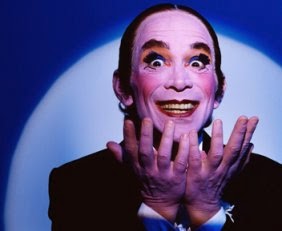 I'm guessing that many of you "youngins" probably had your first exposure to this charismatic little man as The Wizard in Wicked, wondering why the grown-ups clapped when he first appeared.  And then maybe you clapped yourself when he showed up in Anything Goes, because you knew him from Wicked!  Of course, I wasn't even alive myself when he started his Broadway career.  But I grew up listening to him on the OBCRs of George M! and his biggest success, Cabaret. It was in the 1987 revival of that show that I had my first opportunity to witness his brilliance in person, as the creepy, clown faced Emcee.  30 seconds into "Wilkommen," and I knew instantly what all the fuss was about.  A few years later, at the Lyric Opera House in Baltimore, I was witness to the final performance he ever played in that role.  News cameras were there to capture the event.  I bet there'll be cameras there when he deservedly accepts this latest accolade. 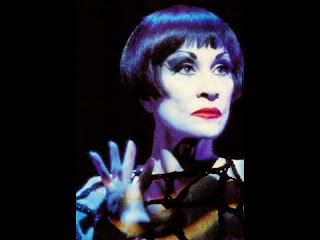 It's her world, and we just live in it, they say these days.  The truth is, the theater world has been hers for decades.  I've had the pleasure of seeing her many times over the years - the first time when she headlined a national tour of Can-Can.  I loved her in The Mystery of Edwin Drood, where she even made an opium den seem classy, and I get tingly just thinking about her current star-turn in The Visit (she also kicked ass as she's bound to do in the Signature Theatre version!).  But my favorite Chita experience has to be her Tony-winning performance as Aurora in Kiss of the Spider Woman.  I saw her more than half a dozen times between Broadway and the national tour, reveling in her dazzling dance moves in "Where You Are," and sitting mouth agape every time she launched into the title tune.  It's been a great ride - so far.  I bet this won't be her last visit. 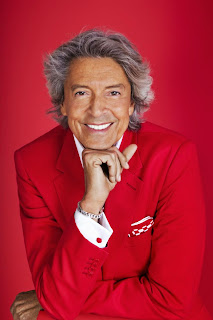 I was just a little boy when Tommy Tune was at his peak as a Broadway performer, though I did eventually get to see him sing and dance in the very excellent national tour of Bye Bye Birdie with Ann Reinking.  I also had the rare opportunity to see him in Busker Alley, a show that could have been a very interesting Neew York return for him as a performer.  What a dancer!  And sooo tall!  But I was at my theater-loving peak when Tune was at his directing/choreographing peak, with the back-to-back triumphs of Grand Hotel and The Will Rogers Follies.  The former was an astounding combination of style and concept, and a non-stop whirl of elegance, mystery and superb dancing.  The latter a tribute to the opulence of a Broadway era long gone.To this day, my mind wanders to the memory of the haunting bolero between love and death, and the show-stopping "We'll Take a Glass" in Grand Hotel, and the gigantic opening number (and still the gold standard for such numbers IMHO) "Will-a-mania" from The Will Rogers Follies.  He hasn't really been back much since the mega flop The Best Little Whorehouse Goes Public.  I managed to even see it, and it had its charms - leggy dancers singing phone sex in giant clear plastic cubes - and its funny moments - Dee Hoty taking her curtain call on a white horse, who, in inspired synchronized choreography, took a huge dump at the exact second Hoty tipped her hat to the audience. (See? Gigi isn't her most embarrassing moment by far...) But, if anyone is prime for a comeback, it is the great Tommy Tune.  Even his staging of flops is better than a lot of things we sit through these days.

Congratulations, all!  Thank you for a lifetime of memories.