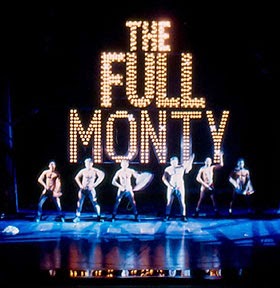 There are a lot of similarities between the 2000 - 2001 Broadway season and the one just ended.  There are similar performers and creative types aplenty.  And it's fun to look back at where some of my favorites were in their careers 15 years ago, as well as seeing where some of today's stars got their start.

The first musical I'll look at was my personal favorite of the season, The Full Monty.  I still maintain that, despite the record-breaking number of Tonys The Producers won, history will show that the superior show was, in fact, Monty.

Stars at the time:


Next week: A look back at A Class Act and Jane Eyre.