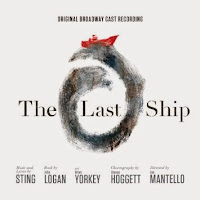 The Last Ship was one of my favorite shows of the season just past.  As I mentioned in my review (HERE), I did not go into it thinking I'd like it, let alone love it after seeing the totally boring PBS special.  Seeing it with the full story and an amazing cast certainly contributed.  Maybe what those songs really needed was a little more love from Sting and gorgeous orchestrations (and arrangements and musical direction) by Rob Mathes.  I think it's a safe bet since they are both 2015 Tony Award nominees in a relatively strong season for scores (if not complete musicals).  Fortunately, we have the equally amazing cast recording that preserved that beautiful sound and wonderful set of performances. The score features pop styling, pub songs and lots of maritime sounds.  It's full of emotional character songs, power ballads, and rousing group numbers.  All these months later, I still listen to it regularly. 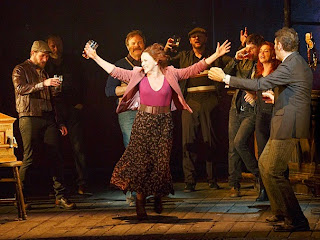 My favorite songs (the ones you should buy if you don't get the whole thing): 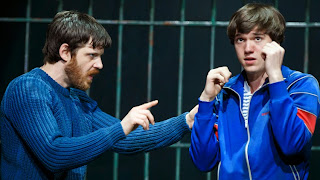 Actually, the entire score is catchy and haunting.  If you don't have it already, I heartily recommend purchasing it. The whole thing.