For me, the biggest surprise of the Pretty Woman: The Musical Original Cast Recording is that I liked it better than the show itself. This, of course, leads me to believe that I'll enjoy the show even more now that I know the music better. For fans of the film, the cast recording features enough of the famous lines from the film to help connect the dots as to where/how the songs would fit in the property they love so much. Full disclosure: I am a fan of the film. I can probably do some of the scenes by memory. When I saw the show, I had to suppress the urge to talk along with the cast. Now I can do that happily in the privacy of my own home. 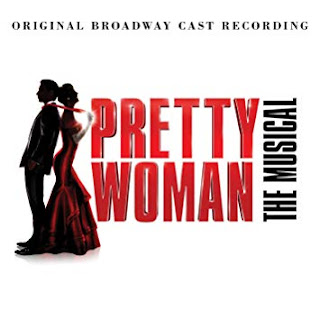 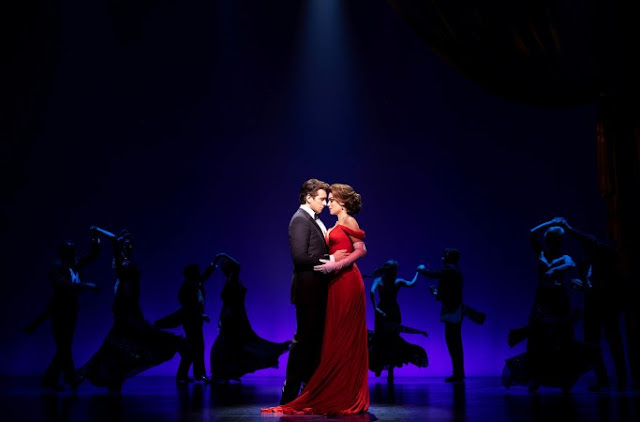 That Bryan Adams and Jim Vallance will join the ranks of pop artists writing quality Broadway scores (Cyndi Lauper, Sting, Sara Bareilles) remains to be seen. While they have made songs that fit the narrative, and in many cases either reveal character or advance the plot, they seem to be sticking a little too close to their comfortable pop song wheelhouse.  But the score they did create is nothing to be ashamed of, either. Its heart-on-its-sleeve lyric simplicity perfectly matches the book and beloved film upon which it is based. Helped greatly by a uniformly powerhouse cast, it is a lot of fun and very easy on the ears. I'll be adding this to my I-need-to-relax-and-feel-happy playlist of Broadway scores.

Here are the numbers that stand out for me:

1. "Welcome to Hollywood" - Right out of the gate, the opening number sits us right in the middle of the action, setting up the plot quickly, and setting the scene of the seedy side of Hollywood easily. How can you not love singing hookers, pimps and tourists? It also sets Eric Anderson's Happy Man character up as narrator/moral compass. And it is catchy as hell! 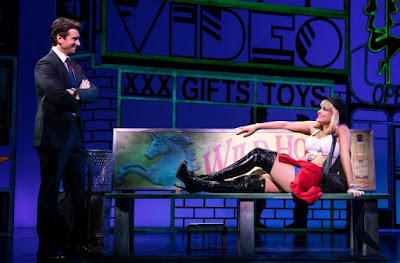 2. "Anywhere But Here" - In her Broadway debut, Samantha Barks makes Vivian her own. And this beautiful belt-fest of an "I Want" song proves she was worth the wait. My new "belt in the shower" go-to.

3. "Something About Her" and "You're Beautiful" - Okay, so the titles (and most of the lyrics) are a bit too on the nose, but Andy Karl's delivery of both is so smooth and unassuming, it is amazing. On stage, Richard may get a little lost among all the bright and loud characters, but Karl brings his suave, low-key sexiness to the role and shines. He's the perfect foil for Ms. Barks. 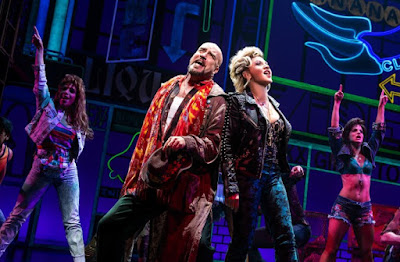 5. "Never Give Up On a Dream" - Orfeh and Eric Anderson. Together. Probably the biggest and best departure from the film is giving us more to the characters of Kit and Happy Man. A great number on stage, it's just as good on the recording. 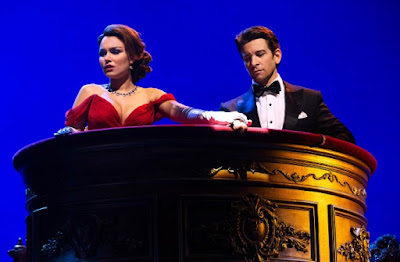 6. "You and I" - The opera house scene. It is lovely, allows Barks and Karl to ooze charisma and chemistry through your ear buds. And you get to hear Allison Blackwell's glorious voice.

No matter the format, this will make a nice addition to your cast recording collection.