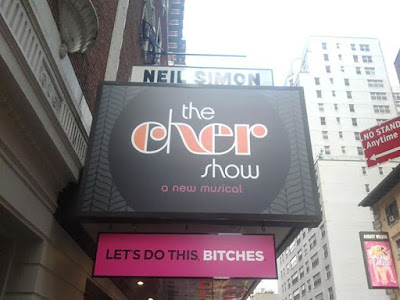 Like the lady who is the subject of the latest bio-musical to hit the stage, the logo for The Cher Show is classy, multi-faceted, colorful and iconic. And like any great Broadway logo, it is eye-catching and reveals a lot about the show it is trying to sell. Plus, it has a great tagline.

In short, this logo is A+ stuff!


As far as the color goes, this is pretty perfect. An even black background really makes the other colors used stand out with a sharp clarity. By using white sparingly, it makes the title also stand out, which is key to advertising. 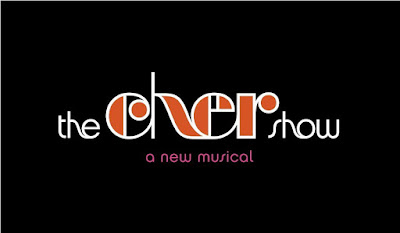 Then there's the font - so seventies I feel like doing macrame and turning on my lava lamp - so perfect for Cher. After all, her TV show aired then.

And that tagline. What can I say? Can't you just hear her saying it? It not only sounds like her, it's a funny way to say, "come in...buy tickets...see my show." I'll leave it to you to determine how effective the creative, show-related use of "bitches" is. 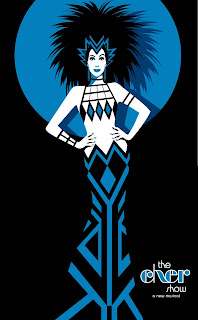 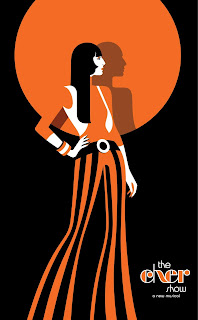 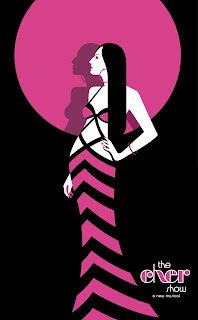 The Babe and The Lady

The logo-related images hit all the right notes, too. Even though her career is still going strong, it is really easy to nail down three iconic periods in Cher's life as a performer.  They chose wisely. 60's - 70's Sonny and Cher era (aka "The Babe"), 70's - 80's solo Cher (aka "The Lady"), and 80's - 90's movie star/pop queen Cher (aka "The Star") are easily recognized by the outfits each figure is pictured in. Bob Mackie designs, all, and a great set up for the costume parade you'll see during the show. I mean who doesn't recognize her Oscars gown and headdress?

Again the colors are great, the orange, blue and fuchsia not only stand out against the black, they look great together. They catch your eye and make you look closer. Looking closer = time spent noticing the show = better chance at ticket sales. (So far, judging from weekly grosses, it seems to be working.) 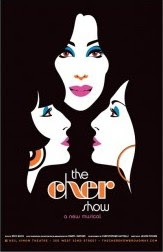 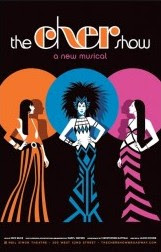 Frankly, I'm surprised there aren't separate window cards for each Cher. I wouldn't know which to choose. Thankfully, there is one with all three. Now, I'll have to choose between that great poster and the equally awesome "3 Faces of Cher" version. Who are we kidding? Both!

Still, part of me will miss the chance to buy just the orange one. Then I could look at it and say, "I got you, Babe!" Ba-dum-dum.