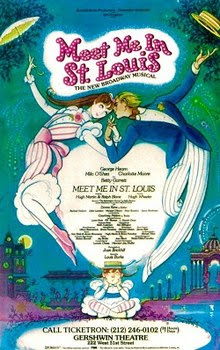 The look and scale of Meet Me in St. Louis was emblematic of shows in the late 80's/early 90's. Everything about it was huge - the sets (including a gigantic, multi-floor, rotating Victorian house, an ice rink and a to-scale trolley), the costumes (turn of the last century garb for each of the seasons) and a huge cast (43), featuring stars of yesterday, today, and (they hoped) tomorrow. And still it fell mostly flat. Maybe recreating a beloved movie musical that starred beloved movie musical stars wasn't that great an idea.

My reasons for seeing the show were 3-fold. First, I wanted to see all of the Tony nominees for Best Musical before the Tonys. Second, I wanted to see George Hearn again, and the great Betty Garret, too. Plus, I didn't want to miss the much talked about young cover boy making his Broadway debut - Jason Workman, Theater World Award-winner. The other two new "names" touted as "the next big thing," Donna Kane (in the Judy Garland role) and little Courtney Peldon (in the Margaret O'Brien role). Neither went further on Broadway, though Kane played Fantine at some point. And third, there was some minor scandal surrounding the producers - a South African company headed by the show's director, Louis Burke and choreographer, Joan Brickhill. It was the innocent 80's - who didn't love a scandal?

Was the show good? Not really. It was beautiful to look at, and the highlights were just what you'd think they'd be: "The Trolley Song" and "Have Yourself a Merry Little Christmas." 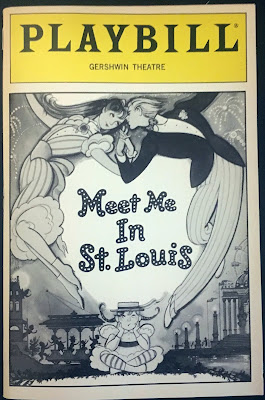 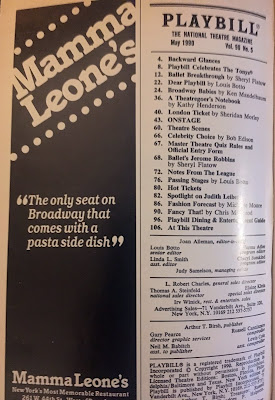 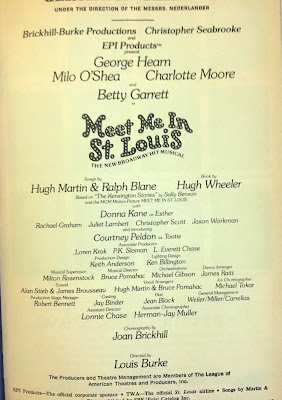 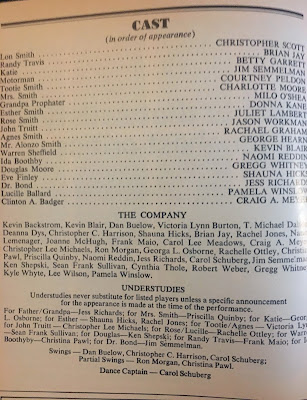 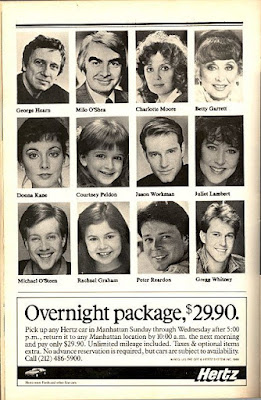 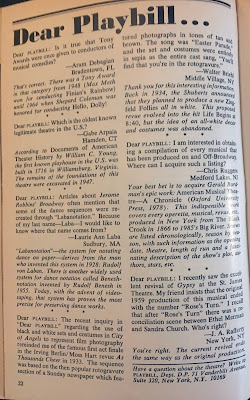 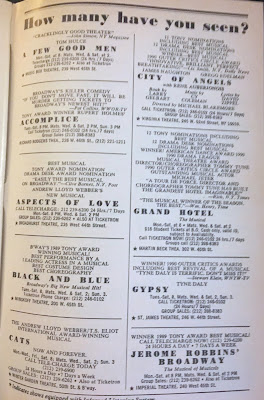 Check out "Dear Playbill"! It's educational! Did you know what "labanotations" are? 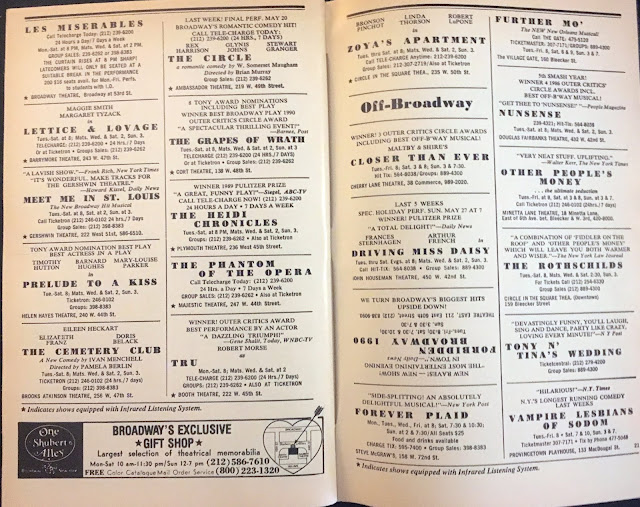 Though the shows were of uneven quality (many would close soon after this - including Meet Me in St. Louis - in the annual post-Tonys purge), there were plenty of opportunities to see some master Thespians. Among them: Tom Hulce, Gregg Edelman, James Naughton, Timothy Hutton, Barnard Hughes, Mary Louis Parker, Robert Morse, Eileen Heckart, Maggie Smith, Rex Harrison, Glynis Johns, Stewart Granger and Robert Morse.

Off-Broadway, on the other hand, was full of long-running hits: Driving Miss Daisy, Closer Than Ever, and Nunsense were personal favorites. 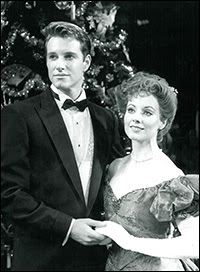 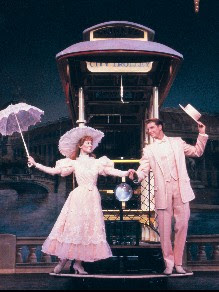 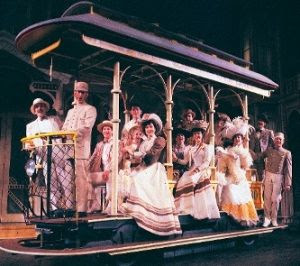