MUSICAL OF THE MONTH: Applause

New year, new feature! Starting this month, we will feature a Broadway Show of the Month, with weekly installments covering such things as the plot, its origins, the show's stats, cast, creative team and cast recording. First up: the 1970 musical Applause.

The Plot:
Applause is a backstage musical comedy concerning Margo Channing, a Broadway legend and Eve Harrington, an obsessed fan of hers. As Eve insinuates herself into vulnerable Margo's life, everyone in her path is affected. Eve becomes Margo's personal assistant, and later, her understudy. Margo's friends and colleagues, Karen, Buzz and Howard get drawn into Eve's plot to take over the leading role in their hit show. She also undermines Margo's romantic relationship with beau Bill. As Margo becomes wise to the wicked Eve's ways, it becomes a battle of wills, with fame - and love - at stake.

The original production was a product of its time - it took place in and around present day New York, 1970 that is. Drug references and one of musical history's first featured openly gay characters were featured, and there was a (for the time) groundbreaking scene in a Greenwich Village gay bar (below). The show's score definitely has that distinct "70s sound" a la Promises, Promises and Company. 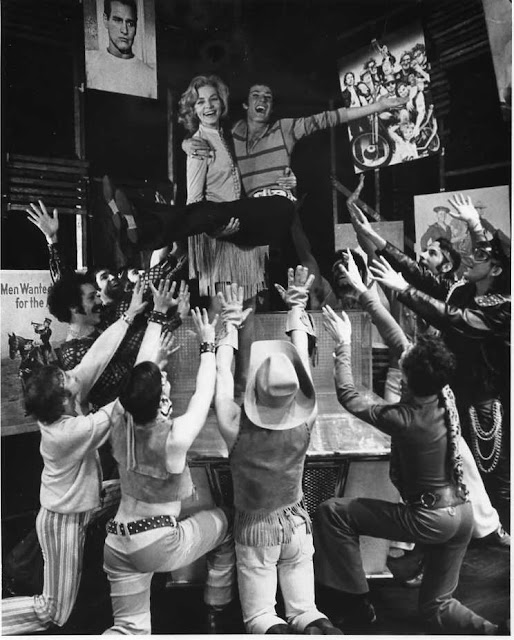 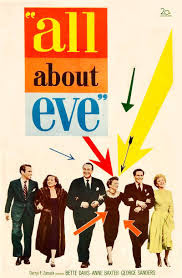 Applause is based upon Mary Orr's short story "The Wisdom of Eve" (1948) and the 1950 Twentieth Century Fox film All About Eve. When the writers had secured the rights to the short story, but not the Academy Award-winning film. Very late - too late, in fact - the film company relented and granted the rights to the screenplay. Not much could be done with the book by that point, but the songwriters were able to add "Fasten Your Seat Belts" based on the famous film line, "Fasten your seat belts, it's going to be a bumpy night."

Pre-Broadway:
The pre-Broadway engagement of Applause opened on January 26, 1970 at the Morris A. Mechanic Theatre in Baltimore, Maryland. Songs in the show that were cut before Broadway include "Disco," "It Was Always You," "Love Comes First," and "Smashing New York Times." The role of Eve Harrington was played by Diane McAfee, who would be replaced by Penny Fuller.

Television:
Long before The Sound of Music LIVE, Applause was adapted for television and aired on CBS in March 1973. It again starred Bacall and Penny Fuller, with Larry Hagman playing Bill. 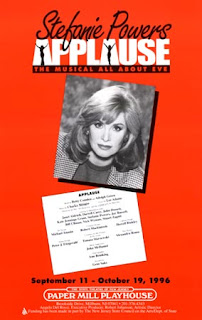 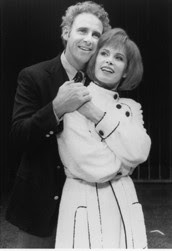 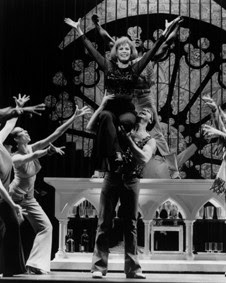 Pre-Broadway Revival:
Directed by Gene Saks and choreographed by Ann Reinking, a pre-Broadway tour was launched, produced by the Weislers, and starring Stefanie Powers and John  Dossett. Prior to the tour, the show played the Paper Mill Playhouse. It revival was reworked and updated, including two new songs, "She Killed Them!" in place of the title number, which now opened the show instead, and the 11 o'click number for Margo, "I Don't Want to Grow Old."

As fate would have it, I happened to see the show in 1996 at Baltimore's Morris A. Mechanic Theatre (home of the original pre-Broadway engagement), and I was there the night Ms. Powers broke her ankle mid-show. It was a loud, popping sound and the audience gasped, know right way what happened. Talk about a trouper! Powers finished the performance to thunderous applause and a call for a doctor in the house. The production played two more very brief engagements and closed on the road. 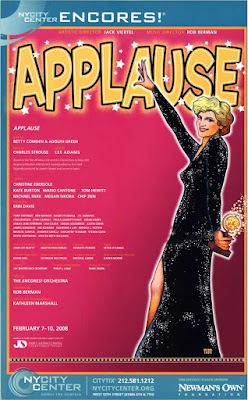 So far, the show hasn't been revived, but I think it could be quite a success with some tweaks to the orchestrations. Given the current stage door craze (and all of its potential hazards) and the effect of social media on the the arts, it could be quite the sensation.

Labels: Applause, Show of the Month