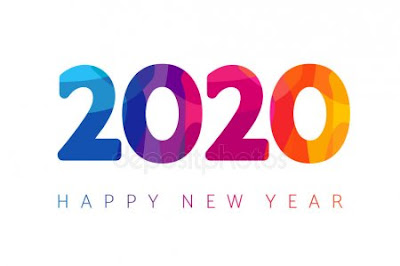 Before I look ahead and make new resolutions, it might be a good idea to look back at the goals I set exactly one year ago today. Last time around, I set three. Here they are again, and how I did with them:

I will try to curb my collecting of theater memorabilia.

I'd say this was mostly a success. While I still maintain my Playbill and cast recording collections, I didn't purchase a single window card this year. It is hard. I am dying to buy both of the Moulin Rouge! posters in the worst way. I have increased my collection of Lights of Broadway trading cards, though. There is a great upside to it though, and it's why I don't feel any guilt over it. That is that I've gotten to trade with some really nice people who share a common interest. And I got to contribute to the LOB booth for the Broadway Flea Market, so win-win! (By the way, if you want to trade cards or purchase some to complete your collection, I'd love to hear from you! Click the Lights of Broadway icon to your left, or tap the tab at the top of the page.)

I will try to understand theater "stans."

This was a losing battle, especially when these people feel so empowered that they felt justified in making threats against an actor and his family because they don't agree with the role he played.  Or the ones who feel that trashing a show that hasn't even started rehearsals because they see it as a threat to a current show they love. There are so many reasons and examples of bad and dangerous behavior that have made it impossible to agree with this, let alone understand it. Unfortunately, it will probably take a catastrophic event or tragedy to even make these people even pause to think about what they are doing.

I will try to understand why some people love certain shows that I don't...as long as they try to do the same with me.

I had some success in this area. Several of you have written to let me know that even if we don't agree on a show, you respect my reasons for not loving Hamilton or whatever show. Also, thanks in part to your urging me to give Dear Evan Hansen another chance, I did, and now I really like it. It'll never be my favorite, and I still have issues with some plot points, but I have had my mind changed about hating it. Thank you all for that!

So, here's what I am going to try and accomplish theater-wise over the next 12 months!

I will try to see more theater off-Broadway and regionally.

We missed out on some really great theater this past year. Honestly, though, it has more to do with time and money than a lack of interest. Last year, we only made it to three off-Broadway shows and four regional theater offerings. That's not a great number. I hope to see much more in 2020.

I will try harder to be more inclusive in my content.

Diversity. I really want to have more diversity in the people we celebrate each month, and the shows we highlight. I hope you all can help us with this.

I will try to ignore "stans."

Ooh. This will be soooo difficult. It takes a lot of energy not to respond to this stuff. But, just like I want to scream at these people, it is just as true for me: "Just because you have a right to say what you think doesn't mean you should." Wish me luck.